Abraham M. Keita (17) from Liberia has been bestowed with International Children’s Peace Prize 2015 during a ceremony in The Hague. He was presented with the prestigious award for demanding justice for children who are victims of physical or sexual violence and for successfully campaigning for the Liberian parliament to adopt the Children’s Law. 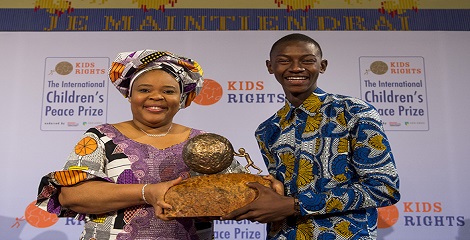 About Abraham M. Keita
Since 2008, Keita has played a prominent role in the Liberian Children’s Parliament, organising peaceful demonstrations and petitions, and lobbying successfully for children’s participation to be funded directly from the national budget.