Centre to relax PMGSY norms in Arunachal
i. Union government has agreed to relax the norms in Pradhan Mantri Gram Sadak Yojana to boost rural road connectivity for landlocked hilly Arunachal Pradesh state.
ii. The Union minister for Rural Development Minister Birender Singh gave his nod for relaxation on population norm for faster road connectivity.
iii. The state demanded long span bridges up to 200 metres on the rivers of Siang, Subansiri, Kameng, Lohit and Dibang.
iv. The Union Minister agreed to consider the same for which a technical team from the Ministry would visit the areas to assess the requirements and suggest appropriate technology.
v. Centre has agreed to enhance the allocation under PMGSY during RE (Revised Estimate) stage at the request of the CM Kalikho Pul from Rs 468 crore to 1100 crore during the current year in view of the enhanced target of constructing roads 1000 kms in the state.
Arunachal Pradesh:
♦ Governor: Jyoti Prasad Rajkhowa
♦ Chief Minister: Kalikho Pul
♦ Capital: Itanagar

National Research Development Corporation (NRDC) inks Agreements for Commercialization of New Technologies and Promotion of Start Ups
i. The National Research Development Corporation (NRDC), under Science Ministry has entered into Licence Agreements with Nabagram Resham Shilpa Unnayan Cooperative Society Ltd of West Bengal and Dariapur Rural Development Society of West Bengal for the commercialization of Ghar Sodhon,
ii. This agreement called Ghar Sodhon is to form a room disinfectant for silkworm rearing houses and appliances. It has been developed at the Central Silk Research & Training Institute under the Ministry of Textiles.
iii. These string of agreements of NRDC aids the Make in India and Start-up India Missions of the Government of India.
iv. The Technology Business Incubator – Centre for Incubation and Business has entered into a MoA with NRDC to support the activities of the Incubation Centre and their successful operation for socio-economic benefits.
v. The NRDC has also signed a MoA with Satyabhama University, Chennai for IP Protection and technology commercialization of their scientific and technological developments.

DRDO and Ayush join hands to impart yoga training to Defence Wing Staff
i. Delhi based DRDO’s laboratory Defence Institute of Physiology and Allied Sciences (DIPAS) DRDO in collaboration with Department of AYUSH organised a training program on Yoga for the Defence Wing Staff.
ii. In the training programme 33 participants from Army, Defence Wing Staff, Navy and Air Headquarters took part.
iii. Participants were trained by professional yoga trainers on various aspects of asanas, breathing exercise and meditation for improving physical, physiological and mental well-being.
iv. Earlier the DRDO’s lab has imparted training to about 8000 Army and Paramilitary personnel deployed at various locations.

Rich tributes to Krishna Menon in U.K. on his 120th birth anniversary
Rich tributes were poured to former defence minister and India’s first high commissioner to the UK V K Krishna Menon on his 120th Birth Anniversary organised in a function in London.
Vengalil Krishnan Krishna Menon:
i. Menon hailed fromKozhikode in Kerala. He graduated from Presidency College, Chennai with a B.A. in History and Economics. 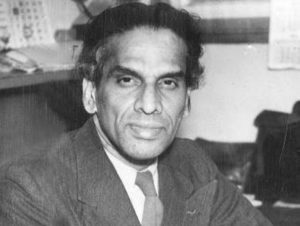 ii. Menon was elected as a Councillor at the Camden Borough way back in 1934 and continued to be a Councillor for the next 14 years. Menon died at the age of 78 in 1974.
iii. He became MP of theRajya Sabha in 1953 from Madras. In 1956, he joined the Union Cabinet as Minister without Portfolio and was made Minister of Defence in 1957, later winning the North Bombay seat to the Lok Sabha.

Cabinet approves currency swap deal with UAE
i. Union Cabinet chaired by the Prime Minister Narendra Modi has approved the Memorandum of Understanding (MoU) between Reserve Bank of India (RBI) and Central Bank of United Arab Emirates (UAE) on co-operation concerning currency swap agreement. The MoU inked in February, this year.
ii. The MoU will further strengthen the close economic relationship and cooperation between the sides.
iii. Under this approval India and the UAE will be a step closer to bilateral currency swap on mutually agreed terms and conditions.
iv. The agreement is to be expected to facilitate invoicing of bilateral business in local currencies.
United Arab Emirates:
♦ Capital: Abu Dhabi
♦ Currency: United Arab Emirates dirham
♦ President: Khalifa bin Zayed Al Nahyan

NASSCOM, Facebook ink MoU to engage with India’s entrepreneurs
i. Indian IT Trade body NASSCOM has signed a MoU with Facebook to build a product design initiative to help young entrepreneurs into becoming problem solvers and solution builders.
ii. This initiative is likely to propel innovative thinking and approaches to build solutions in key sectors where technology can play a transformational role.
iii. The MoU is aimed to help develop this ecosystem and bring in the design thinking. The idea is to ensure that at least 500 plus product start-ups get enabled tools programs, more than 5,000 design thinking professionals.
National Association of Software and Services Companies:
♦ Inception: 1988
♦ Headquarters: New Delhi
♦ Chairman: C P Gurnani

IREDA may be converted into a Green Bank 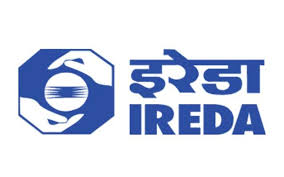 i. State owned Indian Renewable Energy Development Agency (IREDA) may be converted into a Green Bank to enable it to access funding from overseas banks.
ii. The conversion will be done without undergoing any altercation in its basic structure to enable it access funding from overseas banks that are currently not supporting the solar and wind funding.
iii. The proposal is being well supported by the Union Power Ministry as this conversion would pave the way to avail of certain benefits.
iv. A green bank could offer lower interest charges than traditional banks and tap into international capital to finance solar and wind projects to help Indian power sector.
v. The country needs as much as USD 264 billion in funding to reach its target of producing 160 GWs of power from solar and wind energy by 2022.
Indian Renewable Energy Development Agency Limited:
♦ IREDA is comes under a Mini Ratna of Indian Enterprise under the administrative control of Ministry of New and Renewable Energy (MNRE).
♦ IREDA is a Public Limited Company established in 1987.

Reliance Power to setup plant in Bangladesh
i. Reliance power is all set to setup a 3,000 MW LNG-based power plant in Bangladesh as its  Government of  has granted in-principle approval for the first phase of Reliance Power’s project in the country.
ii. The first Phase of 750MW gas-based power plant established at Meghnaghat near Dhaka, along with a floating storage of 2 million tonnes and regasification unit (FSRU) at Moheshkhali Island in Bangladesh.
iii. The first phase will be commissioned in 24 months will help in meeting Bangladesh’s rising demand for electricity.
iv. This is set be the largest foreign direct investment in Bangladesh with a potential investment of over USD 1.3 billion in the power sector. Total investment power plant together with LNG terminal would be closely USD 3 billion.

Thirty seven Indian researchers shared among Special Breakthrough Prize for LIGO
From various institutions : Raman Research Institute (RRI) and the International Centre for Theoretical Sciences (ICTS)
Situated in : Bengaluru
Awarded Purpose : For the detection of Gravitational waves
About LIGO:
It is an expansion of Laser Interferometer Gravitational-Wave Observatory. It is announced the discovery of Gravitational Waves ,earlier this year. It is considered to be the Prestigious prize. This project highlighted for the humongous Indian participation.
Areas : This award given for the everlasting performance in basic science and mathematics 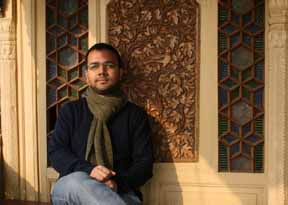 ii. The funny fiction is about four men in search of a cow was adjudged the best piece of unpublished short fiction in English from Asia and will receive 2500 pounds prize.
iii. The author is set to compete for the 5000 pounds grand prize to be announced at the Calabash International Literary Festival in Jamaica later this year.
Prashar Kulkarni:
♦ Kulkarni is an assistant Professor in Social Sciences at Yale NUS College Singapore who works at the intersection of religion and political economy.
♦ Earlier he bagged the British Academy Brian Barry Prize in Political Science (2015) for his research on religion, property rights and violence against women.

Radha Binod Barman took over as part-time Chairperson of NSC
i. The Statistics Ministry appointed Radha Binod Barman as part-time Chairperson of the National Statistical Commission.
ii. In the advisory body S Mahendra Dev, Rahul Mukherjee, Rajiv Mehta and Manoj Panda are the other part-time Members in the Commission.
iii. The advisory body on all statistical matters, set up to enhance public trust in official statistics.
National Statistical Commission:
♦ The statistical body was established in 2006 based on the recommendation of Rangarajan Commission to reduce problems faced by statistical agencies in the country in relation to collection of data.
♦ The objective of its constitution is to reduce the problems faced in relation to collection of data by the statistical agencies in India.

Fleming to become next MCC President
i. Former England all-rounder Matthew Fleming has been appointed as the next Marylebone Cricket Club president. He was nominated by the current president Roger Knight at the AGM at Lord’s.
ii. Prior to his new appointment he is the current Chairman of Cricket and will take charge on October 1, 2016.
iii. Fleming is currently Chairman of Cricket, having been elected for the post in October 2013, and will be the youngest MCC president for 36 years, since Peter May served in 1980.
Matthew Fleming:
♦ The England all-rounder played 11 One-Day Internationals for England.
♦ He played 219 first-class games for Kent scoring 9206 runs at an average of 30.18 and took 290 wickets at 35.91.

Sunil Lanba to take over as next Indian Navy chief 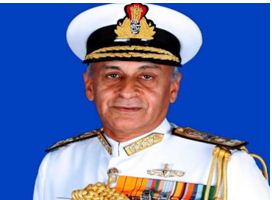 i. Defence Ministry appointed Sunil Lanba as the new Chief of Naval Staff and will assume charge on May 31. The appointment was decided by the government.
ii. He is currently the Flag Officer commanding-in- Chief Western Naval Command. He is will succeed Robin K. Dhowan as the Chief of Naval Staff when the latter retires in May this year.
iii. He is an alumnus of National Defence Academy and was commissioned in the Executive Branch of the Indian Navy in 1978.
iv. Sunil is also an alumnus of the College of Defence Management, Secunderabad, where he has served as a faculty.
Indian Navy:
♦ The Indian Navy is the fifth largest in the world. The Indian Navy is headquartered in New Delhi.
♦ Indian Naval Academy atEzhimala in Kerala  established in 2009, it is the largest naval academy in Asia

US Navy tested world’s largest unmanned surface vessel Sea Hunter
i. The US Navy tested world’s largest unmanned Surface Sea Hunter, As it pave the way for the first step toward sending unmanned cargo vessels between
ii. With this Pentagon witnessed the surface vessel, a self-driving 132-foot ship could travel up to 10,000 nautical miles on its own to hunt for stealthy submarines and underwater mines.
iii. The country’s research arm, the Defense Advanced Research Projects Agency developed the ship in collaboration with Virginia-based Leidos.
Sea Hunter War Ship:
♦ The driverless ship’s projected $20 million (£14.2 million) price device and its $15,000 (£10,650) to $20,000 (£14,300) daily operating cost make it relatively inexpensive. 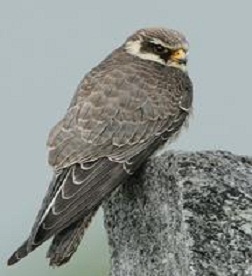 Sanctuary near the Pench Tiger Reserve near Nagpur,  The bird has one of the longest and most fascinating migratory paths in the avian kingdom.
ii. The rare bird is from the North-eastern State of Nagaland, before pass through a staggering 22,000 km from there to South Africa then onto Mongolia and back to Nagaland.
iii. It breeds in south-eastern Siberia and North-eastern China somewhere the Amur River distributes the Russian Far East and China.
Amur Falcon:
♦ It is a small raptor of the falcon It breeds in south-eastern Siberia and Northern China.
♦ Amur Falcon falls under Least Concern category in IUCN List