From various institutions : Raman Research Institute (RRI) and the International Centre for Theoretical Sciences (ICTS)
Situated in : Bengaluru
Awarded Purpose : For the detection of Gravitational waves

It is an expansion of Laser Interferometer Gravitational-Wave Observatory. It is announced the discovery of Gravitational Waves ,earlier this year. It is considered to be the Prestigious prize. This project highlighted for the humongous Indian participation. 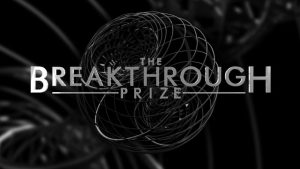 Areas : This award given for the everlasting performance in basic science and mathematics

The Foundation  said that the $3 million award will be equally distributed by LIGO founders Ronald WP Drever, Kip S Thorne and Rainer Weiss along with 1012 contibutors.

Other centres from Indian researchers contributed towards this project:

Some of the data analysis computations were performed at the LIGO Tier-3 grid computing facility at ICTS.