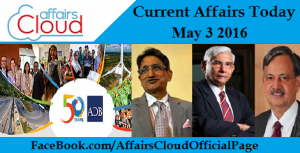 i. In order to save the environment, Haryana & Punjab Forest Department inked MoU with Ministry of Railways to plant the trees alongside Railway Track on Railway Land Boundary.
ii. Signed between Pankaj Saxena, Chief Engineer /P&D, Northern Railway on behalf of Minister of Railways and Dr. (Mrs.) Amrinder Kaur, Principal Chief Conservator of Forest (PCCF) on behalf of Minister of State (IC) for Environment, Forest and Climate Change
iii. Railway can contribute significantly towards the Green India Mission

Telagana Chief Minister K. Chandrasekhar Rao performed the Bhoomi Puja for the Kaleshwaram Project
Aim: Connecting the Godavari River through a series of barrages, reservoirs and enhanced irrigation schemes.
i. CM stated that new formed Telangana state will get water from both Krishna and Godavari rivers as per allocations done
ii. The Spices park will be set up in Padigal in Nizamabad district with investment of Rs. 31 Crore

(i) The Rajya Sabha approved an amendment to the mining law that allows Transfer of captive mines in cases of mergers and acquisitions.
(ii) The amendment has been cleared by Parliament, with this decks cleared bill is likely to help transfer of non-auctioned mines to happen smoothly.
(iii) Mines minister Narendra Singh Tomar said that the amendment was in the larger interest of workers and the provision was not intended to benefit any industrial house. 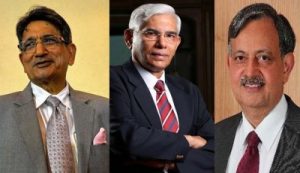 (i)  Supreme Court appointed a three-member panel headed by RM Lodha to oversee how the regulator of medical profession and education in India function
(ii)  The five-judge constitution bench headed by Justice AR Dave ordered to reform the Medical Council of India.
(iii) MCI’spolicydecisions will require approval of the oversight committee. The committee empowered to issue appropriate remedial directions to the Medical Council.
(iv) In the committee has the panel has former CAG VinodRai and Dr SK Sareen.Initially the panel will function for a year.

(i)  Mumbai based National Stock Exchange to launch a trading platform for small and medium enterprises (SMEs). This is the first dedicated exchange for micro SMEs.
(ii) The exchange where MSME bills against large companies can be accepted electronically and auctioned so that these small enterprises are paid promptly.
(iii) The new platform is a joint initiative of NSE and Small Industries Development Bank of India (SIDBI).
(iv) This is in line with the Central Bank’s (RBI) idea to instrument such a model for the benefit of a vast section of small businesses in India.

(i)  Australian entrepreneur Craig Wright has publicly identified himself as Bitcoin creator Satoshi Nakamoto. He has decided to make his identity known to stop the spread of misinformation about the virtual currency.
(ii) Craig Wright is the man previously known by the Satoshi Nakamoto. The computer scientist, inventor and academic launched the currency date back in 2009 with the help of others.
(iii) Wright sustained his claim by signing digital messages using cryptographic keys used during the early days of Bitcoin.
(iv) Jon Matonis is also one of the founding directors of the Bitcoin Foundation. He is convinced that Wright is who he claims to be and is responsible for a brilliant achievement.

(i)  Power major Bharat Heavy Electricals Ltd (BHEL) announced the commissioning of a 600 MW coal-based thermal power plant in Madhya Pradesh.
(ii) The Avantha group’s Jhabua Power Ltd developed unit has been commissioned at the 1×600 MW Thermal Power Project (TPP) located in Seoni district of Madhya Pradesh.
(iii) This is the second project of APIL earlier the power major BHEL commissioned the 1×600 MW in Chhattisgarh.
(iv) The New Delhi based BHEL will look into the contract envisaged design, engineering, manufacture, supply, erection and commissioning of steam turbine, generator and boiler, along with associated auxiliaries and electricals, besides controls and Instrumentation and electrostatic precipitators.

An Indian based American Sikh woman Harmeet Kaur Dhillon from California has been selected to a major position in the Republican Party at the National Level.

Sachin Tendulkar to be India’s goodwill ambassador at Rio Olympics 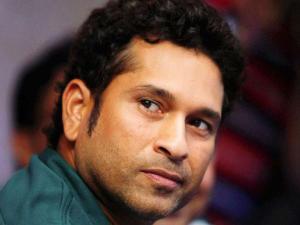 (i)  The Master Blaster Sachin Tendulkar has accepted India’s Olympic Association’s invitation to become the Goodwill Ambassador for the 2016 Rio Olympics.
(ii) Ever since IOA named Salman Khan as ambassador comments up roared in social media, the Olympic body were forced into naming other ambassadors after a furor over naming a non-sporting ambassador.
(iii) The goodwill ambassadors would play as iconic sports persons and celebrities will spread the idea of Olympic movement in every nook and corner of the country.
(iv) Earlier the IOA named Beijing Games gold medalist shooter AbhinavBindra as another Goodwill Ambassador.

(i)  Future Group appointed Kishore Biyani as the managing director of Bharti Retail group as part of the reconstitution of the board following their merger pact that was announced last year.
(ii) Biyani is additionally a director at Future Group and also been appointed as Joint Managing Director of Bharti Retail.
(iii) Future Retail Ltd will be renamed as Future Enterprises will own and manage the back end retail infrastructure for operating the retail network as well as the investments in its string of companies.
(iv) Besides the Future Retail will be responsible for the front-end retail operations of the group.

(i)  Sundar Pichai led search giant Google has acquired a Toronto-based business technology start-up Synergyse to scale training offerings for Google Apps to its customers and customers’ users. However Google did not disclose the monetarist matters of the deal.
(ii) The Tech Start-up founded by an Indian-origin entrepreneur Varun Malhotra in 2013 with an aim to teach users how to use Google Apps. (iii) The Google Apps ranges from Gmail, Calendar, Drive and Docs, was made to offer cloud-based productivity and communications around the world. 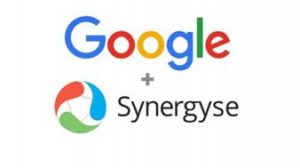 (i) Scientists have developed a microscopic engine which is set be the smallest in the world, which capable of driving nanobots, and medical robots that could travel through the body.
(ii) The tiny engine is just a few billionths of a metre in size, which is powered by light and may help develop nano-machines that can navigate in water, sense the environment around them, or even enter living cells to fight disease.
(iii) The engine produces a propulsive force on a microscopic scale that is a hundred times greater per unit weight than any known motor or muscle.
(iv) The Ant is driven by physical rather than chemical reactions. It contains gold nanoparticles of about 0.06 microns in diameter in water with a gel-like polymer called pNIPAM.

(i) Scientists have developed Smallest Thermometer in the world using DNA structures that can fold and unfold at specifically defined temperature functions.
(ii) The world’s tiniest thermometer that is 20,000 times smaller than a human hair will significantly help in understanding of natural and human designed nanotechnologies by enabling to measure temperature at the nanoscale.
(iii) These nanoscale thermometers open many exciting avenues in the developing field of nanotechnology, and help to better understand molecular biology.

(i)  Punjab’s Golden Temple will now have free Wi-Fi internet access for the devotees visiting within the temple complex and its peripheral area. The free wi-fi facility will be provided by Videocon.
(ii)  Keeping religious ethics in view, this facility will not be available inside the sanctum sanctorum of the temple and the marbled area around the water pond.
(iii) The service would be available in all nearby routes around the periphery of Golden Temple, besides all the guest-houses run by SGPC in the temple. 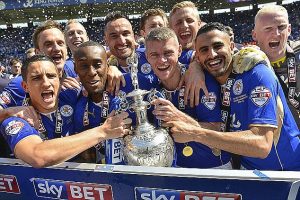 (i)  English football club Leicester city FC secured its first Premier League title short of playing after second-place Tottenham drew 2-2 at Chelsea.
(ii)  The English club was playing in the second tier only two years ago came close to be demoted again last year and started this season as 5,000-1 outsiders for the title.
(iii) With this the first time in their 132-year history, Leicester could be the first club since Nottingham Forest in 1977-78 to win the league title for the first time, having only once before in 1928-29 finished as runners-up.

(i)  Australia placed at the top of the MRF Tyres ICC Test Team Rankings following the annual update with the results from 2012-13 and outcomes from the 2014-15 series weightage given at 50%.
(ii) In the official rankings India now leads third-placed Pakistan by just one point. The yearly Test update has resulted in South Africa dropping from third position to sixth spot.
(iii) In the rankings India is been put up at second place.

(i)  Senior Congress leader Romesh Sharma passed away after a prolonged illness. He was 65. He was also Former Jammu and Kashmir Minister.
(ii) He is Minister from Nowshera Constituency Sharma who was also an Ayurvedic doctor, joined politics before 2000 and won the Assembly elections in 2002.
(iii) He was a Minister of State Commerce and Industries in late Chief Minister Mufti Sayeed’s regime and later as MoS PHE and Irrigation & Flood Control in Ghulam Nabi Azad led government till 2008.

(i)  World Press Freedom Day is celebrated every year on May 3 to mark the international community that freedom of the press and freedom of expression are fundamental human rights. 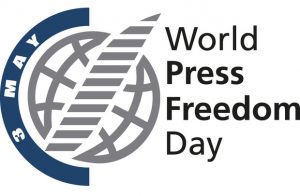 (ii)  This year Theme is:Access to Information and Fundamental Freedoms – This Is Your Right.
(iii) The Day was established by the General Assembly of the UN Nations in 1993 as an outgrowth of the Seminar on Promoting an Independent and Pluralistic African Press.
Press Freedom Index: