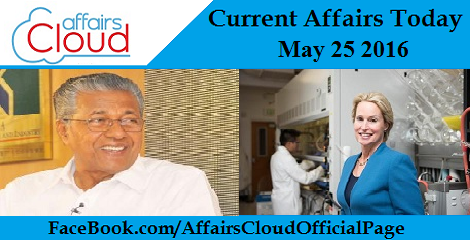 Govt renames disability dept; ‘divyang’ replaces ‘viklang’
i. The Department of Empowerment of Persons with Disabilities named as ‘Divyangjan’ Sashaktikaran Vibhag in Hindi, after leaving the word ‘viklangjan‘ from its previous terminology.
ii. This decision comes from the centre after PM Modi emphasized such changes in his so called radio address Mann Ki Baat last December that physically challenged people have a “divine ability” and the term “divyang” should be used in place of viklang.
iii. Upon this renaming the ‘Viklangjan’ Sashaktikaran Vibhag will be Divyangjan’ Sashaktikaran Vibhag mean Department of Empowerment of Persons with Disabilities that runs under Social Justice and Empowerment, facilitates empowerment of persons with disabilities.
iv. Once the president gives assent in Government of India (Allocation of Business) Rules, 1961 the formal name will be used in regular business.

President signs NEET ordinance
i. President Pranab Mukherjee signed an ordinance to keep states beyond the sphere of a 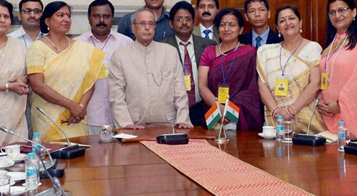 Supreme court ordered single, all-India medical entrance- test in the academic year.
ii. The decision to set aside the entrance test is cleared by Union Cabinet with a list of explanations afterwards President Pranab Mukherjee sought an explanation for the reasons behind bringing in the ordinance and reportedly consulted domestic experts.
NEET Test:
♦ Upon this the state governments will get an option to either conduct their own exam or go for NEET to fill UG seats. Meanwhile for PG courses, the exam will be held under NEET for 2017-18 session, in December this year.
♦ Once an examinee qualifies in the NEET he or she can apply for admission to any college of their choice across the country. 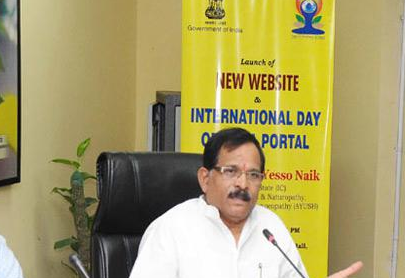 HRD Ministry plans to launch the world’s largest student-tracking programme, Shala ASMITA Yojana(SAY)
i. Union HRD Ministry is set to launch Shala Asmita Yojana which is a programme that would probably be the world’s largest student tracking system for both private and government schools.
ii. The proposed Scheme aims to track the educational journey of close to 25 crore school students from Class I to Class XII across 15 lakh schools in India.
All School Monitoring, Individual Tracing Analysis:
Under ASMITA the government will track students through their Aadhaar numbers as almost 65 per cent of school students in the age group of 5 to 18 years have that and those who don’t will be provided with a unique identity number.

UGC approves new norms for deemed universities
i.UGC has approved a set of Regulations in its Commission in a meeting to reduce subjectivity” and “government interference” and focus more on quality for deemed Universities.
ii.This move enables an institution to become a deemed university if it has undergraduate and 5 post-graduate programmes with research in existence for 3 years also should have a minimum 40 per cent open space of the total built up area.
The Mandatory Building Requirement to become Deemed University:

Quality Education Requirements:
♦ National Assessment and Accreditation Council grading is needed for 3 cycles to ensure high quality each such cycle is of 5 years.
♦ The rules gives other way that  the institute should have higher NAAC or (National Board of Accreditation) NBA at the time of application and previous cycle and is in top 20 institutes of the National Institute Ranking Framework at the time of application and preceding two years.
University Grants Commission:
♦ Formation‎: ‎1956
♦ Headquarters‎: ‎New Delhi
♦ Chairman‎: ‎Prof. Ved Prakash enhance Gulf’s main tourism and business development.
ii. The unique building area sprawls about 2,700-square-foot which is a single-story building was built in just 17 days using a gigantic, 20-foot tall 3D printer and a special mix of concrete, fiber reinforced plastic and glass fiber reinforced gypsum.
iii. The building was completed for a mere $140,000 in construction and labor costs or about half the money of a comparable structure made with conventional methods.

Govt revises norms of Performance in Credit Rating Scheme
i. Union Government has approved the revision in guidelines of the Performance in Credit Rating Scheme to increase its credibility and effectiveness for both borrowers and banks.
ii. Performance and Credit Rating Scheme is implemented by Ministry of MSME through National Small Industries Corporation.
iii. Meanwhile under this Scheme only rating agencies registered by SEBI and empanelled as External Credit Assessment Institution (ECAI) by RBI would be eligible to work out rating of MSEs.
iv. The revised guidelines makes the fee to be paid to the rating agencies shall be based on the turnover of the micro and small enterprises which has been categorized into three pillars.

World Bank group launches Pandemic Emergency Finance Facility
i. The World Bank Group has launched the much anticipated Pandemic Emergency Finance Facility to quickly mobilize funds to tackle global disease outbreaks and create a new insurance market for pandemic risk.
ii. This facility is expected to bring the much needed coordination and speed for future global disease outbreak response efforts.
iii. The intend of the Financing Facility, revealed at a G7 finance ministers meeting in Japan, is to make funds instantly available for controlling the spread of particular infectious diseases, thereby saving lives and money over the longer-term.

Cabinet gives ex-post facto approval to the Yes Bank’s proposal for increase in the FDI limit
i. Cabinet Committee on Economic Affairs headed by the Prime Minister Narendra Modi has granted ex-post facto approval to the proposal of Yes Bank for scale up in the foreign investment limit to 74% from the present foreign equity limit of 41.87%.
ii. This increase in the limit comes without any sub-limits, for investment by way of issue of non-equity shares and/or other permissible instruments to eligible non-resident investors.
iii. This approval comes of instruments that includes Qualified Institutions Placement (QIP) of equity shares and/or issue of ADRs/GDRs and/or QFIs/FPIs under the Portfolio Investment Scheme (PIS) by acquisition of permissible securities on stock exchange.

Bank of India to now settle tea e-auctions
‎i. Kolkata based Tea Board has designated Bank of India as the new settlement bank for Pan­India E-auction from sale number 25. After IndusInd Bank lost the status and Rs 8,000 crore business in the process.
ii. The biggest lender in the country SBI which handles e­auction of tea for the KOLKATA auction centre, will also lose the status of a settlement bank.
iii. The Mumbai based lender will start working as a settlement bank for all the six auction centres­­Kolkata, Guwahati, Siliguri, Cochin, Coonoor and Coimbatore.
Tea board of India
♦ Headquarters‎: ‎Kolkata
♦ Inception‎: ‎1953
♦ Chairman‎: ‎Santosh Sarangi 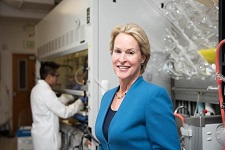 i. US hailed biochemical engineer Frances Arnold is the first woman in its 12-year history to win a $1.1 million international technology prize for her innovative work on directed evolution, a method of creating specific traits in enzymes.
ii. With this win Arnold became the fourth U.S. Citizen to bag the prestigious Technology Prize.

Millennium Technology Prize:
♦ The Prize aims to be the technology equivalent of the Nobel Prize for Science. The prize is presented by the President of Finland.
♦ It is awarded once every two years by Technology Academy Finland, it was first awarded in 2004 in the Pink Panther films.
ii.The British actor starred in BBC sitcom Last of the Summer Wine from 2002 to 2010 and he was awarded an Order of the British Empire in the 2011.
iii.The UK born actor had lived with his Chinese parents in Shanghai also starred in three Bond movies, Goldfinger, You Only Live Twice and the 1967 spoof Casino Royale.

Newly elected AIADMK MLA ‘S.M. Seenivel’ passes away
i. Newly elected MLA from Tiruparankundram constituency belonging to All India Anna Dravida Munnetra Kazhagam S.M. Seenivel has passed away in Madurai.
ii. Seenivel has suffered a stroke that day and remained hospitalized since then as his condition gradually worsened.
iii. He also had already served as an MLA of same constituency when AIADMK was in power between 2001-06.
iv. The AIADMK formed its second consecutive government first time since 1984 by winning 134 seats in the recently held public elections.

‘Encyclopedia’ of languages of Gujarat published
i. Vadodara based Bhasha Research and Publication Centre released the publication of the Gujarat, Diu & Daman and Dadra & Nagar Haveli Volume of the Peoples Linguistic Survey of India Series.
ii. It would be released by the Gujarat Governor O P Kohli and it was edited by Kanjibhai Patel and published by Orient Blackswan.
iii. The volume consolidates totally 49 languages or dialects spoken in gujarat including the languages of coastal, tribal and nomadic societies.
iv. The carried out survey findings and documentation are in pipeline to get published as a linguistic encyclopaedia of 70 volumes.