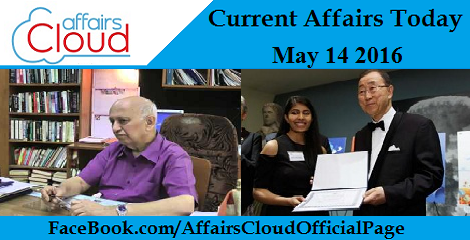 Supreme Court upholds constitutional validity of criminal defamation law
i. The Supreme Court upholds the validity of the criminal defamation law of the 156-year-old penal laws.
ii. The court gave its verdict on a batch of petitions filed that challenging the constitutional validity of sections 499 and 500 of the Indian Penal Code providing for criminal defamation.
iii. The petitioners include the ones by Congress –Rahul Gandhi, Arvind Kejriwal and BJP leader Subramanian Swamy.
iv. A bench comprising Justices Dipak Misra and Prafulla C Pant gave eight weeks to petitioners Mr. Gandhi, Mr. Kejriwal and Mr. Swamy to challenge pending criminal defamation cases in High Courts or face trial.
v. The court observed that the right to freedom of speech is not an absolute right and further saying that Right to free speech is not absolute. It does not actually freedom to hurt another’s reputation which is protected under Article 21 of the Constitution. 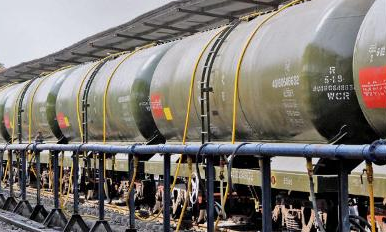 i. Union Railways Minister Suresh Prabhu has called for withdrawal of Rs 4 crore expenditure bill which was sent to the drought-hit Latur for water trains sent to the region.
ii. The Ministry also pledged to cater to the need of the people in the parched areas of Marthahwada region till the crisis end.
iii. Railways named these trains as Jaldoot (Water Trains) has carried more than 6 crore litres of water from Miraj to Latur till date. The name of the train is to emphasize importance of this crucial service.

Dial-100 emergency service set to be launched in UP on Oct 2
i. Uttar Pradesh government is set to launch the ‘Dial-100’ across the state on October 2
the CM Akilesh Yadav would launch the service in Lucknow, Agra, Kanpur, Jhansi and Ghaziabad.
ii. The project’s headquarters at Lucknow’s Shaheed Path is under construction and it has been decided that 100 women personnel would be posted at the call centre. Two sub-centres would be established in Agra and Varanasi.
iii. On this project there are 4,800 vehicles would be active in 75 districts of the state, of which 3,200 would be four wheelers and 1,600 two wheelers. All these vehicles would be installed with GPS also would be painted in black.

Haryana govt notifies Jat reservation Bill
i. BJP led Haryana government has notified the Haryana Backward Classes (Reservation in Services and Admission in Educational Institutions) Act, 2016. The bill moved by Chief Minister Manohar Lal Khattar was passed by voice vote.
ii. Under this act the government is entitled to provide reservation in services and admission in educational institutions to persons belonging to backward classes in the State.
iii. The Act offers 10 per cent reservation in service for Class III and IV posts and six per cent reservation in Class I and II posts to the Jat, Jat Sikhs, Ror, Bishnoi, Tyagi, Mulla Jat or Muslim Jat in Schedule III.
iv. The permitted 10 per cent reservation for admissions to educational institutions to people belonging to these castes. Jats form the largest caste in Haryana with around 25% population.
Haryana:
♦ Capital: Chandigarh
♦ Chief Minister‎: ‎Manohar Lal Khattar
♦ Governor‎: ‎Kaptan Singh Solanki

Singaporean and Hong Kong terms join Oxford English Dictionary
i. The Oxford English Dictionary(OED) added 19 Singaporean terms and 13 Hong Kong terms in its latest update.
ii. The update styles itself as the definitive record of the English language, includes about 500 new words and phrases from around the world.
Some of the words are given below:

India’s GDP likely to expand by 7.7% in FY17: NCAER
i. New Delhi based non-profit Economics think tank projected India’s economic growth rate to grow marginally to 7.7 percent in 2016-17.
ii. Sub-par monsoon have resulted on the output in the last two years of the agriculture sector that has witnessed meagre growth on account of drought in the past.
iii. The average rate of growth in the agricultural and allied sectors’ GDP for 2014-15 and 2015-16 has been a low 0.5 percent.
iv. Earlier the Confederation of Indian Industry of India predicted that it is likely to register a GDP growth of around 8 percent in current fiscal.
v. IMD has predicted monsoon for this fiscal at 106 per cent of the Long Period Average with a model error of ± 5 %.
National Council of Applied Economic Research:
♦ The Economic Research Think tank is established in 1956 with financial support from the Ford Foundation, Finance Ministry and Tata Sons.
♦ It is head quartered in New Delhi, also Nandan Nilekani is President of the Governing Body.

Indian artist, Anjali Chandrashekar wins award at UN poster contest on N-disarmament
22 year old Indian Artist Anjali Chandrashekar won award at UN poster contest on N-Disarmament and appreciated by UN Secretary General, Ban Ki-moon.
♦ The competition was structured to remember the anniversary of the first UN General Assembly resolution adopted in 1946 establishing a Commission to deal with problems related to the discovery of atomic energy.
♦ Title of the Competition: ‘Cutting Barriers through Peace’ 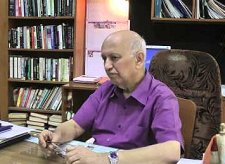 i. Former ISRO scientist and Professor Udupi Ramachandra Rao will be honoured with the 2016 IAF Hall of Fame Award by the International Astronautical Federations for his immense contribution to the progress of astronautics.
ii. This honour consists of a permanent gallery of these personalities, including a citation, biographical information and a picture, in a special part of the IAF web presence.
iii. Also this year’s 67th International Astronautical Congress will be held in Mexico later this year.
UR Rao:
Earlier he was awarded the Padma Bhushan by the Government of India in 1976. He was inducted into the Satellite Hall of Fame.
International Astronautical Federation:
♦ The International space advocacy organisation head quartered in Paris, and founded in 1951.
♦ The space agency has over 300 members from 66 countries across the world

Kerala bags LPMI’s ‘Best Family Destination’ 2016 award
i. Kerala has been awarded the best family destination in the country in the Lonely Planet Magazine India Travel Awards 2016.
ii. The state Tourism Director U V Jose received the award at a function in Mumbai in an annual awards showcase the best travel experiences available to Indians and anoint the best service providers the magazine observed.
iii. Kerala had earlier bagged the Ulysses Prize of the United Nations World Tourism Organisation for its contribution as a global leader to sustainable tourism.
iv. This award being judged for –
♦ The best place to take the family along for a holiday,
♦ The best destination for culture and to relax categories.

Gianni Infantino names Fatma Samoura as FIFA’s first female secretary general
Senegal Based Fatma Samoura has been elected as FIFA’s first Female Secretary General as she has no experience in Soccer administration.
About Fatma Samoura:
♦ Brought up from Senegal aged 52 who has replaced Frenchman Jerome Valcke
♦ Started her United Nations career with the World Food Programme in Rome in 1995 and has served as a representative or director in six African countries
♦ United Nations Development Programme Resident Representative in Nigeria. 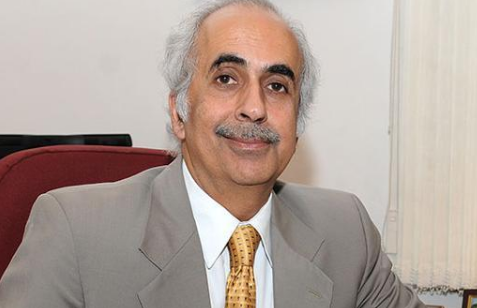 chairman after obtaining a clearance from the market regulator Securities and Exchange Board of India.
ii. He is set fill the shoes of previous holder S.B. Mathur.
iii. Chawla retired as CCI chairman in January after being at the helm for nearly five years. iv. He has also served as finance secretary and civil aviation secretary.
v. Earlier this year he was appointed as chairman of The Energy and Resources Institute (TERI) and as Additional Director by Yes Bank in March.
National Stock Exchange:
♦ Founded: 1992
♦ Headquarters: Mumbai
♦ CEO: Chitra Ramkrishna

Hindupur Pradeep Rao appointed as Deputy CAG
i. The Appointments Committee of the Cabinet has approved the appointment of senior audit service officer Hindupur Pradeep Rao as Deputy Comptroller and Auditor General (CAG) with effect from July 1, 2016.
ii. Pradeep is a 1981 batch officer of Indian Audit and Account Service, is presently working as Additional CAG. Comptroller and Auditor General is country’s top auditing body.
iii. In another appointment the cabinet committee has also appointed A K Mittal as Member (Engineering) in Railway Board here.
iv. AK Mittal belongs to Indian Railway Service of Engineers, is presently General Manager of East Central Railway.
v. Shashi Kant Sharma is the 12th and current CAG of India. 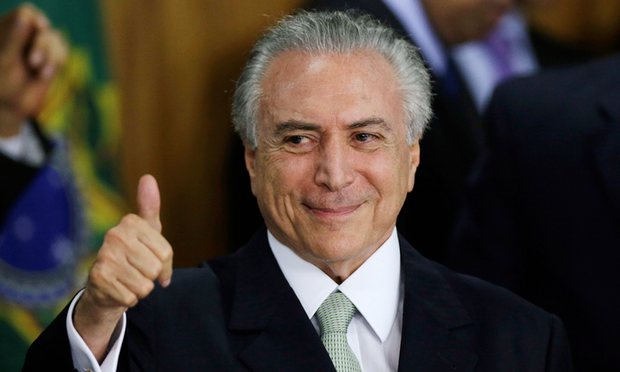 i. Brazil’s interim president Michel Temer set to remain in office till 2019. He took over the presidency from Brazil’s first female President Dilma Rousseff, who was suspended from office for 180 days over an impeachment.
ii. He will run Brazil amidst some of its most turbulent and eventful times as country is facing its worst recession and in August it will host the Olympic Games for the first time in its history.
Brazil:
♦ Capital: Brasilia, Currency: Brazilian real
♦ It is the world’s fifth-largest country, both by area and population.
♦ Brazil has been the largest producer of coffee for the last 150 years. batting out a longest individual net session of straight 51 hours beating the record set last year by India’s Virag Mane, who had batted a straight 50 hours.
ii. He started batting and completed his marathon effort came during a charity session in aid of the Rwandan Cricket Stadium Foundation and the proceeds will be utilized to raise money to build an international stadium in Rwanda.
iii. The batsman’s stint began on May 11th and ended on May 13th,
iv. Earlier the RCSF had set the many world record feats which includes in 2014, the charity broke the mark for the highest-ever cricket match, played at an altitude of 5730m on Mount Kilimanjaro.
Rwanda:
♦ Capital: Kigali
♦ Currency: Rwandan franc
♦ President: Paul Kagame

US activates $800m missile shield base in Romania
i. The United States has activated a land-based $800 million missile defence station in Romania, which sees as vital to defend itself and Europe from alleged rogue states.
ii. The remote Deveselu air base is declared operational the ballistic missile defense site, which is capable of shooting down rockets from countries such as Iran that could one day reach major European cities.
iii. The defensive umbrella upon completion will stretch from Greenland to the Azores. The full shield also includes ships and radars across Europe.
iv. The site will be handed over to NATO in July, with command and control run from a US air base in Germany.

Nirankari mission Baba Hardev Singh passes away
i. Nirankari spiritual leader Baba Hardev Singh was killed in a road accident in Montreal, Canada. When he was travelling from New York to Montreal. He was 62.
ii. Singh and his younger son-in-law Avneet Setya were sitting on rear seat were thrown out of the car by the impact of the huge accident.
Nirankari Baba & Mission:
♦ Baba Hardev Singh, headed the Sant Nirankari Mission which was established in 1929. He took over as the chief of the mission in 1980 after his father Gurbachan Singh was assassinated.
♦ After partition in 1947, the mission shifted its base to Delhi from west Punjab.
♦ He joined the Nirankari Sewa Dal as its primary member in 1971. The organization had over 100 branches spread across 27 countries by 2009.