Cabinet approves country’s first Intellectual Property Rights (IPR) policy
Union Cabinet has approved the National Intellectual Property Rights (IPR) policy with a view to promoting creativity, innovation and entrepreneurship.
♦ It aims to create awareness about economic, social and cultural benefits of IPRs among iprall sections of society.
♦ The Finance Minister Arun Jaitley also uttered that by 2017, the window for trademark registration will be brought down to one month.

Government approves Rs 1,984-cr Delhi-Meerut Expressway stretch
i. Cabinet Committee on Economic Affairs chaired by the Prime Minister Narendra Modi, has approved widening of the crucial UP Gate to Dasna stretch of the Delhi-Meerut Expressway to be made at an estimated cost of Rs 1,984 crore to reduce the traffic congestion in the national capital.
ii. The move is for the development of 8/6 landing of Delhi-Meerut Expressway – Package-II-Uttar Pradesh Border to Dasna Section of NH-24 in Uttar Pradesh. The total length of the road will be around 19 kms.
iii. This work will be under the National Highways Development Project (NHDP) Phase-VI. The approval is in Hybrid Annuity Mode.
iv. The project will reduce the distance between the national capital and Meerut to 40-45 minutes from 3 hours at present. 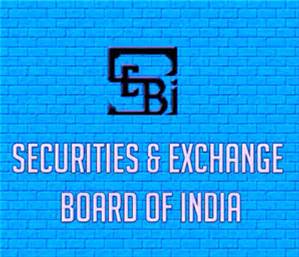 SC slaps Rs 10 lakh on Spicejet for offloading disabled flyer
i. Country’s Apex Court directed budget airline Spicejet to pay Rs 10 Lakh as damages to a disabled flyer, who was forcibly offloaded disabled Jeeja Ghosh in 2012.
ii. The apex court the manner in which the female passenger, a cerebral palsy patient, was de-boarded depicts total lack of sensitivity.
iii. The top court observed that Jeeja Ghosh was not given appropriate, fair and caring treatment which she required with due sensitivity and the decision to de¬board her was uncalled for.
iv. The Court’s decision to offload Ghosh was taken by the airlines without any medical advice or consideration.

UIDAI launches special enrolment drive in 4 States/UTs
i. The Unique Identification Authority of India (UIDAI) has launched an initiative to enroll left over population for Aadhaar enrolments in four States and Union Territories such as Haryana, Goa, Chandigarh and Puducherry.
ii. In the unique move from UIDAI enrolment saturation can cross 100% when the migrant population also enrolls in that particular state. As on May 12, over 101.26 crore Aadhaar numbers have been generated across the country.
iii. People who have not yet enrolled in Haryana, Goa, Chandigarh and Puducherry are being asked to register themselves at UIDAI portal on implementation the simple registration formality, such people would be enrolled for the Aadhaar number on a priority basis.
iv. This pilot exercise in the States/Union Territories will be conducted between May 13 – June 15-2016. 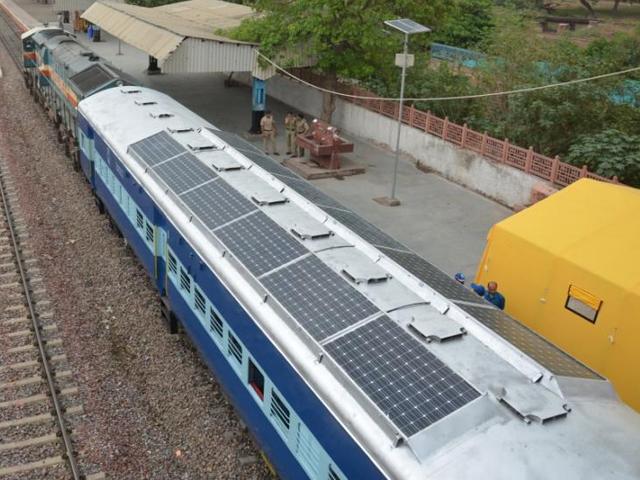 i. Indian Railways is all set to conduct trials of its first solar panel-powered train which will have its lights &fans run on solar energy in Jodhpur.
ii. However the train will have Prime Mover as a conventional diesel-run engine, the solar energy will be used for internal electricity gadgets.
iii. A train using solar power can reduce diesel consumption by up to 90,000 litres per year and also bring down carbon dioxide emissions by over 200 tonnes.
iv. With CNG is being used in local trains on Rohtak-Rewari section of Delhi division. This is set to be the first of solar kind.

Government approves deal between India, Mauritius on cooperation in cooperatives
i.The Union Cabinet chaired by the Prime Minister Narendra Modi has approved for signing of an Inter-Governmental Agreement between India and Mauritius on cooperation in cooperatives and related fields.
ii. The Treaty will be for a period of five years after which it will be automatically extended for another five years.
iii.The Agreement is to promote cooperation through short and medium term programmes within the framework of the joint activities declared in it.
Mauritius:
♦ Capital: Port Louis
♦ Currency: Mauritian rupee
♦ President: Ameenah Gurib
♦ Prime minister: Anerood Jugnauth Gandhi International airport in Hyderabad in en route to Australia from Europe.
ii.The landing is first in India as it is making a technical halt at Hyderabad it is arrived from Turkman bashi in Central Asia and will proceed to Jakarta and is destined for Perth.
Antonov An-225 Mriya:
♦ The Aircraft designed by the Soviet Union’s Antonov that can carry up to 250 tonnes of cargo also can fly at 850 km/h is the biggest commercially used freighter in the world for over 25 years.

Sri Lankan President Maithripala Sirisena Visits India to attend Simhastha Mahakumbh
i. Sri Lankan President Maithripala Sirisena will be on a two day itinerary to India. Sirisena will address the valedictory session at the Vaicharick Mahakumbh which is being held as part of the Simhastha Mahakumbh in Ujjain.
ii. Prime Minister Narendra Modi also to address the three day long dialogue in Ujjain on the same day.
iii. He is also scheduled to visit Sanchi where he will tour the World famous Sanchi Stupa and attend a function by the Mahabodhi Society of Sri Lanka.
iv. In his line of travel he will also unveil a statute of Angarika Dharmapala during the function.

i. The India’s Central Bank- Reserve Bank of India has directed that entities from Pakistan, China, Bangladesh and four other regions including Sri Lanka, Afghanistan, Iran and Hong Kong or Macau will require its prior approval to establish branch office or project office in India.
ii. RBI’s Permission is required for opening a Project/ Branch Office in Jammu and Kashmir, North East region and Andaman and Nicobar Islands as well.
The Banker’s bank’s approval would also be required if the applicant is a Non-Government Organization (NGO), a Non-Profit Organization, or a Body/ Agency/ Department of a foreign government.
iii. In the case of proposal for opening a PO involving to defence sector, no separate reference or approval of Government shall be required if the non-resident applicant has been awarded a contract by/ entered into an agreement with Ministry of Defence.

SEBI to tighten KYC, transfer norms for Participatory Notes (P-Notes)
i. Mumbai based Securities and Exchange Board of India is likely to tighten the norms for participatory notes (P-Notes) to curb round-tripping and restrict money laundering to follow recommendations made by Special Investigation Team on black money.
ii. The changes include requirement of increased disclosures on transfer and prior consent of issuer on transfer, bringing P-Notes under know-your-customer and anti-money laundering norms and reporting suspicious transactions to the financial intelligence unit.
iii. Under these rules KYC review will be done on the basis of risk classification assigned to subscriber. The Market regulator will have to take remedial action in case of any breaches.

SC strikes down TRAI’s penalty on call drops
i. The Supreme Court struck down the TRAI regulation making it mandatory for telecom companies to compensate subscribers for call drops levied by the Telecom Regulator.
ii. The court direction comes in the aftermath of clutch of petitions by Cellular Operators Association of India, Unified Telecom Service Providers of India and 21 telecom operators.
iii. The petition is challenging sector regulator TRAI’s notification asking them to pay compensation to consumers Rs 1 for each call drop, subject to a maximum of three disrupted calls per day.
TRAI:
♦ Formation‎: ‎1997
♦ Headquarters‎: ‎New Delhi,
♦ Chairman: Ram Sewak Sharma

Axis Bank appoints Sanjiv Misra as Non-Executive Chairman
i. Mumbai based Private sector lender Axis Bank has appointed retired bureaucrat Sanjiv Misra as independent director and non-executive chairman for a period of five years.
ii. The chairman is being appointment by the bank and not nominated by SUUTI for the first time. The SUUTI entity has more than 11 % stake in the Bank.
iii. In a string of appointments the bank elevated Rajesh Dahiya and Rajiv Anand as executive directors.
iv. Prior to his new stint Misra was earlier the SUUTI nominee on the board as Non-Executive Chairman for three years till 11th May 2016.
Axis Bank:
♦ CEO: Shikha Sharma
♦ Headquarters: Mumbai
♦ Tagline: Badhti ka nam zindagi. member of President’s Advisory Council on Faith-Based and Neighborhood Partnerships.
ii. Singh founded Agilious a software technology consulting firm in 2013 he also the President of the firm.
iii. He is also co-founder of the Sikh American Legal Defense and Education Fund, a national Sikh American media, policy and education organization.
Manjit Singh:
iv. Singh a Master graduate in science from the State University of New York at Albany and a Bachelor of Engineering from the University of Bombay.
v. Earlier he served as a member of the Board of Directors of the Guru Gobind Singh Foundation and also as a Member-at-Large of The Board of the Interfaith Conference of Metropolitan in Washington.

Indian Air Force (IAF) launches Electronic Maintenance Management System (e-MMS) Project
i. Indian Air Force has launched Electronic Maintenance Management System (e-MMS) Project, an automated military maintenance system which will ease the system by keeping paper works and heavy logbooks away.
ii The automated military maintenance systems inaugurated by the Chief of Air Staff, Air Chief Marshal Arup Raha at the Air Force Station in Pune.
iii. The e-MMS system is one of the largest Maintenance Repair Overhaul (MRO) IT implementation in the world. The project has been designed and developed by the Bengaluru based IT major Wipro.
iv. This system has a central console that seeks to seamlessly connect squadrons, wings, commands, and Air Headquarters after its implementation.
v. With this new system IAF work environment will become more efficient and also help to monitor the operational availability of all fleets and systems in real time at various categorized levels