The external affairs ministry has notified that India will host the 8th BRICS Summit from 15 October to 16 October 2016 in Goa.

The Punjab Assembly has a passed a bill that provides relief to the farmers. The Punjab Settlement of Agricultural Indebtedness Bill, 2016. The bill specifies that the interest payable on debt shall be calculated at such rate as may be notified by the government.

Wages of NREGS hiked by 6%

The Union government has proposed to hike the wages of NREGS workers by 6%. They have dropped the new wage calculation formula. 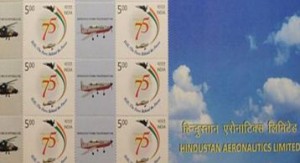 Post has released a customised commemorative stamp on HAL the first time India Post is coming out with customised ‘My Stamp’ and HAL is the first organisation to have it.

To provide training to the aviation fraternity and aerospace, the agreement was signed between Telangana industries department principal secretary Arvind Kumar and Aerocampus Aquitaine general manager Jerome Verschave on the sidelines of the ongoing India Aviation 2016.

Govt approves key changes to accord priority to locally made equipment and fund private-sector R&D the objective of the new Defence Procurement Procedure is to ensure expeditious procurement of the approved requirements.

Power major NTPC has commissioned a 250 MW Unit-I of its arm at Bihar.
The Unit-I of 250 MW of Nabinagar Thermal Power Station of Bhartiya Rail Bijlee Company Ltd (a subsidiary of NTPC) has been commissioned on March 20, 2016

Central Government has amended Atal Pension Yojana (APY) to give an option to the spouse to continue to contribute for balance period on premature death of the subscriber.

Barron’s top list of CEO’S across the globe finds a place for corporate honchos Anand Mahindra(M&M) and Aditya Puri(HDFC).

India’s GDP growth has been projected at 7.7% in a report released by Rating agency ICRA.

Bajaj Finance is entering the Rs 20,000-crore life care segment under which it will finance expenses for stem cells storage units, cosmetics-based hair treatment, dental and eye care, IVF & maternity care, laparoscopic cure for a dozen ailments, and elective medical/paramedical care for many other issues. 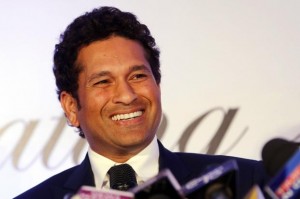 Paytm appoints ex-head of Alibaba as its President

Mobile Payment and e-commerce site Paytm has appointed Bhusan Patil as its new President. He was the head of Alibaba wholesale groups earlier.

The Indian Army gets its first Thermal based RADAR technology that will enable to look through the walls.

Indian Navy has deployed a P8I maritime Aircraft to Seychelles for monitoring purpose.

The district administration and political parties have decided to minimise carbon impression in the Sundarbans islands to ensure least possible damage to the ecosystem of the Sundarbans during this polling season.

The Union Ministry of Environment, Forest & Climate Change (MoEFCC) has notified new environment standards for Gensets running on various kinds of fuels including LPG, petrol and diesel in various cities.

March 23, 2016 is declared as the Martyrs day in India to remember the sacrifice and pay homage to the Bhagat Singh, Sukhdev Thapar and Shivaram Rajguru who were fought for India against the British rule for independence.