Mitra mobile Application which is developed by National Institute of Solar Energy.
ii. This Surya Mitra App is a cutting edge technology platform that can handle thousands of calls simultaneously and can efficiently monitor all visits of it.
iii. The App makes ease to the operative catalyst in creating demand for solar products and in offering employment and business opportunities in the country.
iv. The trained Suryamitra’s who seeks entrepreneurship have joined in the Mobile App in several states. These Suryamitras are once again make aware by NISE on soft skills Customer Relations Management, Punctuality.

Forbes Announced 13th Annual World’s Most Powerful Women List
New York based Forbes announced the 2016 list of The World’s 100 Most Powerful Women.
♦ The women leaders are managing more than 3.6 million people and play a vital role in improving the economic conditions in their country.
♦ The list is topped by Germany Chancellor, Angela Merkel.
♦ In 2016 Forbes list, Four Indian women newly joined including SBI Managing director

Four Indians In Forbes List Of World’s ‘Most Powerful Women’

Joint Indo-Korean coast guard exercise starts on June 8
i. Indian Coast Gaurd and their Korean Counterpart are taking part in a joint exercise codenamed Sahyog-Hyeobleod-2016 is being scheduled in the Bay of Bengal in Chennai. These exercises are scheduled every year alternately between the two countries.
ii. The three day long exercise is kicked off on June 8 is to strengthen the working level relationship between the two Coast Guards and also refine the joint operating procedures.
iii. Both the sides as following a Memorandum of Understanding signed in 2004. Since then, the floating assets of both maritime forces have held exchanges in the form of combined exercises.
iv. The best bit of this year’s exercise is a mock anti-piracy mission in which a hijacked vessel is rescued in combined operation by teams from both the sides.

US returns 200 artifacts worth $100 million to India 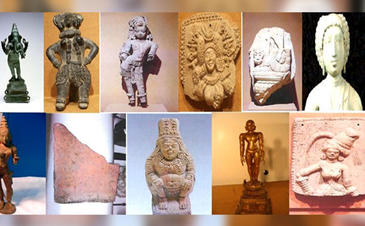 i. The US government returned over 200 cultural artifacts valued over USD100 million to India at a ceremony in Washington attended by PM Narendra Modi.
ii. These artifacts returned included religious statues, bronzes and terra cotta pieces, some 2,000 years old that were looted from some of India’s most treasured religious sites.
iii. The pieces returned is a statue of Saint Manikkavichavakar, a Hindu mystic and poet from the Chola period (circa 850 AD to 1250 AD) stolen from the Sivan Temple in Chennai that valued at USD1.5 million.
iv. The items being returned include bronze sculpture of Lord Ganesh estimated to be 1,000-year-old. The artifacts that reflects India’s astounding history and beautiful culture.

Dr Shahid Rasool Takes Charge at CEMCA
i. New Delhi Headquartered Commonwealth Educational Media Centre for Asia has appointed communication technology specialist Dr Shahid Rasool as the new director of the institute.
ii. Prior to his new appointment he was a director of the university’s Educational Multimedia Research Centre besides he has a doctorate in mass communication and journalism from the University of Kashmir.
iii. Rasool will guide CEMCA institute which is an arm of the Vancouver-based Commonwealth of Learning that ensures effective utilization of educational media resources for distance education.

Naresh Goyal re-elected to IATA Board of Governors
i. Jet Airways chairman Naresh Goyal has been re-elected to trade association of the world’s airline body IATA’s Board of Governors for the three-year term.
ii. This would be the fifth successive tenure for Goyal at the IATA Board of Governors. He is the only representative from India on this board.
iii. Upon this appointment he will take part in providing policy directives and guidance to IATA industry committees and to their subsidiary bodies.
International Air Transport Association:
♦ Founded: 1945
♦ Headquarters: Montreal, Canada
♦ CEO: Tony Tyler

Suzuki chairman Osamu Suzuki to step down as CEO
i. Japanese Automaker Suzuki Motor’s Chief Executive and Chairman Osamu Suzuki will step down as CEO after revealing its use of wrong mileage testing methods. However Suzuki will stay on as chairman.
ii. The company had used wrong tests to compute mileage for models going back to 2010, submitting figures compiled from indoor tests performed on individual parts, rather than vehicle coasting tests.
iii. Osamu Suzuki will however continue to be a member of the board of directors of Maruti Suzuki, the resigned CEO who has led the company for nearly four decades. 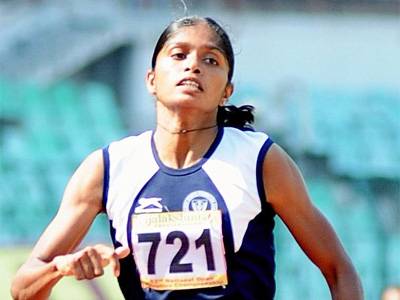 making season’s best of 2:00.61 in the Josef Odlozil Memorial Athletics Meet in Prague, Czech Republic.
ii. She was behind Iceland‘s World Youth Championship gold winner Anita Hinriksdottir who clocked 2:0054 at the contest.
iii. Luka is coached by PT Usha, qualified for Rio Olympics during the World Championships in Beijing in 2015.
iv. The Rio bound athlete also holds the national record of 1:59.17 which she did in 2010.

West Indian all-rounder Kavon Fubler banned for seven years
i. The Bermuda Cricket Board has banned all-rounder Kavon Fubler from the cricket for seven years after being charged with Level 4 offences relating to his behavior for his club side Willow Cuts in the game against Bailey’s Bay at Oval,
ii. During the course of a Premier Division game he was banned for smashing the stumps and abusing an umpire after being given out leg before wicket.
iii. In the ban resulted game he continued playing in the game, bowling 6.3 overs as Bailey’s Bay won by seven wickets.

ii. In the men category Harmeet has gained two places to be at 116 from No. 118. However among junior girls, Archana Girish Kamath has broken into the top 25 bracket.
iii. In the junior category, Ananth Devarajan and Manav Thakkar have occupy slots at No. 24 and No. 54, respectively. By the way, this is the first time that the two Indian boys have entered world ranking bracket.
International Table Tennis Federation:
♦ Headquarters‎: ‎Lausanne, Switzerland
♦ Formation‎: ‎1926
♦ President‎: ‎Thomas Weikert

Eminent journalist KK Katyal passes away
i. Well-known journalist KK Katyal passed away after a brief illness. He was 89 year old.
ii. The journalist had worked with various newspapers that includes The Statesman, Hindustan Times, The Hindu and United States Information Services where he had joined just after Emergency and retired as Associate Editor in 2004.
iii. He also had worked towards improving Indo-Pak ties and after his retirement in 2004.
iv. Katyal was awarded the GK Reddy Memorial prize in 1994.

Father of modern Nepali music Ambar Gurung passes away
i. Veteran musician and Nepal’s national anthem composer Ambar Gurung has passed away. He was 79 year old and was suffering from diabetes and Parkinson’s disease.
ii. He was known as father of modern Nepali music composer who had composed Nepal’s National Anthem Sayaun Thunga Fulka Hami and more than a 1,000 songs in his six decade career.
iii. Besides he had authored three books of lyrics and memoirs viz. Samaalera Raakha (1969), Akcharkaa Awajharu (2003) and an anthology of essays and memoirs, Kahaa Gae Ti Dinharu (2006). 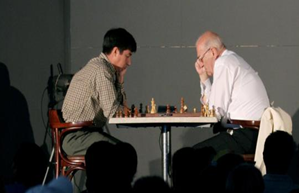 i. Russian chess master Viktor Korchnoi regarded as one the greatest chess players, passed away in, Switzerland.  He was 85 year old.
Viktor Korchnoi:
♦ In his long chess career he lost the Candidates final to Karpov in 1974, who was adjudged as the world champion in 1975 when Bobby Fischer refused to defend his title.
♦ He bagged four USSR chess champion, also a five-time member of Soviet teams that won the European championship, and a six-time member of Soviet teams that won the Chess Olympiad.
♦ In 2006 he clinched the World Senior Chess Championship. 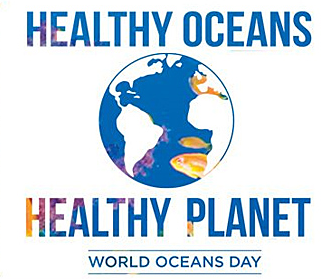 major role the oceans have in everyday life and to educate the public of the impact of human actions on the ocean.
ii. The day was witnessed since 1992 by Canada at the Earth Summit in Rio de Janeiro, Brazil. It was officially recognized by the United Nations in late 2008.
iii. The theme for this year 2016 is Healthy oceans, healthy planet, and UN is making a special work to stop plastic pollution. Oceans are also providing most of the oxygen we breath.