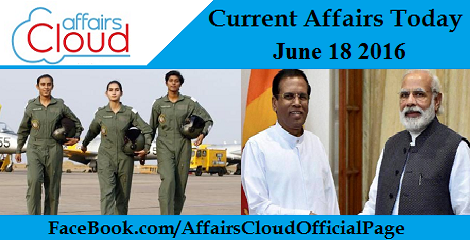 i. Union Commerce Minister Nirmala Sitharaman and Joo Hyunghwan, the Minister of Trade, Industry & Energy, Korea launched an iniative called Korea Plus to promote and facilitate Korean Investments in India.
ii. This initiative comes as an effect of MoU that was inked during the Prime Minister Narendra Modi visit  to South Korea 2015.
iii. Korea Plus, which encompasses representatives from the Ministry of Industry, Trade and Energy, Korea and representative from Korea Trade Investment and Promotion Agency (KOTRA) and three representatives from Invest India.
South Korea
♦ Capital: Seoul
♦ Currency: South Korean won

Union Government made initiative to make NRIs to join National Pension System through eNPS
The Finance Ministry launched the scheme that Non Resident Indians can open National Pension System Accounts online if they bear Aadhaar Card or PAN Card
NPS account can be opened both on Repatriable and on Non-Repatriable basis
Repatriable Basis: An NRI will have to remit the amount through his/her NRE/FCNR/NRO account
Non-repatriable Basis: NRIs can join NPS through their NRE/FCNR/NRO accounts at the time of maturity or during partial withdrawal.
NPS funds would be deposited only in their NRO accounts.

Max Life, Max Fin Services to merge into HDFC Standard Life
i. HDFC Standard Life and Max Life and Max Financial Services are entered into merger agreement that will create the largest private player in India’s insurance sector.
ii. The proposed merger between the companies will create an entity with assets worth over Rs 1 lakh crore.
iii. A combination of the entities would be overtaking ICICI Prudential Life Insurance Co. Ltd
iv. The agreement facilitates for a commonly agreed exclusivity period for due diligence and discussions between the parties in relation to a proposed transaction.

Boeing, Tata to set up joint aerospace facility in Hyderabad
i. Union Defence Minister Manohar Parrikar laid the foundation stone of Tata Boeing Aerospace Limited (TBAL) which will be set up under the government’s ‘Make in India’ initiative in Hyderabad.
ii. Upon this American player Boeing and Tata Advanced Systems Limited (TASL) jointly to set up a facility to co-produce Boeing AH-64 Apache helicopter fuselages and other aero structures at the aerospace Special Economic Zone (SEZ) at Adibatla in Hyderabad.
iii. The production facility will eventually be the only producer of AH-64 which is the world’s most advanced multi-role combat helicopter and used by the US forces as well as many other countries, including India. film festival dedicated to tourism, art and ecology, in Poland.
ii. Three of the honors were given to a single campaign. ‘Responsible Tourism’ initiative started by Kerala and the Best Promotional Social Campaign and in the Protection of Nature and Eco-Food, categories for, respectively, the New Worlds films Sowing the Seeds of the Future and A Taste of Life.
iii. The fourth award for the tourism board’s ad film ‘The Great Backwaters of Kerala’ won the ‘Best Editing Award’ which showcased life in and around the legendary backwaters.

Major General Sanjeev Kumar Sharma is new General Officer Commanding of Tiger division
i. Major General Sanjeev Kumar Sharma is set to take over as a General Officer Commanding (GOC) of the Jammu-based Tiger Division. He succeeds Maj Gen Sanjeev Narain.
ii. Sanjeev is a distinguished officer has an illustrious career spanning over three decades. He is an alumni of the Defence Services Staff College and has also appeared the prestigious higher defence management course and the national defence course. 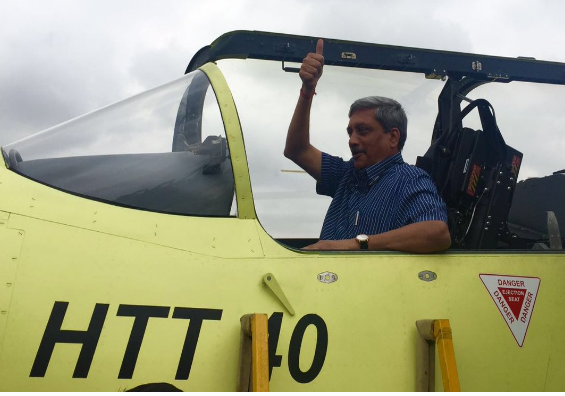 i. India’s indigenous basic trainer aircraft, Hindustan Turbo Trainer-40 (HTT–40) developed by the Hindustan Aeronautics Limited made its inaugural flight in Bengaluru in the presence of Defence Minister Manohar Parrikar at the HAL Airport in Bengaluru.
ii. The two-seater aircraft designed for training for all flying cadets of the three services, HTT-40 aircraft weighs about 2,800 kg and has Turbo Prop engine of 950 shp class.
iii. The HTT-40 programme intends both IAF and HAL to ensure development of the trainer. 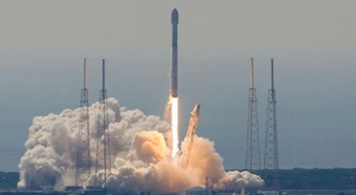 satellites but the Falcon 9 rocket that carried them into orbit then crashed into its drone ship while touching down in the Atlantic Ocean from Cape Canaveral’s Complex 40 launch pad.
ii. The project intended to build a reusable rocket engine that can deploy its cargo and return safely to Earth and also the rocket can be prepped for another launch in a short amount of time.
iii. The reusable rockets could save the company $60 million per launch.

♦ The apex body for hockey in India, announced a cash prize of Rs 2 lakh each for the players and Head Coach Roelant Oltmans and a cash prize of Rs 1 lakh for all other coaches and support staff on the account of brilliant performance finish in the tournament and winning a silver medal.
♦ With this reward the body announced additional prize of Rs 1 Lakh for Harmanpreet Singh as he was adjudged as the Best upcoming Junior Player of the Tournament.
AffairsCloud Recommends Oliveboard Test