Government approves Rs 2,070-crore highway project in Punjab
i. The Union Cabinet gave nod to Rs 2,070-­crore highways project in Punjab under its hybrid annuity mode to for faster movement of traffic between Chandigarh and Ludhiana.
ii. The project of 76­km highway stretch is conversion of two lanes into Six/ four laning of Kharar to Ludhiana section of NH 95 (New NH 5) has been approved by the Cabinet.
iii. The project is planned to be completed in 30 months, out of the total, 54 km will be widened to six lane and the 22 km will broadened to four lanes.

Andhra Pradesh to start Internet-based phone service
i. Andhra Pradesh is working on the Telephone Service which will operate on Internet Platform, in fact AP is the first State to have obtained a telecom license and it can issue phone numbers starting with the 797 series later this year.
ii. The internet based telephone service comes without requiring any further registration’ after it obtained permission from the Telecom Ministry for starting its own IPTV (Internet Protocol based Television network) as part of its Fibre Grid project.
iii. The project aims at providing affordable net connectivity in every corner of the State, the government can offer free telephone services within the region by internet.

India, Thailand to tie up for maritime security
i. Thailand Prime Minister General Prayuth Chan-ocha’s is on three day maiden visit to India, upon which both the sides are set to firm up cooperation to combat terrorism, and boost maritime security, defence ties and trade.
ii. The two countries will expressing cooperation in the increase in maritime security,double trade in five years, push the India-Myanmar-Thai road project, cooperate in civil aviation, fight cyber crime and promote people-to-people cooperation.
iii. Both the nations will also look for joint projects in solar energy, space applications and space technology sectors.

Florida bank issues first US credit card for use in Cuba
i. Pompano Beach-based Stonegate Bank is set to issue the first credit card that can be used in Cuba since Washington and Havana normalized relations.
ii. The card will be a limited-edition MasterCard. Stonegate will issue only 1,000 cards initially. Each card will feature artwork by celebrated Cuban painter Michel Mirabal.
iii. The Cuban government will waive the usual 10 percent penalty on dollar exchanges for those using the Stonegate cards.
iv. The card will allow U.S. travellers to make purchases at state-run businesses and a handful of private ones, mostly high-end private restaurants equipped with point-of-sale devices.

Cabinet approves SBI takeover of units
i. The Union cabinet chaired by Prime Minister Narendra Modi has approved the takeover by State Bank of India (SBI) of several subsidiaries to consolidate the country’s struggling public sector banks.
ii. The biggest Indian lender wants to take over five units that had been running at arms-length, as well as state-run Women focused Bharatiya Mahila Bank which was set up in UPA government.
iii. The merged entity will create a banking giant, which can compete with the largest in the world with an asset base of almost Rs 37 lakh crores- that is nearly one-fifth of India’s GDP.
iv. Earlier the Bank’s board had approved the takeover of State Bank of Bikaner and Jaipur, State Bank of Hyderabad, State Bank of Mysore and State Bank of Travancore, as well as Bharatiya Mahila Bank.

Coast, the National Grand Crois(the National Order of the Republic of Ivory Coast), The award was given during his two days visit to the West African nation
ii. During the visit Mukherjee held one-to-one dialogue with his counterpart Alassane Ouattara which was followed by delegation level talks. He is the first Indian President to visit the nation.
iii. It is highest state order of knighthood of the Ivory Coast to celebrate the independence from France in 1960.
iv. This is bestowed to those who have highly distinguished themselves to the service to the state. The Collar, one of the five grades of the award is awarded solely to foreign heads of state.

Suresh Chandra appointed as new Law Secretary
i. An Additional Secretary rank Officer Suresh Chandra was appointed as Union Law Secretary. He is currently Additional Secretary in the department. G Narayana Raju, Legislative Secretary, was holding additional charge of the post of Secretary, Legal Affairs.
ii. He was appointed by the approval of an appointments Committee chaired by Prime Minister Narendra Modi.
iii. This was the first time in recent times that the government decided to look outside the legal fraternity for a candidate for the top post. There were 45 Applicants for the top job.
Law Ministry
♦ V. Sadananda Gowda is the current minister for law and justice in India, He is representing the Bangalore North constituency. 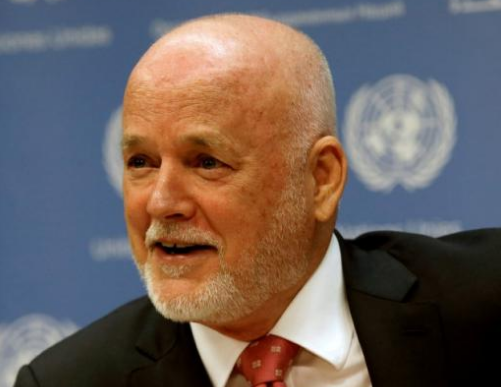 Representative of tiny Pacific Island nation Fiji, as President of its upcoming 71st session. He defeated Andreas Mavroyiannis of Cyprus.
ii. In the secret ballot election for the post, Peter Thomson 94 votes, with one abstention and compared to Mavroyiannis’ 90 votes.
iii. With this he is the first representative from the Fiji to get elected for the largely honorific post in the UN’s 71-year history.
iv. Peter will watch over the process of searching for a new U.N. secretary-general to replace Ban Ki-moon, who will complete his second five-year term in the post at the end of 2016.

Jupiter-like planet, Kepler-1647b, orbiting two stars discovered
i. NASA’s Kepler Space Telescope discovered a Jupiter-like planet orbiting a system of two stars, making it the largest such cosmic body ever found.
ii. The planet Kepler1647b, located in the constellation Cygnus, which is 700 light-years away and about 4.4 billion years old, was discovered by astronomers from NASA’s Goddard Space Flight Centre and San Diego State University (SDSU) in in the US.
iii. The NASA’s Kepler Space Telescope was an instrument launched in 2009 to look for potentially habitable planets beyond our solar system. human-caused climate change. It is also the first recorded extinction of a mammal anywhere in the world.
ii. The rodent also known as mosaic-tailed rat, was only known to live on Bramble Cay a small coral cay, just 340m long and 150m wide off the north coast of Queensland.
iii. These rodent was known to have existed only on Bramble Cay between the Cape York Peninsula in the Australian that sits at most 3m above sea level.

India complete 3-0 sweep over Zimbabwe ODI Series
The One Day International (ODI) tour of India’s to Zimbabwe has done and dusted with the visitor’s dominant in the all the departments over the hosts in all three games that held at Harare Sports Club is a cricket ground in Harare, Zimbabwe.
♦ The Skipper MS Dhoni became the first Indian captain to lead the team in three ODI series whitewashes.
♦ The skipper and stumper became the first Indian wicket keeper-batsman to complete 350 dismissals in 50-overs cricket.He has taken 261 catches and effected 89 stumpings.
♦ He also became the 2nd most successful ODI skipper with 107 wins. He is joint second with Allan Border, and behind Ricky Ponting (165). 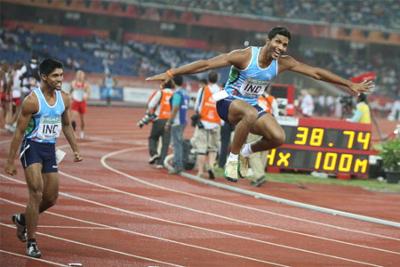 i. The Indian men’s 4x400m relay team created a new national record, clocking 3:02.17 that also break the 18-year-old record at the International Sprint and Relay Teams Cup at Erzurum, Turkey.
ii. The record bound quartet, comprising of Asian Games Bronze medalist Arokiya Rajiv, Mohd. Anas, A Darun and Mohd Kunhu.
iii. The last record of 3:02.62 set at the 1998 Asian Games in Bangkok.
iv. Meanwhile the Indian women’s 4x400m relay team clocked 3:30.16 and jumped to world No 12 in the rankings. While their counterpart is currently placed No.17.

Renowned Hindi writer Mudrarakshas passes away
i. Renowned Hindi novelist and critique Mudrarakshas passed away after a prolonged illness in Lucknow, Uttar Pradesh. He was 82.
ii. The Lucknow hailed Mudrarakshas’ original name was Subhash Chandra, who penned novels and other forms of Hindi prose besides producing literature for children with his pen name.
iii. He graduated from Lucknow University and later worked as as Assistant Editor of Hindi Journal Gyanodaya, that was published from Calcutta from 1955 to 1958.
iv. The well-known artist edited Hindi journal Anuvarta and was also associated with All India Radio. i. The United Nations has titled June 15 as World Elder Abuse Awareness Day that aims to focus global attention on the problem of physical, emotional, and financial abuse of elders.
ii. It also seeks to understand the challenges and opportunities presented by an ageing population, and brings together senior citizens, and their caregivers to share thoughts about how best to reduce incidents of violence towards elders, increase reporting of such abuse, and to develop elder friendly policies.