Kochi gets India’s first ever Water Metro Project funded by a German Enterprise
Kerala CM Mr. Pinarayi Vijayan launched the India’s first ever water Metro project in the city of Kochi.
♦ This water metro project is a part of the ongoing Kochi Metro Rail Limited.
♦ This integrated water transport project is to be implemented in two phases and should be fully operational by 2019.
♦ This project is estimated at a cost of 747 crores. Germany’s Kreditanstalt für Wiederaufbau (KfW) will provide financial assistance of 85 million (approximately Rs 597 crore) and the Kerala government will give Rs. 102 crore.

Tamil Nadu and UP tops the list in Urban and Rural Internet Connectivity Index list respectively
While analyzing the telecom connectivity spread across the urban areas of the nation, it is found that Tamil Nadu tops the report with around 21 million urban internet subscribers, which is about 9% of the total 231 million urban internet subscriber of India.
Urban Internet Subscribers List:
The top five list as on March 2016 as follows:-

Chandrababu Naidu laid the foundation stone for the World Bank funded – MSME centre
i. Andhra Pradesh Chief Minister N Chandrababu Naidu laid the foundation stone for an MSME technology centre under a World Bank-funded programme at Visakapatinam.
ii. This foundation stone for setting up a Technology Centre Systems Programme (TCSP) at Pudi village near vizag in Atchutapuram mandal.
iii. This TCSP project is enforced by the Union Ministry of Micro, Small and Medium Enterprises (MSME) and this project is funded by the World Bank.
iv. This center is established under a huge sum of 140 crores for supporting the industries, particularly MSMEs by providing access to advanced manufacturing technologies, skilling manpower and providing technical and business advisory support to enterprises.
v. In order to create this city as a hub of industrial activity this center will be established and the villages around this center will be provided with development packages and house construction activities. 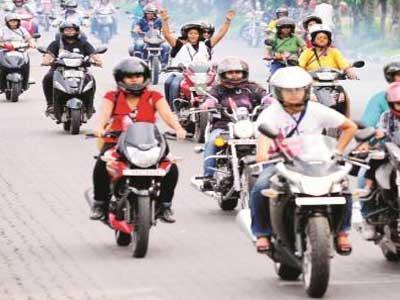 Madhav Chitale committee constituted to prepare guidelines for desiltation of River Ganga
i. A committee has been constituted to gear up the guidelines for the desiltation (clearing odd the silts) of the river Ganga by the Union Ministry of Ministry of Water Resources, River Development and Ganga Rejuvenation.
ii. This desiltation process is going to be carried out from Bhimgauda (Uttarakhand) to Farakka (West Bengal).
iii. It also establishes difference between desilting and sand mining and also the need for desilting for ecology and free flow of the holy Ganga.
iv. The committee has a tenure of three month and it comprises of the following members:-
♦ Shri Madhav Chitale (Expert Member, NGRBA) – Chairman of the committee.
♦ Secretary, Ministry of Water Resources, River Development & Ganga Rejuvenation
♦ Secretary, Ministry of Environment, Forests & Climate Change
♦ Mukesh Sinha, Director, Central Water and Power Research Station, Pune.
v. The setting up of this committee is proposed by Uma Bharti when she chaired the 6th meeting of the National Ganga River Basin Authority in New Delhi in July, 2016.

i. India’s majestic aircraft carrier, INS Viraat aka “Grand Old Lady” of Indian Navy set sail for one last time from Mumbai to Kochi which will be decommissioned later this year.
ii. The 750-feet long ‘giant’ served the Indian Navy with distinction for almost three decades.
iii. The second aircraft carrier of the country has spent 29 years under the Indian flag and 27 years with the Royal Navy (United Kingdom).
iv. INS Viraat was commissioned into the Indian Navy on May 12, 1987.
v. The ship holds the Guinness Record for being the oldest serving warship.

Maharashtra CM launches pilot project of e-complaint system
i. Maharashtra Chief Minister Devendra Fadnavis has launched a pilot project of e-complaint system on an trail basis in the concluding ceremony of 14th Maharashtra Police Duty Meet at SRPF ground at Ramtekdi Pune.
ii. The pilot e-complaint iniative by the Pune Police helps citizens to file a police complaint from and also avoid making unnecessary rounds of the police stations for registering complaints in the days to come.
iii. The CM in his address stated that Maharashtra is the first state to implement the Right to Services Act

Three day BSF – BGB meet kick started at Agartala, Tripura
i. In order to sort out problems at border, a three-day meeting between Border Guard

Bangladesh (BGB) and Border Security Force (BSF) of India is started in Agartala, the capital city of Tripura.
ii. As both the nations are at the height of good relations and want to further improve through these kinds of routine’Border Coordination meetings’.
iii. led by Brig Gen Md Habibul Karim led a 21-member BGB delegation and J B Sangwan, IG, BSF, Tripura Frontier led 21-member delegation of the BSF took part in the meeting.
About BSF:
♦ Name- Border Security Force,
♦ Establishment – 1995
♦ Governed by – Union Ministry of Home Affairs 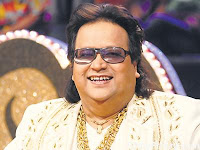 i. West Bengal Chief Minister Mahanayak Samman awards were given away to the filmmaker Goutam Ghose and composer-singer Bappi Lahiri.
ii. On the other hand director-actor Kaushik Ganguly was also honoured with the award for best director.
iii. The Mahayanak Samman 2016
♦ Composer-singer Bappi Lahiri.
♦ Paran Bandyopadhyay and Jishu Sengupta — best actor (male) awards while
♦ Sohini Sarkar — Best actor (female) award.
iv. The awards were instituted in 2012 in the memory of Bengali matinee idol Uttam Kumar who is revered in this part of India as Mahanayak.

NSE revamps board;appoints Mohandas Pai, 2 others as directors
i. Mumbai based National Stock Exchange of India has appointed 3 new public interest directors including chairman of Manipal Global Education Services and Infosys former director Mohandas Pai.
ii. The other two appointees viz Naved Masood who was the secretary at the Ministry of Corporate Affairs in the past and Dinesh Kanabar who worked with KPMG India’s as a deputy chief executive.
iii. The three appointees will serve as public interest directors in the 10 member board with Ashok Chawla, former chief of Competition Commission of India, as its chairman.
National Stock Exchange:
♦ CEO: Chitra Ramkrishna
♦ Headquarters: Mumbai 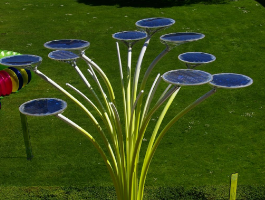 Oil-degrading bacteria to undergo field trials
i. Malabar Botanical Garden and Institute of Plant Sciences, Kozhikode, has joined hands with Bharat Petroleum Corporation Limited (BPCL) for field trials to establish the oil-degrading properties of three new strains of bacteria.in order to clean up petroleum pollutants from the environment.
ii. Scientists isolate the key hydrocarbon-degrading enzyme produced by the bacteria.
iii. A pilot plant is being established at Kochi.
iv. Bioremediation: The use of microorganisms to degrade environmental pollutants. It is a safer, environment-friendly mechanism to clean up the contamination caused by petroleum products.

Neeraj Chopra becomes 1st Indian to set world record in Junior Athletics Championship
Haryana hailed Javelin thrower Neeraj Chopra made a history by becoming the first Indian athlete to become a world champion after he clinched a gold medal at the U-20 World Championships held in Bydgoszcz, Poland.
♦ With the record he also produced new U-20 world record by throwing the javelin a stupendous distance of 86.48m. His mark is also a new national record. He is 18.
♦ The Javelin thrower broke the old mark of 84.69 metres held by Latvian Zigismunds Sirmais by nearly two metres.
♦ To encourage the feat of the young Chopra Union Sports Minister Vijay Goel announced a cash reward of Rs. 10 lakh.