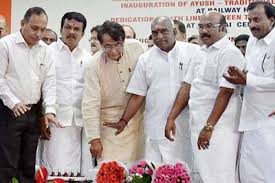 What is a Green Rail Corridor?

Union Railway minister inaugurated the corridor through video conferencing between Chennai and Rameswaram station and also he addresses the importance of the bio – toilets in this ceremony. Till July around 42,000 bio – toilets have been installed in several trains running throughout India.

As a part of Digital India Plan, he also inaugurated high speed upgraded Wi-Fi facility, set up in association with Google, at Chennai Central Railway Station and a similar facility at Tiruchirappalli through video conferencing.

On his visit to Chennai, Suresh Prabhu also launched a traditional medicine centre under Ayush at Perambur Railway Hospital and a broad gauge line between Thiruvallur and Thiruvalangadu stations on the Chennai-Arakkonam line.

The railway minister also added that following this green corridor, the following routes will also be fitted with bio – toilets,