3rd Meeting of the Joint Committee at the Secretary Level under the India-Japan CEPA held in New Delhi
i. The Joint Committee meeting at Secretary Level under the India-Japan CEPA (Comprehensive Economic Partnership Agreement) was held in New Delhi. This is the 3 rd meeting that was called jointly.
ii. In the meeting India staged many issues pertaining to providing greater market access to Indian Products like sesame seeds, marine products and pharmaceuticals in Japan. The Indian side has demanded the counterpart to address these issues. The side also demanded Indian Organic Standards by their counterpart.
iii. On the other hand Japan highlighted several issues involving in taxation and investment concerns by the Japanese companies that are investing in India.
iv. The Indian side was headed by Commerce Secretary Rita Teaotia and their counterpart was headed by Deputy Minister for Foreign Affairs Mr. Keiichi Katakami,.

HP govt signs MoU with NTPC, NHPC for hydro engineering college in Bilaspur
i. Government of Himachal Pradesh, National Thermal Power Corporation (NTPC) and National Hydel Power Corporation signed an MoU to establish first hydro engineering college in Bilaspur to  boost regional development.
ii. The will help in generation of a technical human resource specialized for specific requirement of this stream Power Production that also create potential employment.
iii. The move will help identifying the scholars to develop new areas of Potential power development from Hydro Space. This is the first of its kind in the state.
iv. The state has over 20,000 MW hydropower potential and NTPC and NHPC are involved in development of many projects.
Himachal Pradesh
♦ Capital: Shimla
♦ Chief Minister: Virbhadra Singh
♦ Governor: Acharya Dev Vrat

Centre sanctions nearly Rs 620 crore to UP as drought assistance
i. Union government has sanctioned nearly Rs. 620 crores to Uttar Pradesh as assistance 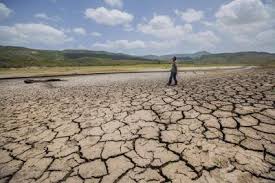 for the recent drought situation in the state.
ii. This year the State was affected by intense drought over 10 districts in the state has been declared as drought hit, also the state was reeling under pressure to deal the water crisis in the various parts of the state.
iii. The decision to allocate funds comes in the meeting chaired by the Home Minister Rajnath Singh in new Delhi. The funds were released on the basis of the centre team recommendations that paid visit to these states.
iv. The centre also set aside Rs. 80 crores for Rajasthan which was affected by hailstorm and Rs. 15 crores to Manipur that was affected by earthquake.

Strategic Forces Command exempted from RTI ambit
i. Union government has exempted Strategic Forces Command upon providing information under Right to Information Act -2005 without citing any reason for exempting.
ii. Actually SFC under National Command Authority (NCA), has been included in the Second Schedule of the RTI that exempts security and intelligence establishments from its purview. The Exemption has been put on the list of 26 intelligence and security agencies.
iii. Strategic Forces Command that looks after the nuclear arsenal of the India comes under Prime Minister Narendra Modi’s control.
iv. The agency however has to provide allegations of corruption and human rights violations if the RTI has been applied.

Gujarat government selects Infibeam for e-com training programme
i. Gujarat’s Centre for Entrepreneurship Development (CED) has selected the Ahmedabad-based e-commerce major Infibeam as knowledge partner for its e-commerce training and development programme
ii. The training programme aimed at grooming budding entrepreneurs and individuals to set up their businesses for first generation entrepreneurs.
iii. Earlier the state has jointly with Infibeam launched an e-commerce workshop programme How to Start E-commerce Business.
iv.In the Workshop participants were trained various modules of E commerce which could help build their existing business and start new Business. 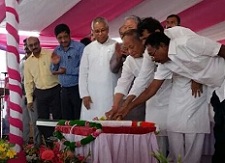 Suresh Prabhu in the presence of Manipur Chief Minister Okram Ibobi Singh laid the foundation stone of new railway station at Yurembam in Manipur
i. Outlay: Rs.90 Core
ii. He also inaugurated the boring works of the Tunnel No. 2/12.
iii. This is scheduled to be completed next year. The construction of the railway line reaching up to Imphal from Tupul in Tamenglong district is scheduled to be completed in 2020.
Manipur:
♦ Alternative names of Manipur:  Kangleipak or Sanaleibak
♦ Governor: V. Shanmuganathan
♦ Chief Minister: Okram Ibobi Singh

IRCTC to launch travel insurance facility at Rs 1
The Indian Railway Catering and Tourism Corporation (IRCTC) is set to launch the facility of travel insurance for passengers from September
This can be availed at a premium of Re 1.
The scheme offers compensation
i. In the event of death or permanent total disability – upto Rs 10 lakh
ii. For permanent partial disability – Rs 7.5 lakh
iii.For hospitalisation expenses – Rs 2 lakh
iv. For transportation of mortal remains in the event of death or injury from a train accident or other untoward incident, including terrorist attacks, dacoity, rioting, shoot-out or arson, as well as for short termination, diverted route and Vikalp trains – Rs 10,000
Train accident and untoward incident cases will be handled according to definition under Sections 123, 124 and 124A of the Railways Act, 1989.

Some of the Awards are listed below:

Justice Iqbal Ahmed Ansari Sworn in as Chief Justice Of Patna High Court
i. Justice Iqbal Ahmed Ansari was sworn in as the 39th Chief Justice of Patna High Court by Bihar Governor Ramnath Kovind at a function in Raj Bhawan.
ii. Chief Minister Nitish Kumar, his Deputy Tejashwi Prasad Yadav, Leader of Opposition in Legislative Council Sushil Kumar Modi, Speaker Vijay Kumar Choudhary, Council Chairman Awadhesh Narain Singh and others were present at the occasion.
iii. Justice Ahmed Ansari had worked twice as Acting Chief Justice of Patna High Court since December 2014 before being sworn in as its Chief Justice. He would retire on October of this year.
Satish Mathur appointed as new Maharashtra DGP
i. Satish Mathur, a 1981 IPS batch officer has been appointed as the new police chief of Maharashtra.
ii. Chief Minister Devendra Fadnavis has appointed Satish Mathur as the next Director General of Police of Maharashtra.
iii. Mr.Mathur is currently holding the post of Director General, Anti-Corruption Bureau. He will succeed Pravin Dixit.
Railway Board chairman AK Mittal gets two year extension

i. The term of the Railway Board Chairman A K Mital was extended by two years.
ii. The Appointments Committee of the Cabinet has approved the re-appointment of Mital as Chairman, Railway Board, for a period of two years, till he attains the age of 62 years, with effect from August 1, 2016.
AK Mittal
♦ Mital, a 1976-batch officer was appointed to the top post in Railways Ministry in place of Arunendra Kumar, who had superannuated on December 31, 2014.
♦ He has worked as Member Staff, Railway Board, and ex-officio Secretary to the Government of India.
♦ He had also served as General Manager of South Western Railway Headquarters, Hubli.
JN Singh appointed as new Chief Secretary of Gujarat
i. Gujarat Government has appointed Dr. J.N. Singh, a 1983-batch IAS officer, as new Chief Secretary of the State
ii. Dr. Singh is currently Additional Chief Secretary (Finance) and also officiating as Managing Director of Gujarat State Petroleum Corporation (GSPC).
iii. His order was issued by the Personnel Department headed by Additional Chief Secretary Anil Mukim and he will replace G.R. Aloria.

A10 Networks acquires cloud firm Appcito
i. California based application delivery controllers Specialist A10 Networks acquired the Software Company Appcito based in California will help the A10 to become a comprehensive secure application services provider.
ii. Upon this buy combined firm will bring various new solutions also comprise a cloud services controller for centralised application policy management and orchestration, elastic application traffic management capabilities.
iii. The company A10 is in the pipeline to release the Harmony-based cloud solution with Appcito technology later this year.

IWF bans Russian team from Rio Olympics
i. The International Weightlifting Federation (IWF) blanket ban on the Russian weightlifters to compete in the Rio Olympics. This is the Second Sports outfit to ban Russians after the track & field team effected ban few days back.
ii. There were 8 contestants were nominated by the Russian board to compete in the Rio events in the weightlifting games.
iii. The International Olympic Committee also announced that previously Suspended Russian athletes will not be eligible to take part in the Rio.

Rajjat A Barjatya, MD and CEO, Rajshri Media, passes away
i. Rajjat Barjatya, MD and CEO of Rajshri Media suffered from Leukemia, passed away at a hospital in Mumbai.
ii. Barjatya is credited for turning around Rajshri Productions’ digital fortunes with the creation of Rajshri.com
iii. Rajshri Productions is one of the pillars of the Hindi film establishment.

year to raise awareness around human trafficking. The Day is witnessed across the world.
ii. To mark the day United Nations Office on Drugs and Crime (UNODC) launched the campaign #igivehope to make confidence and hope in victims of human trafficking.