Parliament passes much awaited Compensatory Afforestation Fund bill, 2016
Parliament has passed the much talked about Compensatory Afforestation Fund bill, 2016 that seeks for the disbursement of nearly Rs 41,000 crore, reserved for forest land and lying unexpended for four years.
i. The proposed legislation seeks to provide an appropriate institutional mechanism, both at the Centre and in each State and Union Territory, to ensure expeditious utilization in efficient and transparent manner of amounts realized in lieu of forest land diverted for non-forest purpose. This would mitigate impact of diversion of such forest land.
ii. This bill also ensure expeditious utilization of accumulated unspent amounts available with the Compensatory Afforestation Fund Management and Planning Authority (CAMPA), which presently is of the order of Rs. 38,000 crore, and fresh accrual of compensatory levies and interest on accumulated unspent balance, which will be of the order of approximately Rs. 6,000 crore per annum, in an efficient and transparent manner.

Lok Shaba passes Benami Transactions (Prohibition) Amendment Bill, 2015, to curb Black Money
Lok Sabha passed the Benami Transactions (Prohibition) Amendment Bill, 2015, that seeks to check generation of black money on July 27.The bill provides for confiscation of benami properties and assets held in the name of another person or under a fictitious name to avoid taxation and conceal ill-gotten wealth.
Prohibition Bill, 2015:-
This bill governs:-
i. To amend the definition of benami transactions,
ii. To establish adjudicating authorities and an Appellate Tribunal to deal with benami transactions, and
iii. To specify the penalty for entering into benami transactions.
The bill provides for a fine of up to 25% of the fair value of the asset and imprisonment of up to seven years, unlike an earlier lapsed version of the bill, which stipulated either a fine or imprisonment.

Cabinet approvals – July 28
Union Cabinet nods for the FDI investment hike in Indian Stock Exchanges
The Union Cabinet led by Shri Narendra Modi has afforded its approval for raising foreign shareholding limit from 5% to 15% in Indian Stock Exchanges.
i. This move will help India in enhancing global competitiveness of Indian stock exchanges by inducing the adoption of best in-class technology and global best practices. This adoption will lead to overall growth and development of the Indian Capital Market.
ii. It is noted that the decision on increasing the foreign shareholding limit in Indian stock exchanges was in line with an announcement made by finance minister Arun Jaitley during budget speech on 29 February.
iii. The proposal was first made by capital market regulator Securities and Exchange Board of India (Sebi) in 2012, but was turned down by the Bimal Jalan committee set up to suggest amendments to Stock Exchange and Clearing Corporations (SECC) Regulations.
iv.The change in rules may pave the way for foreign exchanges to increase their stake in Indian counterparts.
About BSE:
♦ Name- Bombay Stock Exchange
♦ Establishment – 1875
♦ CEO – Ashish Chauhan.

Cabinet approves Revised Cost Estimate for NATRIP Project
The Union Cabinet chaired by the Prime Minister Shri Narendra Modi has approved the revised cost estimate for Rs. 3727.30 crore for the National Automotive Testing and R&D Infrastructure Project (NATRIP).
i. National Automotive Testing and R&D Infrastructure Project(NATRIP), one of the most significant initiatives in Automotive sector, represents a unique joining of hands between the Government of India, a number of State Governments and Indian Automotive Industry to create a state of the art Testing, Validation and R&D infrastructure in the country.
ii. The Project aims at creating core global competencies in Automotive sector in India and facilitate seamless integration of Indian Automotive industry with the world as also to position the country prominently on the global automotive map and also to create a testing, validation and R&D infrastructure.
iii. NATRIP has its testing centers in the following cities are Chennai,  Manesar,  Indore,  Raebareli, Silchar and Pune
Key features of NATRIP are to provide practices to ensure road safety, environmental protection etc in design, manufacture, testing and operation of motor vehicles in India
♦ It is noted that India is signatory to UN Regulation on Harmonisation of Vehicle Specifications under WP-29 of 1998.

Cabinet approves Bilateral Investment Treaty between India and Cambodia
i. Union Cabinet headed by the Prime Minister Narendra Modi has given its approval to the Bilateral Investment Treaty (BIT) between India and Cambodia.
ii. The agreement is intended to promote and protect investments from either country in other country that also increasing bilateral investment flows.
iii. The Agreement is to look on the opportunities to create favourable conditions for investors of the other country to make investments.
Cambodia
♦ Capital: Phnom Penh
♦ Currency: Cambodian riel

Cabinet approves setting up of new AIIMS in Bhatinda
i. Union Cabinet has given nod for the establishment of a new AIIMS at Bhatinda in Punjab under the Pradhan Mantri Swasthya Suraksha Yojana (PMSSY).
ii. The new AIIMS will established at an estimated cost of Rs. 925 crore that shall have a hospital with capacity of 750 beds that include Emergency/Trauma Beds, AYUSH Beds, Private Beds and ICU facility.
iii. The institute also work on the research on prevalent regional diseases and other health issues.

RBI fines 13 Banks for breaching FEMA regulations and KYC lapses
Reserve Bank of India has imposed a whooping penalty of 27 crores on 13 private and public sectors banks including PNB and Bank of Baroda following a major crackdown of FEMA regulations and KYC lapses.
i. This act extends to the whole of India and makes offences related to foreign exchange civil offenses.
ii. It enabled a new foreign exchange management regime consistent with the emerging framework of the World Trade Organisation (WTO).
ii. It also paved the way for the introduction of the Prevention of Money Laundering Act, 2002, which came into effect from 1 July 2005.
The fine amounts are as follows:- 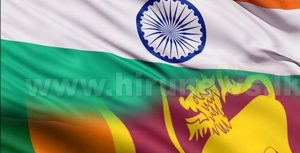 ii. The financial grand from India will help to buy six power sets with AC carriages, 10 engines and 160 carriages, 30 wagons with oil tanks and 20 container wagons.
iii. The line of credit also boosts Indian export as 75 per cent of the goods and services being sourced from India. The credit carries an interest rate of 1.75 per cent, which will have a repayment period of 20 years. 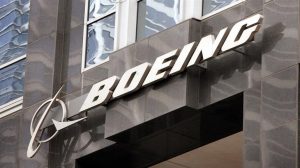 i. Union government has signed pact with the Boeing Company to buy four maritime spy planes worth about $1 billion, to bolster the Indian Navy.
ii. The move comes from the government as conformed data about the china’s presence in the Indian Ocean. However the ordered aircrafts were expected to enter service over the next three years
iii. Indian Navy has eight of the long-range P-8I aircraft that being deployed to track submarine movements in the Indian Ocean.
iv. The P81 was an aircraft can be armored with Harpoon missiles for anti-submarine besides patrolling purpose.

Sunil Munjal de-escalates as Joint Managing Director of Hero Group following a family decision
Sunil Munjal brother of Pawan munjal (CEO – Hero Group) will de-escalate as joint managing director of Hero MotoCorp India Limited.
i. Hero Motocorp Ltd., formerly Hero Honda, is an Indian motorcycle  and  scooter manufacturer based in New Delhi, India.
ii. In India, with a market share of about 46% share in 2-wheeler category, Hero is the largest two wheeler manufacturer in India. The 2006 Forbes 200 Most Respected companies list has Hero Honda Motors ranked at 108.
iii. It is noted that next month to lead the group’s ventures in defense and power and this move will further stimulate the immense diversification opportunities that the Hero group envisions for itself.
iv. Defense and power are the businesses that the Hero group is actively looking at. Sunil Munjal will lead those ventures. To be able to concentrate on those businesses, he will be stepping down after his tenure at Hero MotoCorp ends on 16 August, 2016.

Michel Barnier appointed as EU’s chief Brexit negotiator
i. Former French Foreign Minister Michel Barnier, a 65-year-old center-right politician has been appointed by the European Commission to negotiate with Britain over Brexit.
ii. Mr Barnier will work with his British opposite number, Brexit minister David Davis, who was at the forefront of the campaign to leave the EU.
iii. The negotiations are likely to be directed by the bloc’s leaders, including German Chancellor Angela Merkel. 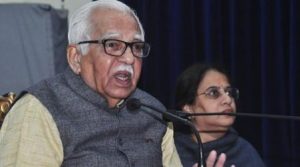 allows the sitting Up-Lokayukta to continue until the new appointment has been finalised.
About UP :
♦ Name – Uttar Pradesh
♦ Capital – Lucknow
♦ CM – Akilesh Yadav
♦ Governor – Ram Naik

West Bengal tourism department launches app
i. West Bengal Tourism Department has launched a mobile app based on the theme of Experience Bengal aiming to attract the travelers across the world
ii. The App will have various information on places also comes with other facilities like maps and directions.
iii. The App also comes with various links facilitated on it to ease the needs tourists also has various festivals of the state. 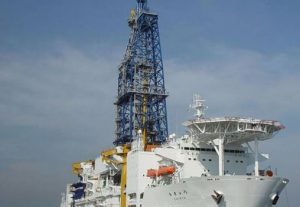 i. India’s Oil Ministry and the US Geological Department has jointly discovered the highly enriched accumulations of natural gas hydrate Reserve in the Bay of Bengal. This is the first of its kind in the Indian Ocean.
ii. The Reserve has an amount of gas contained by the world’s gas hydrate reserves are estimated to greatly exceed the volume of all known conventional gas resources.
iii. The new discovery will help global energy resource potential of gas hydrates.

Mahasweta Devi, Renowned Writer, Dies In Kolkata
i. Bengali eminent writer Mahasweta Devi has passed away of cardiac arrest due to multiple-organ failure at a nursing home in Kolkata. She was 90 years old.
ii. She was known for a lifetime of dedicated work for the welfare of tribals  especially lodhas and shabars.
iii. Devi had received various awards such as Sahitya Academi, Padmashri (1986), Jnanpith , Ramon Magsaysay and Padma Vibhushan. 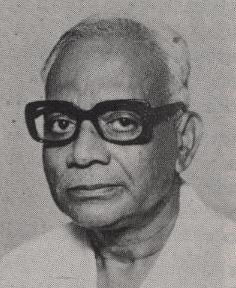 i. Eminent Agricultural Scientist Neelamraju Ganga Prasada Rao has passed away following a brief illness in Hyderabad. He aged 89.
ii. He is also known as a Father of Hybrid Sorghum who had done basic and applied research in breeding and agronomy dryland crops.
iii. The Andra Pradesh hailed Scientist received degree in Agricultural College, Bapatla, moved on to the Indian Agricultural Research Institute, New Delhi and then worked with Bihar University.

President of India receives copy of coffee table book ‘India’s most Powerful Women’
i. The President of India, Shri Pranab Mukherjee received a copy of a book ‘India’s Most Powerful Women’ at Rashtrapati Bhavan
ii. The book has been written by Mrs. Prem Ahluwalia.
iii. Mrs. Prem Ahluwalia, the author of the book recognizes the contribution of women in India through her book.
iv. The objective of the book and the stories of its women reach every young mind and inspire them to move towards a progressive society.
v. According to our President the book will also serve as good source of research for researchers and analysts.

World Hepatitis Day July 28
i. World Hepatitis Day observed annually on July 28 to mark the awareness of hepatitis and to boost prevention, diagnosis and treatment of the decease.
ii. The day is one of the WHO marked eight global health campaigns. The global campaign aimed hepatitis Elimination comes with an ambitious targets and a goal to eliminate hepatitis as a public health threat by 2030.
iii. The theme for this year is Prevent Hepatitis: It’s up to you
Hepatitis:
It is a disease of the liver characterized by the existence of inflammatory cells commonly caused by a viral infection in the tissue of the organ.

World Nature Conservation Day – July 28
i. World Nature Conservation Day is observed on 28th July all over the world with the objective of increasing awareness about and protecting the natural resources.
ii. This day recognises that a healthy environment is the foundation for a stable and productive society and to ensure the well-being of present and future generations.