Lok Sabha passed the Benami Transactions (Prohibition) Amendment Bill, 2015, that seeks to check generation of black money on July 27. The bill provides for confiscation of benami properties and assets held in the name of another person or under a fictitious name to avoid taxation and conceal ill-gotten wealth.

Who is a Benami? 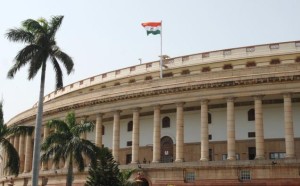 Some points to be noted under these transactions:-

i. The beneficial ownership vests on the real owner.
ii. The benamidar bears the apparent title as described in the Tranfer of Property Act,1882.
iii. There is no intention to benefit the person in whose name the transaction is made by the person who has financed the purchase of the said benami property.
iv. The name of that person, benamidar, is an alias for that of the person beneficially interested the real owner.

The bill provides for a fine of up to 25% of the fair value of the asset and imprisonment of up to seven years, unlike an earlier lapsed version of the bill, which stipulated either a fine or imprisonment.

Authority Body:-
The Bill seeks to establish four authorities to conduct inquiries or investigations regarding benami transactions:
(i) Initiating Officer,
(ii) Approving Authority,
(iii) Administrator and
(iv) Adjudicating Authority.
This bill is considered as the summarizer of government’s efforts to curb black money and provides for confiscation of assets held in the name of another person or under a fictitious name to avoid taxation and to conceal illegally obtained wealth.