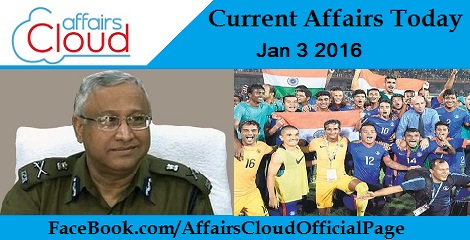 Alstom delivers ‘Made in India’ coaches to Kochi Metro

Alstom the French transportation equipment maker rolled out the first set of railway coaches for the Kochi Metro project. The Kochi coach order is the second rolling stock contract for Alstom in the country, with Chennai metro the first.

Prime Minister Narendra Modi inaugurated the 103rd Indian Science Congress in Mysore, Karnataka. The event is being held at the University of Mysore from January 3 to 7.

As part of Indian Science Congress, the Children Science Congress inaugurated by Nobel Laureate John B Gurdon (Nobel Prize in Physiology or Medicine in 2012) at the amphitheatre, Manasagangothri inside the Mysore university campus.

According to the study conducted by international real estate consultancy JLL, two Indian capitals have made it to a top-30 list of the World’s most powerful, productive and connected cities.

Foreign Minister Adel al-Jubeir announced that Saudi Arabia was severing diplomatic ties with Iran after demonstrators stormed its Tehran embassy to protest against Riyadh’s execution of a Shiite cleric. Jubeir also said that all Iranian diplomats must leave Saudi Arabia within 48 hours

China has created three new military bodies as part of reforms to modernise its military and improve its fighting capacity. Mr. Xi said the three new units had been created as part of a modernisation reform and “to realise the Chinese dream of a strong military”.

Among all Asian and BRICS currencies, “Rupee” turned out to be one of the best performers in 2015 excluding yen.

Flipkart has been named the overall winner of the ‘Website of the Year India 2015’ in an online poll which was conducted by marketing analytics company MetrixLab. 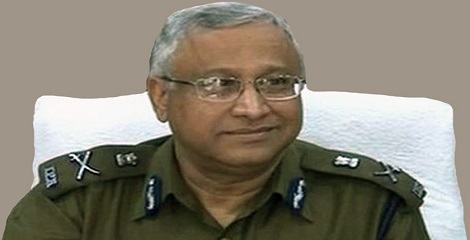 The Uttar Pradesh Government appointed Javed Ahmed as the new Director General of Police(DGP). He will replace vacant Jagmohan Yadav who retired recently.

The Public Enterprises Selection Board has recommended D.K.Hota to be the new CMD of defence PSU BEML Ltd .

About BEML : Bharat Earth Movers Limited now known as BEML  is an Indian Public Sector Undertaking, with headquarters in Bengaluru. It manufactures a variety of heavy equipment, such as that used for earth moving, transport and mining.

The 2015 South Asian Football Federation (SAFF) championship has been clinched by India for the record seventh time. The 2015 SAFF Championship was the 11th edition of men’s football championship of South Asia organized by SAFF.