The 2015 South Asian Football Federation (SAFF) championship has been clinched by India for the record seventh time. The 2015 SAFF Championship was the 11th edition of men’s football championship of South Asia organized by SAFF. 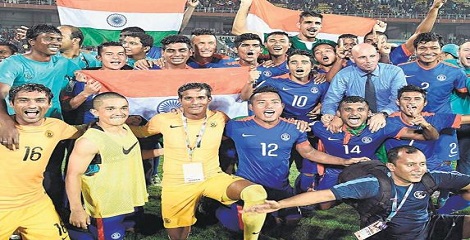