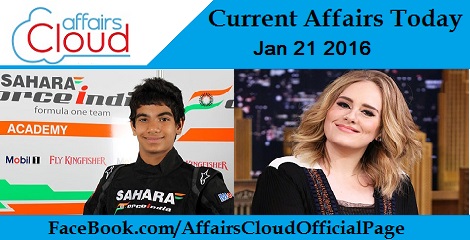 Policy on “Promotion of City Compost” assented by cabinet

Policy on “Promotion of City Compost” has got a stamp of approval by the Union Cabinet to lower the maximum retail price of city compost for farmers.

ISRO-KISR MoU on cooperation in the area of outer space

Memorandum of Understanding has been inked between the Department of Space / Indian Space Research Organization (DOS/ISRO) and Kuwait Institute of Scientific Research (KISR) to cooperate & use of outer space for peaceful purposes.

Interest areas in respect to MoU:

Apart from above, Joint Working Group will also be set-up, consisting of members from ISRO and KISR to work on the plan of action related to space technology for the sake & benefit of humanity.

For the widening of NH 2 stretch in Bihar and to expand its infrastructure, Cabinet has assented Rs 4,918-crore.

In a bid to ease financial stress, union government has granted infrastructure status to the shipyard industry. This will enable shipyards to avail flexible long-term funding at lower costs.

Cabinet Committee on Economic Affairs has given its nod for setting up over 5,000 MW of Grid-Connected Solar PV Power Projects on build, own and operate basis. 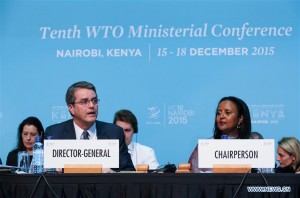 PM Narendra Modi has given its ex-post facto approval for the approach adopted by India at the 10th Ministerial Conference of the WTO held in Nairobi, Kenya during 15-19 December 2015.

The Conference was chaired by Kenya’s Cabinet Secretary for Foreign Affairs and International Trade, Amina Mohamed.

Messi and Shakira are already goodwill ambassadors for UNICEF, the UN Children’s Fund.

“Bihar Kosi Basin Development Project” got a financial succor of US$ 250 million from World Bank after the accordment has been endorsed by the Government of India and the World Bank.

ICICI Bank inaugurated its first full service branch at Sandton in Johannesburg. This branch will undertake banking activities only for corporates and offer trade finance and short term funding for companies having trade links with India.

Housing.com has been rapidly building its business, such as establishing a strategic multi-year partnership with MCHI and CREDAI, the largest real estate developer body in India, creating the first virtual real estate expo that resulted in gaining 60,000 home buyers, released a first-of-its-kind innovative branding solution for premier developers called BRAND FALCON, and the company is now working with over 40,000 developers and agents.

The 6th National Awards for Technology in Innovation in Petrochemicals and downstream Plastics Processing Industry has been bestowed by Union Minister of Chemicals and Fertilizers, Shri Ananth Kumar in New Delhi to recognize outstanding contribution in R&D.

Grammy award-winning musician Adele’s comeback single received a whopping 27.7 million views in the first day after it was uploaded.

First CS to be bestowed with “Bharat Nirman Awards” in 2010 and a practicing as a CS from 19 years, Mamta Binani has been designated as the President of Institute of Company Secretaries of India (ICSI). She will commence her job from January 19, 2016.

Shri Sanjiv Ranjan has been designated as the next Ambassador of lndia to Republic of Argentina.

Seven Buddhist caves have been discovered at Sanjay Gandhi National Park, Borivli (Mumbai) in India, in January 2016. The caves are discovered in the north fringes of the city.

The oldest Christian monastery St Elijah’s monastery in Iraq has been destroyed by the jihadist group Islamic State (IS). The Associated Press published the satellite photographs on Wednesday.

A team of scientists from India, Sweden, China, the US and Russia discovered a new bird species, dubbed Himalayan Forest Thrush in northeastern India and adjacent parts of China.

It was first discovered in May-June of 2009 and after a thorough observation it was realized that it has similarities to other bird species Plain-backed Thrush (Zoothera mollissima) except song type.

Jehan Daruvala, Indian racer started his campaign 2016 by winning one of New Zealand’s  most prestigious events, the Lady Wigram Trophy, for his maiden victory in Formula cars. 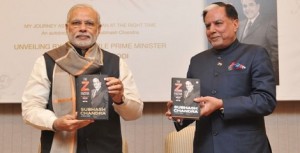