“Start up India, Stand up India” instigated in Thane

The ambitious flagship programme, “Start Up India, Stand Up India” has been launched in Thane by Deepak Ghaisas, who was the first Indian to receive the CFO Asia Award in 2001.

The Government of India has signed a Memorandum of Understanding (MOU) under the Scheme Ujwal DISCOM Assurance Yojana (UDAY) with the State of Uttar Pradesh and Uttar Pradesh Power Corporation Limited (UPPCL).

The Union Health Minister JP Nadda set up a Central monitoring team which constitutes a technical group to monitor the Zika situation.

The Indian Railway Catering and Tourism Corporation (IRCTC) has announced some changes by replaced existing rules in the booking to prevent misuse.

US Agency for International Development’s (USAID) has extends the funds for the TB-free India project. India has the highest number of tuberculosis cases in the world. In India nearly2.2 million TB cases are annually reported.

On the sidelines of industry regulator’s warning, PSBs including Mumbai headquartered State Bank of India and Bank of Baroda are creating stricter norms on anti-money laundering (AML) framework for their branches outside India that can stop or detect cash and suspicious transactions.

The government revised down its annual economic growth for the fiscal year that ended in March 2015 to 7.2% from 7.3%.

Dr Reddy’s Laboratories (DRL) has received an approval from the US Food and Drug Administration (USFDA) for ZembraceSymTouch injection.

Chief Minister of Bihar, Nitish Kumar has been selected for the K Veeramani Award for Social Justice 2015 for his contribution towards social justice as Chief Minister.

New Hindi writers Amlendu Tiwari and Om Nagar have been selected for the 11th Navlekhan award of the Bharatiya Jnanpith.

The prize includes Rs 50,000 cash along with a certificate of merit and an idol of Vagdevi. The award is given to first time litterateurs. 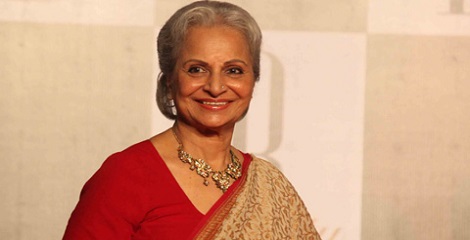 During 6th Yashwant International Film Festival 2016 in Mumbai, veteran actress Waheeda Rehman has been honoured with a special award for her contribution to the film industry.

During festival 22 films were showcased in the category of Global Cinema, 14 in Kaleidoscope, 6 in Latin America, 6 in Country Focus, 5 in Retrospective, 5 Marathi movies and 7 films of Hector Beveko.

Dr. Kamlesh Kumar Pandey is appointed as the Chief Commissioner  for Persons with Disabilities (CCPD) for three years by the Union Government.

Ten part-time Non-Official Directors (NODs) have been appointed by the government on the board of various public sector banks. Department of Telecommunications has designated J.S. Deepak as its Secretary. He will succeed Rakesh Garg.

LearnSprout software is used by over 2,500 school districts across the U.S. Its software can be used to track patterns in categories like health and attendance.

MITRA (Mobile Initiated Tracking and Rescue application), a mobile application has been launched by Puducherry Lt Governor AK Singh to ensure safety and security of women, children and the elderly during emergency.

“Indian Customs – Guide to Travellers” app: A rulebook to people

Customs Department has initiated first-of-its-kind mobile application in the world dubbed “Indian Customs – Guide to Travellers” to inform people about all Indian customs rules including those related to import of pets and goods.

The app is able to work in offline mode provides contact details of customs officers at major Indian airports.

Graham Xavier Ford designated as the chief coach of the Sri Lankan cricket team for his second stint. He will succeed Marvan Atapattu. Earlier he was appointed in January 2012.

About Graham Xavier Ford: 1960 born is a South African first class cricketer before turning his career to be a cricket coach.

The former Army Chief General and a former Governor of Jammu & Kashmir, Nagaland, Manipur and Tripura, K.V. Krishna Rao died at military hospital in New Delhi. He was 92.

Jefferson Airplane guitarist and co-founder Paul Kantner passed away due to organ failure. He was 74.