The oldest Christian monastery St Elijah’s monastery in Iraq has been destroyed by the jihadist group Islamic State (IS). The Associated Press published the satellite photographs on Wednesday. 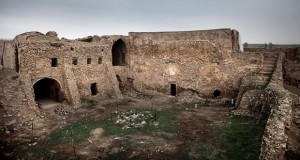 Key Highlights about the Monastery