Seven Buddhist caves have been discovered at Sanjay Gandhi National Park, Borivli (Mumbai) in India, in January 2016. The caves are discovered in the north fringes of the city. 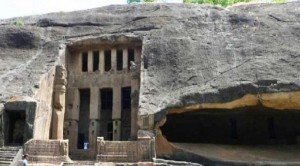 Some highlights of the discovery site