Government decided to set up a high-powered panel headed by cabinet secretary P K Sinha to process the recommendations of the 7th Pay Commission which will have bearing on the remuneration of 47 lakh central government employees and 52 lakh pensioners.

The Empowered Committee of Secretaries will function as a Screening Committee to process the recommendations with regard to all relevant factors of the Commission in an expeditious detailed and holistic fashion.

Government has an ambitious plan to have 175 GW of power generation capacity from renewable sources, including 100 GW from solar and 60 GW from wind by 2022.

Jharkhand government is ready to set up fast track courts in five districts for speedy trial of cases relating to witchcraft incidents.

Due to prevailing superstition among a section of the rural populace, witchcraft-related attacks are sometimes reported in the state.

President Pranab Mukherjee has given his assent to the Sugar Cess (Amendment) Bill, 2015, raising the ceiling of the impost from Rs 25 to Rs 200 per quintal, a measure that will help sugarcane growers and cash-starved mills.

The hike in sugar cess would lead to increase in the accruals to the Sugar Development Fund, which facilitates rehabilitation and modernization of sugar mills, thereby helping cane growers. 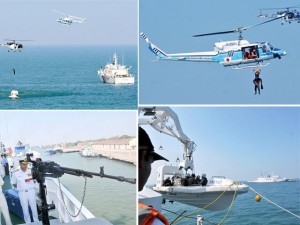 The 15th edition of bilateral exercise between India and Japan titled “Sahayog-Kaijin 2016” has begun off the coast of Chennai, Tamil Nadu in the Bay of Bengal.

About Sahayog-Kaijin Exercise:
It is a part of the cooperative arrangements between two Coast Guards for the last 15 years. It is also as part of the memorandum on cooperation (MoC) signed between the two countries in 2006.

4-member EPG suggested by Nepal to review accords with India

Ahead of Nepalese Prime Minister Khadga Prasad Sharma Oli maiden visit to India next month, the Nepal government has proposed formation of a four-member Eminent Persons Group to review the existing bilateral agreements with India including the strategic Peace and Friendship Treaty of 1950.

Saudi Arabia has reopened its embassy in Baghdad after a closure that lasted 25 years.

Iraqi Foreign Minister Ibrahim al-Jaafari accepted the credentials of Ambassador Thamir al-Sabhan. Both diplomats underlined the necessity for their countries to boost bilateral relations in all fields.

WHO declares world’s worst ever Ebola outbreak over

World Health Organisation (WHO) announced that the Ebola epidemic that has ravaged West Africa for two years was over after Liberia, the last affected country, received the all-clear.

Liberia, the country worst hit by the outbreak with 4,800 deaths, discharged its last two patients from hospital, the father and younger brother of a 15-year-old victim.

The wealth management service ‘Exclusif’ is targeted at the fast-growing affluent segment in the country, ‘SBI InCube‘ the branch for start-ups would offer advisory services to the budding entrepreneurs under one roof.

UNICEF Goodwill Ambassador and retired football professional David Beckham has been bestowed with the Danny Kaye Humanitarian Leadership Award at the 6th biennial UNICEF Ball in Los Angeles for recognizing his tireless work to save and improve the lives of children around the world. 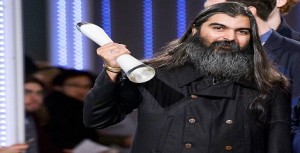 City-based fashion designer Suket Dhir won the Rs 48.5 lakh (A$100,000) worth prestigious International Woolmark Prize.The announcement was made overnight in Florence by the Organiser.

Woolmark is a trademark owned by Australian Wool Innovation Limited (AWI).AWI licenses this trademark to be used by affiliated vendors on their products as an assurance that the product conforms to a set of standards laid by the organization.

Bhaskar Bhat has taken over as the new chairman of Tata-SIA joint venture Vistara, the airline .

Vistara is the third full service carrier after Air India and Jet Airways, had launched its operations on January 9, last year and now operates 307 weekly flights to 12 destinations with a fleet of nine Airbus A320s. 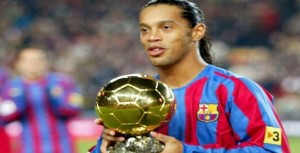 Brazilian star Ronaldinho was appointed as Brand Ambassador of Nagjee International Club Football Tournament will be played in Kozhikode in February 5, 2016 to February 21, 2016.

After the multipurpose exercises carried out for improving the system, the indigenously-built third generation anti-tank missile, Nag successfully hit the target 4 km away during a night trial in the Mahajan Field Firing Range, Rajasthan.

Israel has marked the addition of a fifth German-made submarine to its fleet with a dedication ceremony attended by the Israeli Prime Minister Benjamin Netanyahu.

The ship cost nearly $500 million to build, with Berlin providing about a third of the funding. 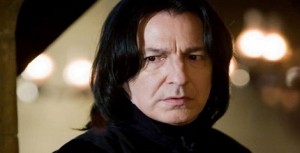 British actor and Director  Alan Rickman, a classically trained stage star and screen villain in the Harry Potter saga and other films has died. He was 69.

Born on February 21, 1946 in a working class family. His first major role was as the impetuous Tybalt in a BBC TV adaptation of “Romeo and Juliet” (1978) but came to viewers’ attention with his brief appearance in the BBC adaptation of John le Carre’s “Smiley’s People” (1982) with Alec Guinness and then as the odious, smarmy Reverend Obadiah Slope in the channel adaptation of Anthony Trollope’s ecclesiastical series “Barchester Towers” (1982).

Noted filmmaker Anil Ganguly passed away today at his residence here after a brief illness.He was 82.

About Objective Railway Engineering-Track, Works & Others :

On 15 January 2016 India celebrated 68th Indian Army day in New Delhi. It has been started celebrating to respect the Lieutenant General of India, K. M. Cariappa (Kodandera Madappa Cariappa) who was the first Indian Army’s Commander-in-Chief.