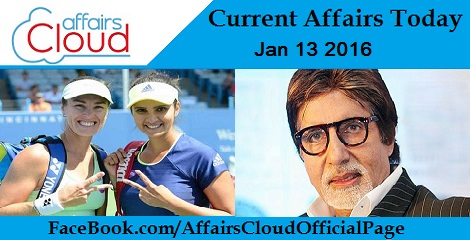 With an aim to make the interface more audience friendly and fill the communication with civil administration, the India Meteorological Department (IMD) has changed the languages and also redefined many of its terms.

Following are some of the major changes introduced by the department:

To accelerate the Mumbai-Ahmedabad High-Speed Rail Corridor, meant for bullet trains between the two cities, Prime Minister’s Office has constituted a committee the vice-chairman of the NITI Aayog, Arvind Panagariya that will interact with the Japanese counterpart for taking the next step in implementation.

Covering Sriganganagar, Bikaner, Barmer and Jaisalmer in Rajasthan Border Security Force has launched ‘Operation Cold’ along the international border. It will continue till January 30.

Highlights of the event:

Nitin Gadkari-led Road Ministry announced Rs 11,000 crore for a plan to reduce the number of road fatalities and to fix 726 black spots on which people have lost their lives across the country where frequent accidents occur due to road engineering faults.

Earlier Facts: India has the highest number of roads fatalities in the world and one person being killed in a road mishap every four minutes. More than half of the road fatalities in India involve two-wheeler riders.

About Jallikattu: It also known as Eruthazhuvuthal, is a bull taming sport played in Tamil Nadu as a part of Pongal celebrations on Mattu Pongal day.

Reliance Defence Ltd has signed an MOU with Andhra Pradesh government to set up a naval facility along the country’s eastern coast with an initial investment of Rs.5,000 crore. It will be located 70 km south of Visakhapatnam in Andhra Pradesh.

In a bid to provide a social security to farmers, Union Cabinet has approved a new crop insurance scheme, having premiums as low as 1.5% of the sum insured.

PMFBY will replace the existing two schemes National Agricultural Insurance Scheme as well as Modified NAIS which have had some inherent drawbacks.

Chinese President Xi Jinping reorganised four army headquarters by replacing them with 15 new agencies under the Central Military Commission(CMC) headed by him.

Xi Jinping is regarded as the most powerful Chinese leaders in recent decades after Mao Zedong and Deng Xiaoping as he consolidated his power base heading the troika of President, CPC General Secretary and Chief of Military.

US, Jordan signed JAP on cooperation to counter Nuclear Smuggling

United States and Jordan signed a Joint Action Plan (JAP) to improve efforts against nuclear and radiological smuggling. The partnership will help in enhancing the efforts to combat nuclear terrorism.

The measure strengthens US-Jordanian efforts to work to detect and prevent nuclear and radiological smuggling incidents. The US has similar agreements with 13 other countries, including Iraq, Ukraine and Lithuania.

The Securities and Exchange Board of India (SEBI) tightened the rules on mutual fund exposure to corporate bonds by capping the investment limit in debt securities issued by a single company at 10% down from 15% of the net asset value of a scheme. The changes followed the crisis at JP Morgan Mutual Fund because of its exposure to the debt securities of Amtek Auto.

RBI announced in its Half Yearly Report on Management of Foreign Exchange Reserves which were $350.4 billion as on September 2015, were able to support imports for 9.8 months. Import cover was 8.1 per cent in September 2014.

IndiaFirst Life Insurance, a joint venture between Bank of Baroda, Andhra Bank and Legal and General of the UK entered into pension sector with launch of a 9% guaranteed retirement plan.

The policyholder, who has option to receive the funds between 40-80 years, will also get a tax benefit on the premiums paid, as per Income Tax Act.

Inclusive growth – Chief Minister Chandrababu Naidu admitted that in his earlier stint as Chief Minister of the undivided State, he had focused only on growth in the belief that it would have a trick-e down effect.

The colourful Kullu folk dance “Nati” which saw participation of 20,000 dancers during Kullu Dussehra festival on October 26 2015 has entered the Guinness book of world records.

The Guinness Book authorities were informed about the show and the entire programme which lasted about an hour was monitored. 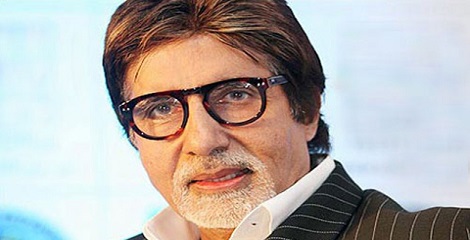 Mohammedan Sporting along with Mohun Bagan A.C. and East Bengal F.C. are tagged as the Big Three. India’s Sania Mirza and her Swiss partner Martina Hingis broke a 22 year old world record by winning their 29th women’s doubles match in a row en route to their entry into the women’s doubles final of the WTA Sydney International, in Sydney.

The Auckland Aces shot maker Colin Munro hit a 14-ball 50 to send the Black Caps to a comfortable nine-wicket win over Sri Lanka. His knock was second in speed only to Indian Yuvraj Singh, who took just 12 balls against England at Durban in 2007.

The Sports Confederation of Denmark and Danish Jyllands-Posten newspaper voted Rene Holten Poulsen the prize, which is known as Sports Name of the Year and is among the country’s top sports prizes.

Danish football star Christian Eriksen grabbed the prize of Footballer of the Year for the third time in three consecutive years.