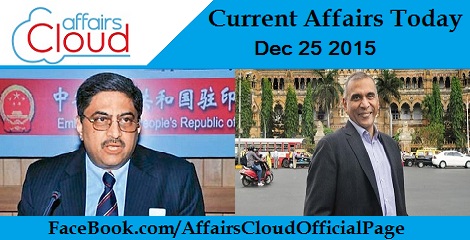 Chhattisgarh has been adjudged as the best performing State for its exemplary work in the field of information technology during the “Digital India Week 2015”.

Within Chhattisgarh, the districts of Kondagaon, Koriya and Gariyaband were adjudged the best performers for its digital facilities and services to the people. CM Raman Singh had launched 16 premium digital services.

The General Assembly has approved a $5.4 billion budget for the United Nations’ regular operations during 2016 and 2017.

The United States, the largest contributor, pays 22% of the regular budget followed by Japan with 9.68%.

The agreement brokered by United Nations was facilitated by the Secretary-General Special Representative, Martin Kobler, in a bid to end a four-year-long crisis that has left nearly 2.4 million Libyans in desperate need of humanitarian aid.

China-backed Asian Infrastructure Investment Bank (AIIB) in which India is a founder member along with other 56 countries was formally established here and expected to start operation next month.

The bank’s establishment came after 17 funding members of the AIIB, which account for just over 50% of its share capital, ratified the agreement on the bank.

China, India and Russia are the three largest shareholders, taking a 30.34 per cent, 8.52 per cent, 6.66 per cent stake respectively in the newly-formed bank. Based on the shareholding, India is expected to get the post of the Vice President.

The current account deficit (CAD) narrowed to 1.6% of GDP at USD 8.2 billion in the second quarter ended September.

According to experts, a CAD up to 2.5% of GDP can be financed with the current level of foreign fund inflows and remittances. In FY14, it had risen to a historic high of 4.8% of GDP.

Foreign exchange reserves on a balance of payment basis also came down by USD 0.9 billion in Q2 of the current fiscal.

India’s central bank The Reserve Bank of India has invited applications for “Payment System Innovation Awards” to encourage innovative solutions in the field of Payment and Settlement System.

The Drugs Controller General of India (DCGI) recently approved the sale of Sofosbuvir-Ledipasvir combination, which is being manufactured in India under a license from Gilead.

Aurobindo Pharma Ltd. has received 54th approval of the U.S. Food and Drug Administration(USFDA) to manufacture and market Famotidine tablet that is used for the short-term treatment of gastroesophageal reflux disease and active duodenal ulcer.

In the list of Fortune 500 Indian companies 2015, State-owned Indian Oil Corporation (IOC) has maintained its No.1 position followed by Reliance Industries (RIL) in terms of revenue for the 6th consecutive year.

Gautam Bambawale appointed as India’s next High Commissioner to Pakistan 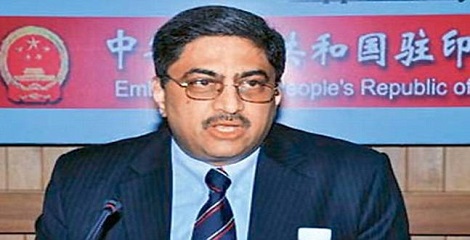 A Bengaluru-based biotech start-up, Pandorum Technologies, has become the first Indian firm to develop artificial living tissue, which performs the function of a human liver and can lead to affordable, full-scale transplantable organs in few a years.

An Indian scientist in the United States has developed a new MRI-based technique to predict survival of patients with aggressive brain tumours and help provide personalised therapy. 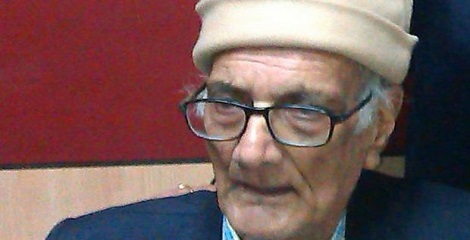 Olympian cyclist Suprabhat Chakrabarty (86) passed away on 24 dec 2015 following a heart attack. He leaves behind his wife, son and daughter. 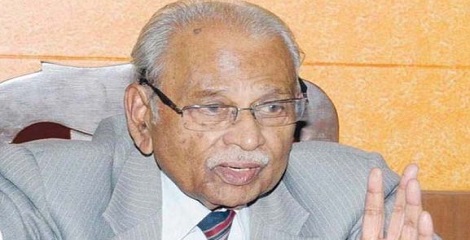 He was conferred with the National Citizen’s Award by the President of India,Karnataka Rajyotsava Award and honorary Doctorate of Law by Karnatak University.