The Vasundhara Raje-led government has managed to pass the Rajasthan Urban Land(Certification of Titles) Bills 2016 in the state assembly.

Gudi Padwa – the Hindu New Year which is commonly celebrated by the Maharashtrians on the first day of the Chaita month of the lunar calendar.

Hyderabad-basedNational Research Development Corporation(NRDC) has been appointed as the nodal agency for commercialising licensing the technical know-how for manufacture of Soil Moisture Indicator in the country.

Urban Development Minister Venkaiah Naidu inaugurated Namma Toilet in New Delhi. Under this initiative across the capital at 19 places- Namma toilets were inaugurated by the local municipal councillors.

After the Bombay High Court had ruled that women cannot be barred from entering the temple ShaniShingnapur temple allows to go into the inner Sanctum.

WHO publicized Global Report on “Diabetes”

On the occasion of World Health Day 2016 that was celebrated on April 7 with theme “Halt the rise: Beat Diabetes”, WHO has released its first Global Report on Diabetes.

A copy of William Shakespeare’s original First Folio, a most sought-after books containing 36 of the Bards plays, has been discovered at a stately home on a remote Scottish island.

India sat again on the top of the Credit Suisse Emerging Consumer Scorecard 2016. In accordance with the report, Indian consumers stay more optimistic about their present and future funds and moderately low inflation expectations.

Portfolio Investment Scheme: PIS is a route designated by the Reserve Bank of India for Non-Resident Indians (NRIs) and Persons of Indian Origin (PIOs) to invest in Indian Equity Markets for purchase of shares and convertible debentures listed on registered stock exchanges in India.

Economy of Kerala from Foreign remittances:

NTPC’s 2,100 MW Farakka Super Thermal Power Station in West Bengal had to stop generation, given a declining availability of cooling water from the Farakka feeder canal

ITC business group and US-based Starwood Hotels and Resorts have renewed their partnership to operate 12 luxury hotels in India.

The group is an American hotel and Leisure Company headquartered in US, According to Starwood Hotels and Resorts’ corporate profile, the SPG program has over 21 million members.

Vasu will be appointed as the new director of the Tamil Nadu Cricket Association (TNCA) Academy for a period of two years. 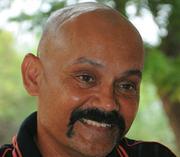 Amitabh Coomar, a former divisional manager for brand marketing at ITC  has appointed as CEO of GoJavas and Jai Vohra, the Head of Marketplace at Jabong.Com will appointed as headof  the company’s Strategy and Planning functions.

California based giant HP unveiled world’s thinnest HP Spectre Notebook weighing 1 kg and as thin as 10.4 mm and Elite x3 a 5.96 inch touchscreen device that will enable users to connect seamlessly to a separate screen, mouse and keyboard.

Saina sinks to World No. 8, Srikanth out of top 10 in BWF ranking 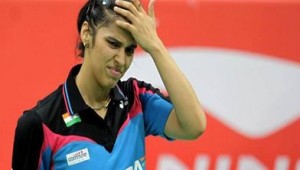 Kansai Nerolac ties up with Gujarat Lions for IPL Season 9

Kansai Nerolac Paints Ltd has signed up with the Gujarat Lions franchise as associate sponsor for the ninth edition of the Indian Premier League (IPL) which will start on April 9,2016.

Delhi CM, Arvind Kejriwal has launched actor Emraan Hashmi’s book titled, ”The Kiss of Life How a Superhero and my son defeated cancer”.

A State in Denial authored by BG Verghese

A State in Denial – Pakistan’s Misguided and Dangerous Crusade authored by veteran journalist BG Verghese was re-released during a discussion organised by the India International Centre, New Delhi. 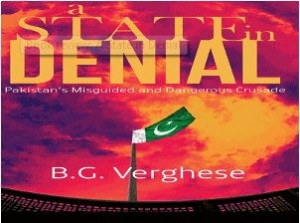 Merle Haggard, one of the most successful singers in the history of country music died at his farm in California on April 6, He was 79.

Veteran journalist and author Yogendra Bali has passed away. Mr. Bali has served The Times of India as its roving correspondent till retirement.

International Romani Day is celebrated on 8th April of every year.