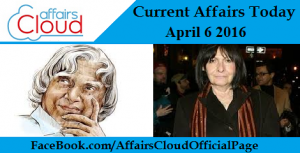 3 mega projects started off in Nagaland

In a bid to provide modern schools in the underdeveloped rural areas and to fill up vacant teacher posts, Odisha Adarsh Vidyalaya (OAV) project has been initiated covering 14 districts of the state.

Permanent memorial to Kalam at DilliHaat in INA 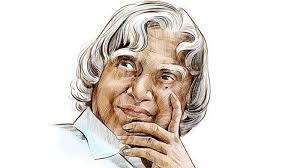 AAP government has decided to build a permanent memorial to APJ Abdul Kalam at a famous market here where belongings of the former President including his books and musical instruments would be on display.

The first ever air-conditioned local train for Mumbai flagged off into the city, the blue-grey train rake with a stainless steel body has 12 coaches with a capacity to seat 5,964 passengers.

New Features in the Train:

With the ban on country liquor Bihar would become the fourth state in India to impose a total prohibition of alcohol.

The Bihar Excise (Amendment) Act, 2016 – This act provisioned with various stringent provisions including awarding capital punishment for those who manufacture and sell illicit liquor that causes death.

Union Government has tripled the funding for exports to Iran to Rs 3,000 crore through the Export Development Fund (EDF) of the Exim Bank. The move likely to improve bilateral trade and strategic ties.

Navratna Company  has commissioned a record Rs 30,300 crore projects in the last fiscal and also achieved a planned capex of Rs 22,500 crore.

Bhubaneswar based The East Coast Railway (ECoR) has become the largest freight loading railway zone of Indian Railways, the board with 49 milliontonnes of freight compared to 161.91 during the last year, registering a 7.1 per cent growth in 2015-16.

EMC Corporation has opened its second R&D centre in India at Pune. The company already has a Centre of Excellence (CoE) in Bengaluru.

Impacts of Panama Papers in other countries

Gurgaon-based carpooling app Orahi has acquired Odd-Even.com to find partners to commute during the odd-even rule, for an undisclosed amount.

With an aim to succor scientists to study micro-gravity and space life science, China has successfully launched a retrievable scientific research satellite “SJ-10″.

Researchers made the smallest diode using a DNA molecule

Researchers made one of the fundamental components of modern electronics, creating the world’s smallest diode out of a single molecule of DNA.

India’s duo Chitra Magimairaj and Varshaa Sanjeev won the seniors and under-21 gold medals respectively at the WLBS World snooker championship in Leeds.

Mother Dairy was commissioned in 1974 as a wholly-owned subsidiary of the National Dairy Development Board (NDDB). It was established under the initiative of Operation Flood, the world’s biggest dairy development programme launched to make India a milk sufficient nation.

The architect of Madras Atomic Power Station (MAPS), “Myneni Hari Prasad Rao” aka MHP Rao passed away due to old age ailments. He was 88. 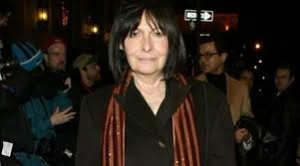 Barbara Turner, the Emmy–nominated screenwriter and producer has died in Los Angeles.

International Day of Sport for Development and Peace – April 6

UN celebrates April 6 as the International Day of Sport for Development and Peace.