We are here for you to provide the important Recent and Latest Current Affairs September 10 2019, which have unique updates of Latest Current Affairs 2019 from all newspapers such as The Hindu, The Economic Times, PIB, Times of India, PTI, Indian Express, Business Standard and all Government official websites.

India declares free from H5N1 avian influenza
On September 3, 2019, India has been declared free from H5N1 avian influenza (commonly known as bird flu) by OIE (Office International des Epizooties)-World Organisation for Animal Health. The flu was last reported in 2017 with disease outbreaks in Odisha, Bihar, and Jharkhand.
Key points
i. H5N1 is non contagious but has a mortality rate of 60%, when infected. The influenza virus, which causes the illness, is of four types: A, B, C, and D. Only nly the influenza A and B viruses are known to cause epidemics.

Key Points:
i. It has a capacity of 2 million metric ton per annum.
ii. The price of petroleum products will be reduced by Rs. 2 per litre in Nepal.
About Nepal:
♦ Capital: Kathmandu
♦ Currency: Nepalese Rupee
♦ President: Bidhya Devi Bhandari 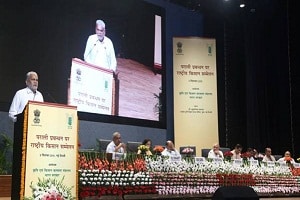 Defence Secretary Sanjay Mitra to head 3 member panel to look into assets, liabilities of J&K
On September 9, 2019, the centre has appointed defence Secretary Shri Sanjay Mitra to head a 3-member panel to look into assets, liabilities of Jammu and Kashmir(J&K) between two successor Union territories(UT) J&K and Ladakh, that comes into effect on October 31, 2019.
Background: The centre, announced the withdrawal of the special status granted to Jammu and Kashmir under Article 370 of the Constitution and bifurcation of the state into two UTs on August 5, 2019.
i. Other members of the panel: With Sanjay Mitra being the chairperson, the other members on the panel include,

ii. Committee: The committee is constituted by the powers conferred by Section 84 and Section 85 of the Jammu and Kashmir Reorganisation Act, 2019.

Kerala to set up India’s first iWTC in Kozhikode
In consonance with the 17 United Nations Sustainable Development Goals (UNSDGs), Kerala will set up India’s first International Women’s Trade Centre (iWTC) in Kozhikode to boost women entrepreneurship and secure gender parity. It is an important Gender Park under the Department of Social Justice of Kerala Government.

India participates in 84th Edition of TIF 2019 in Greece
India participates in the 84th Edition of Thessaloniki International Fair (TIF) for the year 2019 in Greece from 7-15 September 2019. Indian delegation was led by Minister of State (MoS) for Commerce and Industry, Hardeep Singh Puri and it was attended by officials of Indian Government from the Ministries of Commerce and Industry, Electronics & Information Technology, and Tourism, and officers of Embassy of India in Greece, International Trade Promotion Organisation (ITPO), India Brand Equity Foundation (IBEF) and Confederation of Indian Industry (CII) & other prominent Indian entrepreneurs. 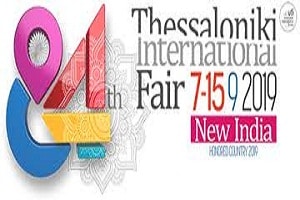 Key Points:
i. New India Pavilion: It was inaugurated by the Prime Minister of the Hellenic Republic, Mr. Kyriakos Mitsotakis and the Minister of State for Commerce and Industry, Hardeep Singh Puri.
ii. India welcomed investments in different sectors.
iii. Exhibitors from Indian Space Research Organisation (ISRO), National Thermal Power Corporation (NTPC), Agricultural Produce Export Development Authority (APEDA), companies from the Micro Small and Medium Enterprises (MSME) sector and tiles and ceramics industry and handicrafts from Rajasthan, Moradabad and Jammu & Kashmir had also participated in the fair.
iv. The rank of India in the Global Innovation Index (GII) 2019 is 52 amongst 129 countries in the list.
About Greece:
♦ Capital: Athens
♦ Currency: Euro

Overview of the report submitted to RBI by a panel headed by Harsh Vardhan for the development of housing finance securitisation market
The panel headed by Harsh Vardhan, senior advisor, Bain and Co., for the development of housing finance securitisation market has submitted its report to the governor of the Reserve Bank of India (RBI) Shaktikanta Das.
i. The panel suggested that the National Housing Bank (NHB) should create an intermediary for standard-setting and market-making for the instruments. Intermediary could operate either directly through the NHB, the Indian Mortgage Guarantee Corporation (IMGC), or the RBI could set up a new organisation.
ii. The new entity would have 51% ownership by the government through the NHB initially. The government ownership in the entity would then be gradually reduced to 26% over a period of 5 years. The remaining capital of 49% may be initially raised from multilateral agencies. It will start with Rs 500 crore of initial capital and it would be allowed to invest in each pool it securitizes to the extent of 5% of the pool, or 5% of its own capital base, whichever is lower…………………………….Click here to Read more

Finance ministry notifies code of conduct for non-official directors of PSBs
The Department of Financial Services, Ministry of Finance of the Government of India has issued a code of conduct for non-official directors (NOD) of Public Sector Banks (PSBs). The boards of the banks will have to send an annual performance report which rates a director based on professional and ethical conduct, and contribution to the board.
Key Points:
i. This was brought out to establish certain measures to improve corporate governance. The ‘Code for NODs’ will be in addition to the existing ‘Guidelines on Role and Responsibilities’ and ‘Do’s and Don’ts’ for NODs issued by the Finance Ministry in September 2002.
ii. The director’s performance will be measured on various parameters like avoidance of direct or indirect conflict of interest, acting according to rules and in the best interest of the bank, avoiding any gain to self or associates and maintaining confidentiality.
iii. Securities and Exchange Board of India (SEBI) already has the code for independent directors under the Companies Act. 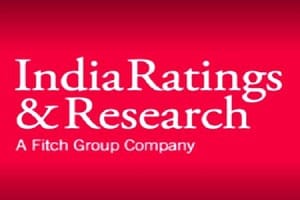 Key points
i. Other factors for rate cut: Fall in auto industries’ sales, slowed rural infra activity, challenges faced in the Small and Medium Enterprises (SME) sectors, the slowdown in real estate and moderation in refinancing opportunities.
ii. End of repayment exemption: The NBFCs providing loans to real estate companies may further come under pressure in the first half of 2020 when 70,000 crore advances would no longer be preferred as mandatory repayment exemption.
iii. Recovery measures: The finance ministry and the Reserve Bank of India(RBI) have also announced recovery measures in August 2019, to provide additional liquidity support of Rs 20,000 crores by the National Housing Bank to NBFCs and HFC’s resulting in Rs 30,000 crore liquidity.
iv. India’s GDP forecast: Recently Ind-Ra had also reduced the Gross Domestic Product(GDP) forecast to 6.7% for FY20 from its previous estimate of 7.3% in August, 2019.
About (Ind-Ra):
Ind-Ra is a 100% owned subsidiary of the Fitch Group.
Managing Director(MD) & Chief Executive Officer(CEO)-RohitkaranSawhney(Since 2017). 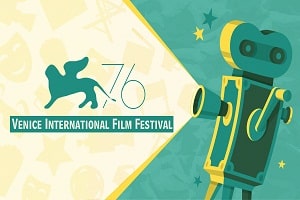 Key Points:
i. Film director from Argentina, Lucrecia Martel was appointed as the President of the Jury.
ii.It was hosted by an Italian actress Alessandra Mastronardi.
iii.Film The Truth, directed by Hirokazu Kore-eda, was selected to open the festival and the film The Burnt Orange Heresy, directed by Giuseppe Capotondi was selected for the closing ceremony.
List of Winners:

i. Since its inception in 2013, the DAIS has been ranked 1st position in International School in India by ‘Education World’ for 7 consecutive years.
ii. The list is topped by Anglo Chinese of Singapore followed by Godolphin & Latymer of UK and St Josephs Institution of Singapore at 2nd and 3rd position. 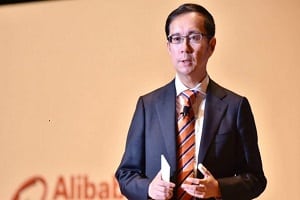 Key points
i. Jack Ma, a former English teacher who founded the firm in 1999 which is now worth $460 billion , was named as China’s richest person in 2018 by Forbes magazine.

Typhoon Faxai hits Tokyo, Japan
On September 9, 2019, Typhoon Faxai has hit Tokyo, Japan. There were winds of up to 216 kilometres (134 miles) per hour. Authorities have issued non-compulsory evacuation warnings to more than 390,000 people. 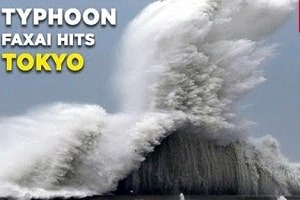 i. About 100 bullet trains connecting Tokyo with central and western Japanese cities were cancelled.
ii. The Rugby World Cup 2019 (9th Edition) is scheduled to be held in Japan from September 20 and the typhoon has affected the preparations.
About Japan:
♦ Capital: Tokyo
♦ Currency: Japanese Yen
About Rugby World Cup 2023:
♦ Edition: 10th
♦ Host country: France

iii. Lightning prone area: Chota Nagpur plateau covering most parts of Jharkhand and adjacent parts of Odisha, West Bengal, Bihar and Chhattisgarh is the most lightning prone area with East Singhbhum district of Jharkhand having highest no. of lightning strikes compared to any other districts in India.
iv. Climate change: It was observed that climate change was closely linked with lightning. Heatwave prone areas were also prone to lightning with increase in pollution being the additional factor.
About IMD:
Formed- 1875.
Headquarters-  New Delhi.
Director General (DG)- Dr. Mrutyunjay Mohapatra.

Brazilian tennis player Diego Matos banned life time for match-fixing
On September 9, 2019, the 31-year old Brazilian tennis player Diego Matos has been banned for lifetime because of match-fixing and was fined $125,000 by an independent anti-corruption hearing. Matos was ordered to repay $12,000, received in the tournament of Ecuador. He was suspended from tennis since December 6 2018. 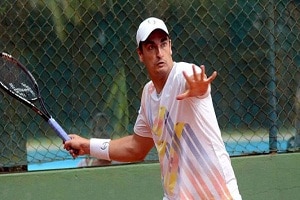 8th edition of Ladakh Marathon, world’s highest marathon, for 2019 held in Leh, Ladakh
The 8th edition of Ladakh Marathon for 2019 was held from September 6-8, 2019 in Leh, Ladakh. It is the highest marathon in the world as it is held at over 11,000 feet above the mean sea level. There were more than 5500 participants from 26 countries. The event was organised by Rimo Expeditions. 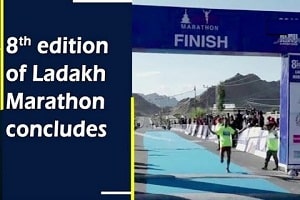 i. World highest Marathon Khardongla Challenge (72Km) was held on September 06, 2019.
ii. It was followed by events held in 3 categories of Full Marathon (42Km), Half Marathon (21Km) and Run of fun (7KM).
iii. The 9th Edition which will be held in 2020 will be a qualifying race for the Abbot World Marathon Majors (AWMM). The races for AWMM will be held in Tokyo, Boston, London, Berlin, Chicago and New York City.

“Savarkar: Echoes from a forgotten past, 1883-1924” by Vikram Sampath released
Renowned Bengaluru-based historian and author Vikram Sampath’s recent book”Savarkar: Echoes from a forgotten past, 1883-1924″ describing the life of freedom fighter and Philosopher Vinayak Damodar Savarkar, popularly known as Veer Savarkar, was released on August 8, 2019, by Viking Penguin publishers. 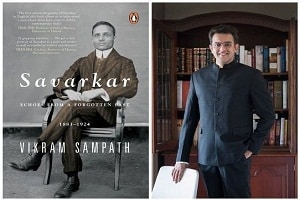 Key points
i. It is a two-volume series of which the first volume alone is released currently. 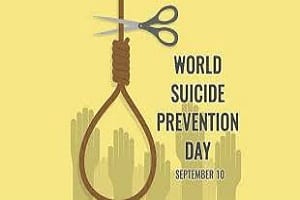 Key points:
i. This year they had launched 40 seconds of action Campaign, which will conclude on World Mental Health Day, 10 October.
ii.World Health Organisation(WHO) publication releases ”Preventing Suicide:a resource for pesticide registrars and regulators”.
iii. ISAP launched Cycling Around the Globe to raise awareness of the risks of suicide and to fund suicide prevention activities.
iii.The day was first observed in 2003.

Telangana CM Chandrashekar Rao presents Rs 1.46 lakh crore annual budget for FY 20
On September 9, 2019, the Chief Minister(CM) of Telangana, Shri K Chandrashekar Rao presented the annual budget for 2019-20 of Rs 1.46 lakh crore. The total expenditure in 2019-20 pegged at Rs 1,82,017 crore (Revenue expenditure: Rs 1,31,629 crore and Capital expenditure: Rs 32,815 crore) .
Key points
Budget presentation: Despite the state finance minister T Harish Rao, the CM himself presented the Budget but it is to be presented in the Legislative Council by Harish Rao.
GSDP: The Gross State Domestic Product(GSDP) of the state has increased to Rs 8.65 lakh crore in 2018-19 from Rs 4.51 lakh crore in 2013-14.
Revenue receipts: The growth rate is expected to be slowed in terms of revenue receipt, due to which budget is to be pared(reduced) and pegged at about Rs.1.70 lakh crore based on vote-on-account (interim permission to spend money as against a full Budget). The expected revenue surplus is ₹6,564 crores and the fiscal deficit is ₹27,749 crore.
Budget allocation: Some of the important budget allocated sectors are as follows,

Actor, cinematographer and director Raja sekar passes away at the age of 61 years in Tamil Nadu
On September 8, 2019, Tamil Film Director, Actor and Cinematographer Raja Sekar passed away due to  cardiac arrest in Chennai, Tamil Nadu, at the age of 61 years. He worked in television Shows. He also populated for Robert Rajasekar Director Duo. His famous films include “Palaivanacholai”, “Chinnapoove Mella Pesu”, “Dhooram Adhigamillai”, “Manasukkula Mathappu”.