We are here for you to provide the important Recent and Latest Current Affairs October 12 2019, which have unique updates of Latest Current Affairs 2019 from all newspapers such as The Hindu, The Economic Times, PIB, Times of India, PTI, Indian Express, Business Standard and all Government official websites. 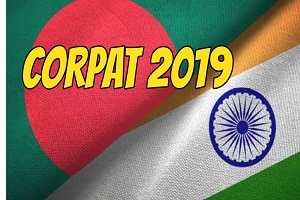 key points:
i. This 2-day CORPAT will be followed by the maiden edition of bilateral exercise between the navies at Visakhapatnam, Andhra Pradesh from October 12 to 16, 2019, which would additionally embrace air familiarisation of Bangladesh Navy aircrew and a 10-day training exercise between Indian Navy Marine Commandos and BN SWADS (Special Warfare Diving and Salvage).
ii. The IN-BN CORPAT which commenced in 2018, is aimed toward upgrading to a bilateral train with the navies taking part in seamanship evolutions, flying workouts with integral helicopters and maritime patrol plane at sea.
About Bangladesh:
♦ Capital: Dhaka
♦ Currency: Bangladeshi taka
♦ Prime minister: Sheikh Hasina

Key Points:
i. The first India Sports Summit 2019 was also inaugurated at this event.
ii. Aim: To achieve the objective of ‘Sports and Industry’ through various initiatives.
iii. Honours: Indian shooter Heena Sidhu, Khelo India athletes Esow Alben (cycling) and Esha Singh (Shooting) were felicitated for their achievements.
iv. ‘Fit India’ mission office will be established with the help of the CII to achieve the goals.
v. India is striving to get Kabaddi a place in the Olympics in 2024.
vi. Other members present: Sanjay Gupta, Chairman of the CII Sports Committee; Radheyshyam Julaniya, Sports secretary; Narinder Batra, President of the Indian Olympic Association (IOC); Parth Jindal, Managing Director of JSW Sports and former Indian cricketer Virender Sehwag.

Chhattisgarh health minister T S Singhdeo inaugurated India’ s 1st Garbage Cafe situated in Ambikapur
On October 10, 2019, Chhattisgarh state Health Minister T S Singhdeo has inaugurated India’s 1st  ‘Garbage Cafe’ with the tagline ‘More the waste better the taste’  in Ambikapur of Surguja district. The concept of this cafe is that ragpickers and the homeless will collect plastic waste, and in return, the municipal corporation will offer them food. 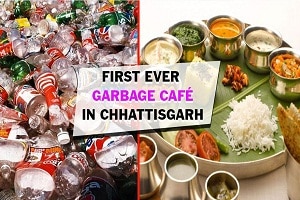 Key points:
i. Ambikapur has clichéd the title of the 2nd cleanest city in India after Indore, Madhya Pradesh. It will provide a boost to the ‘plastic-free’ India goal set by the central Government.
ii. The café offers a full meal for 1 kg of plastic waste. At the same time, breakfast will be made by bringing half a kilogram of plastic.
iii. The plastic collected by the municipal corporation will be used to construct roads.
About Chhattisgarh:
♦ Capital:  Raipur
♦ Governor: Anusuiya Uikey
♦ Chief Minister: Bhupesh Bagel
♦ National Parks: Indravati (Kutru) National Park, Kanger Valley National Park, Guru Ghasi Das (Sanjay) National Park.

7th edition of C40 world mayors Summit 2019 held in Copenhagen, Denmark
Climate Leadership Group C40, the group of major international cities that have banded together around making sustainable changes in transportation, energy use, and consumption held its 7th edition of C40 world mayors Summit 2019 at Copenhagen, Denmark from October 9- 12, 2019 with the aim to reduce greenhouse gas emissions and improve climate resilience.
i. Kolkata state Government has received the prestigious “6th C40 Cities Bloomberg Philanthropies Awards 2019 ” for the city’s green mobility at C40 World Mayor Summit held in Copenhagen, Denmark.
ii. Delhi Chief Minister (CM) Arvind Kejriwal has attended the C40 Cities Summit 2019 in Copenhagen, Denmark through video conferencing after the Ministry of External Affairs (MEA) denied approval to him for attending the summit on climate change…………………….Click here to Read more

RBI introduces a new reporting system for co-operative banks- CISBI
On October 11, 2019, The Reserve Bank of India (RBI) came up with a new reporting system for all co-operative banks (urban, State & district central) called Central Information System for Banking Infrastructure (CISBI) in which they will submit information related to opening/ closing/ conversion of branches, offices, non-administratively independent offices (extension counters, satellite offices), and customer service points (ATMs- Automated Teller Machines) in a single proforma online.
Key Points:
i. Nodal unit: The Bank Branch Statistics Division (BBSD) in the Department of Statistics and  Information Management (DSIM), Reserve Bank of India will be the nodal unit for CISBI.
ii. Replacement: The newly launched CISBI portal has replaced the existing system of email-based reporting (master office file- MOF system) at the branches.
iii. Timeframe: Information should be submitted immediately and in any case not later than one week, the information relating to opening, closure, merger, shifting and conversion of bank branches/offices/NAIOs/CSPs online through the CISBI portal.
iv. Nil report: In the last week of every month, banks have to generate a ‘nil report’ in the CISBI for position as on the last day of the previous month. This is done to ensure correctness of data on the CISBI.
v. This system allots Basic Statistical Return (BSR) code / Authorised Dealer (AD) code to bank branches / Non-Administratively Independent Offices (NAIOs) / Customer Service Points (CSPs).
About CISBI:
CISBI is an online portal that presently allots Basic Statistical Return (BSR) code to branches and offices of all banks.
About Cooperative banks:
These are registered under the Cooperative Societies Act, 1912. They are regulated by the Reserve Bank of India under the Banking Regulation Act, 1949 and Banking Laws (Application to Cooperative Societies) Act, 1965. Anyonya Sahakari Mandali, established in 1889 in the province of Baroda, is the earliest known cooperative credit union in India.
About RBI:
♦ Headquarters: Mumbai
♦ Founded: 1 April 1935, Kolkata
♦ Governor: Shaktikanta Das
♦ Deputy Governors: 4 (BP Kanungo, N S Vishwanathan, Mahesh Kumar Jain, 1 is yet to be appointed) 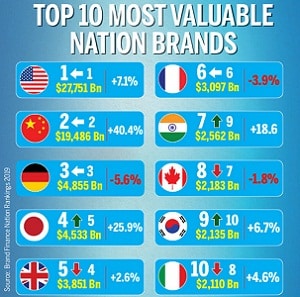 Key Points:
i. Developing economies grew 31.3 times faster in growth than the developed economies
ii. Singapore emerged as the world’s strongest nation brand with the Brand Strength Index (BSI) score 90.5 out of 100.
iii. Only India jumped to the 7th spot whereas no new countries made it to Top 10
Most valuable nation brands:

Winners of the 13th edition of PII-ICRC Awards for 2019 declared
On October 1, 2019, The 13th edition of the Press Institute of India (PII)- International Committee of the Red Cross (ICRC) annual awards 2019 for best article and best photograph on a humanitarian subject were declared. The award ceremony was jointly organized by the PII and ICRC New Delhi Regional Delegation in New Delhi.
i. The awards were given under the theme “Impact of Climate Change on Humanitarian Issues”.
ii Awards are designed to promote and recognise the outstanding work of journalists in the field of humanitarian reporting………………………Click here  to Read more

American Olympic swimming champion Conor Dwyer announces retirement
On October 12, 2019, American competition swimmer and 2-time Olympic gold medalist, Conor James Dwyer (30) has announced his retirement after being handed a 20-month doping ban for having testosterone in the form of pellets, surgically inserted into his body. His ban was made effective on December 21, 2019, & he won’t be eligible for Tokyo Games 2020. 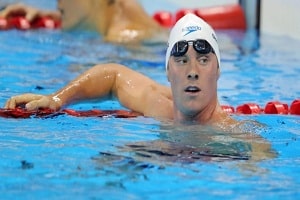 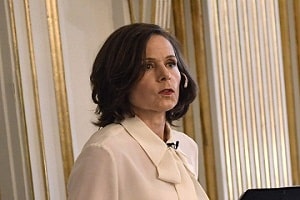 i. Born on 5 April 1962, Täby, Sweden, Danius served as the first female permanent secretary of the Swedish Academy from 2015 – 2018.
ii. She was a professor of aesthetics at Södertörn University in Stockholm, Sweden and docent of literature at Uppsala University in Uppsala. She was asked to resign from her position and left the academy, established in 1786, on 12 April 2018 sex abuse and financial crime scandal that broke out in 2017. 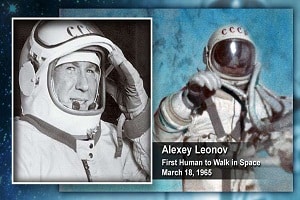 i. Born on 30 May 1934, Kemerovo Oblast, Russia, the Soviet cosmonaut was a close friend of Yury Gagarin, the first person reached space in 1961. Four years later, in March 1965, Leonov and his other partner Pavel Belyayev flew to space under the Voskhod 2 mission. During this mission, on 18 March 1965, Leonov exited the spacecraft and walked for 12 minutes and nine seconds.
ii. Mr. Leonov described by the Russian Space Agency as Cosmonaut No. 11, was awarded the country’s highest honor ‘Hero of the Soviet Union’.
iii. Leonov led the Russian Soyuz vehicle in the Soyuz-Apollo mission sent in July 1975. This was the first joint space mission of the US (United States) and Russia.

First World Cotton Day observed on October 7, 2019
The 1st Edition of the World Cotton Day (WCD) was observed on October 7, 2019. It was organized by the World Trade Organization (WTO) as an initiative of the Cotton-4 countries (Benin, Burkina Faso, Chad, and Mali) in collaboration with the United Nations FAO, UNCTAD, ITC, and ICAC.
i. The 5-day WCD programme was held in Geneva, Switzerland from October 7-11, 2019.
ii. Union Textiles Minister Smriti Irani represented India in a 5-day WCD event…………………Click here to Read more

World arthritis day observed on October 12, 2019
On October 12, 2019, World Arthritis Day (WAD) was observed all over the world with the aim to create global awareness on issues affecting people with rheumatic and musculoskeletal diseases (RMDs). The theme of this day for 2019 is “Time2Work”. Arthritis is an inflammatory condition causing pain and stiffness in joints. 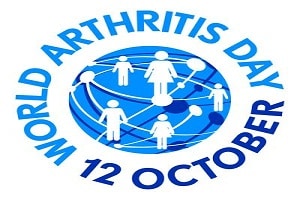 Key points:
i. Observing since 1996, this annual event was started by the Arthritis and Rheumatism International (ARI).
ii. European League Against Rheumatism (EULAR)’s campaign for World Arthritis Day 2019 is “Don’t Delay, Connect Today” , which aims to underscore that early diagnosis of rheumatic and musculoskeletal diseases (RMD) and access to treatment can prevent further damage. The campign was started in 2017.
About EULAR:
♦ Founded: 1947
♦ Headquarters: Zurich, Switzerland 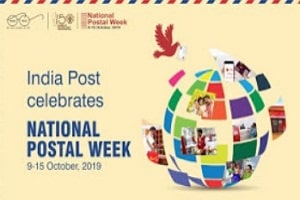 key points:
i. The weeklong celebration marks the anniversary of the establishment of the Universal Postal Union (UPU) in 1874 in Switzerland capital Bern. World post day is celebrated on October 9 every year.
ii. Maharashtra Postal Unit is organizing celebrations during the National Postal week, 2019 in each of its 5 Regions such as Mumbai, Navi Mumbai, Pune, Nagpur, Aurangabad & Goa.
iii. As part of National Postal Week, the Department of Posts celebrates as per following schedule 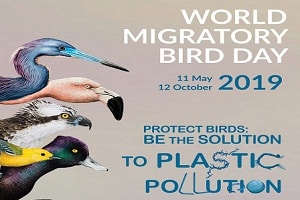 Key points:
i. This day was 1st celebrated in 2006. Organized by the Secretariats of the Convention on the Conservation of Migratory Species of Wild Animals (CMS) and the African-Eurasian Migratory Waterbird Agreement (AEWA), the day is celebrated biannually on second Saturday in May and October starting from 2018. For year 2019 it was celebrated on 11 May and 12 October, 2019.
ii. The CMS and AEWA are 2 International Wildlife Treaties administered by the United Nations Environment Programme (UNEP).
About UNEP:
♦ Formation :5 June 1972
♦ Headquarters :Nairobi ,Kenya

CM YS Jagan Mohan Reddy launched YSR Kanti Velugu Scheme 2019 in Andhra Pradesh
On October 10, 2019, The Chief Minister (CM) of Andhra Pradesh YS Jagan Mohan Reddy of Yuvajana Sramika Rythu Congress Party (YSRCP) launched YSR Kanti Velugu Scheme 2019 at Government Junior College for Boys in Anantapur district on the occasion of World Sight Day. It is a part of Fit India Movement.
i. Under this scheme, the natives of Andhra Pradesh can screen their eyes free of cost and spectacles will also be provided.
ii. The estimated cost is about Rs 560.88 crore…………………….Click here to Read more 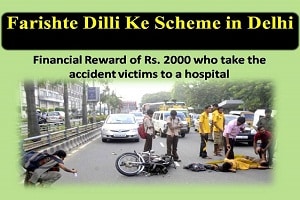 Key Points:
i. Rs 2,000 and a certificate is provided to a good Samaritan for taking the accident victims to a hospital.
ii. The minister also honoured people who had helped other fellow citizens in need.
iii. The private hospitals are required to display boards within its premises to inform that they offer free treatment to medico-legal victims of road accidents, acid attack and burn injuries.