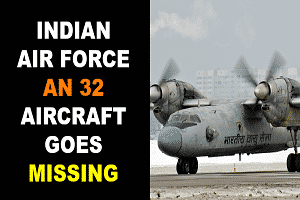 Key Points:
i. The Aircraft consisted of 8 crew members, including 6 officers led by a Wing Commander and 5 passengers.
ii. The ground agencies had last contacted the aircraft at 1 pm following which the contact was lost.
iii. The search operations from air and ground parties of Indian Army have been undertaken. On the air, sources like C-130, AN-32 aircraft, two Mi-17 of IAF and Indian Army ALH helicopters were employed. On the ground, the Indo-Tibetan Border Police(ITBP), Border Roads Organization(BRO) and the state police were deployed.
iv. Similar cases were registered in 2009 and 2016. In June 9, 2009, an IAF AN-32 had crashed over Rinchi Hill near Heyo Village, West Siang district, Arunachal Pradesh, which killed 13 personnel and the biggest IAF AN-32 crash took place on July 22, 2016 when the aircraft went off the radars over the Bay of Bengal which killed 29 people.
About Indian Air Force(IAF):
♦ Headquarters: New Delhi
♦ Founded: 8 October 1932, India
♦ Role: Aerial warfare
♦ Attack: Jaguar, MiG-27, Harpy
♦ Fighters: Sukhoi Su-30MKI, Dassault Mirage 2000, Mikoyan MiG-29, Mikoyan-Gurevich MiG-21, HAL Tejas
♦ Chief of Air Staff(CAS): Air Chief Marshal Birender Singh Dhanoa

Haryana High court declares of entire animal kingdom as ‘legal entities’
On June 2, 2019, The Haryana High court (HC) declared the entire animal kingdom, including avian and aquatic, as a legal entity having rights of a living person. The verdict of Punjab and Haryana HC comes a year after Uttarakhand HC passed similar order to protect and promote greater welfare of animals.
Key points:
i. This decision was taken by Justice Rajiv Sharma.
ii. By invoking article 21 of the constitution the court stated that the animals can no longer be treated as objects or properties.
iii. The court also declared all citizens throughout Haryana as persons in loco parentis (meaning – in place of a parent) giving them the responsibility to protect animals.
iv. The court also directed the state government to ensure that no animal shall carry weight or load in excess of the weights prescribed.
v. It also bans the use of animals for drawing vehicles where the temperature exceeds 37°C (99°F).
About Haryana:
Capital: Chandigarh
Governor: Satyadev Narayan Arya
Chief minister: Manohar Lal Khattar

QUAD (Quadrilateral Security Dialogue) held at Bangkok
The fourth Quadrilateral Security Dialogue (QUAD) meeting was recently held in Bangkok, Thailand. It is an informal strategic dialogue between the group of four countries – the United States, India, Japan, and Australia. It was attended by senior officials of QUAD member countries.
Key Highlights:
i. Countries held a consultation on their collaborative efforts to advance a “free, open and inclusive Indo-Pacific region”, maritime security and good governance and also discussed the initiatives taken by each country to encourage transparent, principles-based investment in quality infrastructure.
ii. Meeting participants assured their support for ASEAN centrality and ASEAN-led regional architecture.
iii. hey also reassured their shared commitment to preserving and promoting the rules-based order in the Indo-pacific region
About Quad:
It was originally initiated in 2007 by Prime Minister Shinzo Abe of Japan but later disbanded after withdrawal of Australia. However, it was revived again in 2017 in response to increased Chinese economic and military power.

First UAE Permanent Residency issued in Abu Dhabi
Federal Authority for Identity and Citizenship (ICA) Of UAE has issued the first permanent residency – Golden Card, in Abu Dhabi as a part of Investors Permanent Residence System implemented under the UAE Cabinet’s Resolution No. 56 for 2018. It aims to attract investors, exporters, and students who meet their criteria. 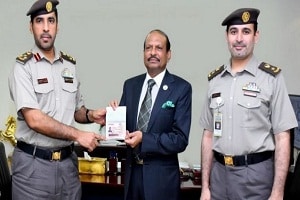 Key points:
i. The first Golden card was given to UAE-based businessman, LuLu Group chairman M.A. Yusuffali. He has a net worth of $4.7 billion and ranked as the richest person in UAE by Forbes.
ii. Brigadier Saeed Salem Al Shamsi, Executive Director of the General Directorate of Residency and Foreigners Affairs in Abu Dhabi, awarded the first permit.
iii. UAE has also announced that about 6800 investors with 100 billion Dirhams worth of investment will be provided with Golden Card in the first batch.
About UAE:
♦ Capital – Abu Dhabi
♦ Currency – United Arab Emirates dirhams
♦ President – Khalifa bin Zayed Al Nahyan
♦ Prime Minister – Sheikh Mohammed bin Rashid Al Maktoum 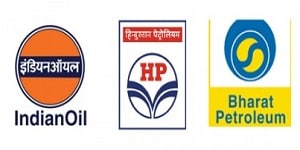 Key Points:
i. IOCL BPCL and HPCL will hold 50%, 25% and 25% equity holding in the JV Company respectively.
ii. The 2,757-km cross-country pipeline will connect 3 major States with the west coast and 2 refineries at Koyali, Gujarat and Bina, Madhya Pradesh linking 22 LPG bottling plants in Gujarat(3), Madhya Pradesh (6) and Uttar Pradesh(13) which are owned by 3 Oil Marketing Companies (OMCs).
iii. Along with this, the pipeline will supply LPG to 21 more bottling plants in Rajasthan, Gujarat, Madhya Pradesh, Maharashtra and Uttar Pradesh through road-bridging.
iv. After the completion of the project, single pipeline can transport up to 8.25 million metric tonnes of LPG per year which amounts to about 25% of India’s LPG demand.
About IOCL:
♦ Headquarters: New Delhi
♦ Chairman: Sanjiv Singh
About BPCL:
♦ Headquarters: Mumbai
♦ CEO: D. Rajkumar
About HPCL:
♦ Headquarters: Mumbai
♦ CEO: Mukesh Kumar Surana 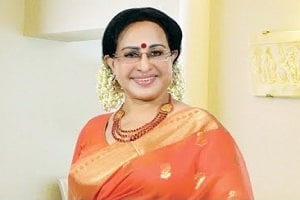 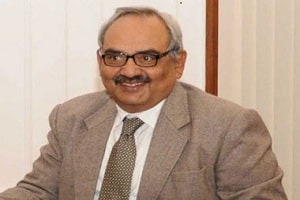 Key points:
i. He was elected in the 72nd World Health Assembly in Geneva with a majority of 90 votes out of 162 votes.
ii. Mehrishi is currently on the Board of Auditors of the United Nations (UN) and Vice-Chair of the UN Panel of External Auditors (UNPEA).
About WHO:
♦ Headquarters – Geneva, Switzerland
♦ Headed by – Tedros Adhanom 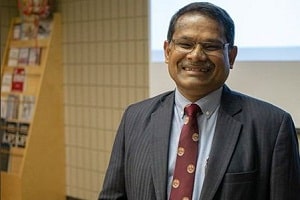 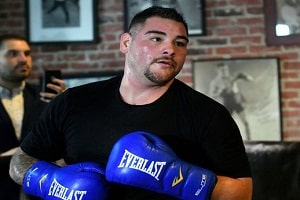 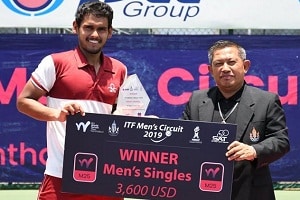 Key Points:
i. Sidharth credited his win to the coach Gaurav Sharma .
ii. Over the next fortnight, he will be competing in two $25,000 events in Hong Kong.
About ITF:
♦ Headquarters: London, UK
♦ President: David Haggerty

José Antonio Reyes a soccer star died
José Antonio Reyes former Arsenal and Spain player died in a car accident at the age of 35. He was former Spain midfielder and won five Europa League titles and was part of Arsenal’s unbeaten “Invincibles” squad. He also won 21 caps for Spain. He hailed from Spain.

A Book on World Cup by Ashis Ray launched by Tom Harrison
The chief executive of the England and Wales Cricket Board, Tom Harrison launched the book – Cricket World Cup: The Indian Challenge, a book on world cup from Indian perspective by veteran broadcaster and writer Ashis Ray. The book covers all the matches played by India since inaugural world cup 44 years ago and all final and semi-final matches of all team. 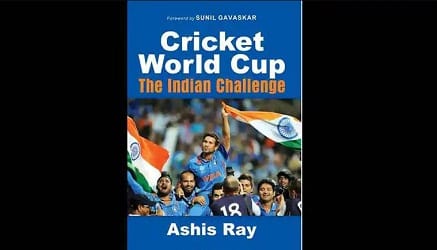 i. The book has been launched during an event at the annual summit of the UK-based India Business Group at the Institute of Directors in London. 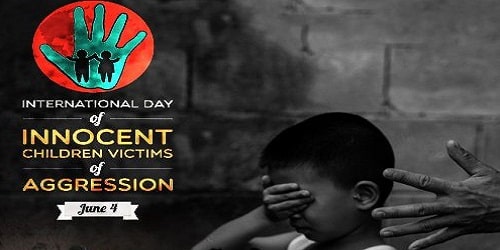 Key Points:
i. On August 19, 1982, the UN General Assembly (UNGA) declared June 4 as International Day of Innocent Children Victims of Aggression under the resolution ES-7/8 because a large number of innocent Lebanese and Palestinian children became the victims of the aggressive acts of Israel.
ii. The 6 grave violations faced by children are recruitment and use of children in war, killing, sexual violence, abduction, attacks on schools and hospitals and denial of humanitarian access.
iii. On April 2, 2019, a campaign “Act to Protect Children affected by Conflict” was launched by Ms. Virginia Gamba, the Special Representative of the Secretary-General for Children and Armed Conflict to create awareness and implement action to protect children affected by war. It will be effective until the end of 2022.
About UNGA:
♦ Headquarters: New York, US
♦ President: María Fernanda Espinosa
♦ Designated President: Prof. Tijjani Muhammad Bande (September 2019)