14th Islamic Summit organized by Organization of Islamic Cooperation (OIC) summit was held in Mecca, Saudi Arabia. It was hosted by Saudi King Salman bin Abdul Aziz Al Saud. The summit, titled as “Mecca Summit: Together for the Future”, aimed at developing a unified stance on events in the Islamic world. 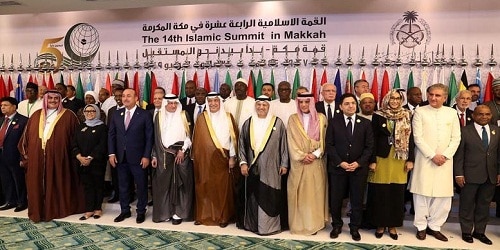 About OIC:
♦ Headquarters: Jeddah, Saudi Arabia
♦ Founded: September 25, 1969
♦ Membership: 57 States
♦ It holds Islamic Summit once in 3 years.
♦ It has permanent delegations to the UN and the European Union (EU).