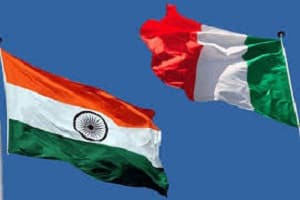 Key Points:
i. They have discussed the threats posed by terrorist entities on a global front which also include transnational crimes and money laundering.
ii. The views were exchanges on the challenged faced during counter-terrorism.
iii. They discussed the measures to deepen bilateral cooperation for countering terrorism and transnational crimes through regular exchange of information, mutual capacity building efforts, sharing of best practices and mutual legal assistance.
iv. The next meeting of the JWG will be held in Italy.

BSF and BGB agreed to increase coordinated patrols
On June 15, 2019, Border Security Force (BSF) of India and the Border Guard Bangladesh (BGB) signed a Joint Record of Discussion at the 48th Director General (DG)-level talks which concluded in Dhaka, Bangladesh. It was signed between DG, BSF, Rajni Kant Mishra and DG, BGB, Major General Md Shafeenul Islam. Both sides agreed to undertake joint efforts to bring down the killing incidents to zero. They will increase the coordinated patrols in the areas vulnerable to cattle and narcotics smuggling, educate the border population about the sanctity of International Border (IB) and prevent criminals from crossing the IB. 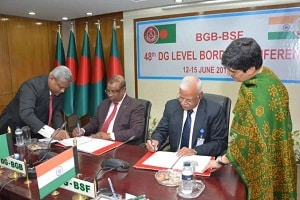 Key Points:
i. Both sides agreed to implement Coordinated Border Management Programme (CBMP) to curb the danger of trans-border crimes.
ii. They agreed to pursue and share real-time information including a preliminary questioning report as applicable about the persons apprehended with smuggled items.
iii. They agreed to resolve the pending issues regarding development works including single row fencing of integrated check posts and land customs stations within 150 yards of IB by joint verification or re-verification of appropriate levels at the earliest.
iv. They agreed to declare new areas as crime free zone in phases. The proposed area within Sarail region or Tripura Frontier may be formalized in the first phase.
v. The next DG level conference will be held in New Delhi during the first week of November, 2019.
About BSF:
♦ Headquarters: New Delhi
♦ Founded: December 1, 1965
♦ Motto: Duty Unto Death
About BGB:
♦ Headquarters: Pilkhana, Bangladesh
♦ Type: Paramilitary

As per RBI, Digital transactions will rise four times by 2021 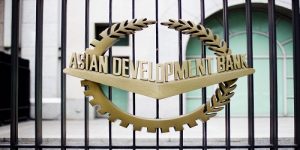 SEBI tightened rating guidelines to enhance standards
On June 13, 2019, The Securities and Exchange Board of India (SEBI) issued stricter norms for rating agencies to enhance standards. This move comes after a series of defaults at Infrastructure Leasing & Financial Services Limited (IL & FS) in 2018.
Key Points:
i. SEBI will prepare and share standardized and uniform probability of default (PD) benchmarks for each rating category for one-year, two-year and three-year cumulative default rates, for the short run and long run and it will be disclosed on the website of each credit rating agency.
ii. It introduced disclosure of rating sensitivities in its press releases. It will help the end-users to understand the factors that would have the potential to impact the creditworthiness of the entity.
iii. Rating Agencies will have a specific section on rating sensitivities in each press release explaining broad level of operating and financial performance levels that could trigger a rating change – upward and downward.
iv. Rating agencies should make meaningful disclosures regarding liquidity using simple terms such as superior or strong, adequate, stretched or poor, with appropriate explanations.
v. They should assign the suffix ‘CE’ (Credit Enhancement) to rating of instruments that have explicit credit enhancements. 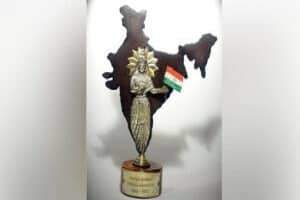 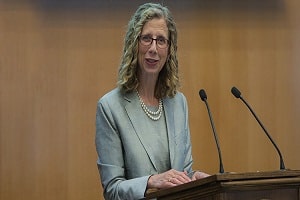 Key Points:
i. Andersen was the Director General (DG) of the International Union for Conservation of Nature (IUCN) between January 2015 and May 2019.
ii. She held various leadership roles at the World Bank as Vice President of the Middle East and North Africa, Vice President for Sustainable Development and Head of the Consortium of International Agricultural Research Centers Fund Council.
iii. She worked at the United Nations (UN) for 12 years. 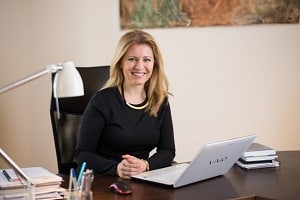 Key points:
i. She is the fifth president of Slovakia.
ii. She was elected in March 2019 with 58% of votes over Mr Sefcovic(42%).
iii. She was honoured with the Goldman Environmental Award in 2016 for her strong leadership regarding the Pezinok landfill affair, Caputova.
About Slovakia
♦ Capital: Bratislava
♦ Currency: Euro
♦ Prime Minister: Peter Pellegrini
It is a landlocked country in Central Europe It is bordered by Poland to the north, Ukraine to the east, Hungary to the south, Austria to the west, and the Czech Republic to the northwest.

D Sarangi re-elected as SRFI president, while Cyrus Poncha is the new Secretary-General
Debendranath Sarangi, an officer of the Indian Administrative Service (IAS) of the 1977 batch was re-elected as president of Squash Rackets Federation of India (SRFI) while Dronacharya awardee and national coach Cyrus Poncha was made secretary-general. They were elected unopposed for a period of four years from 2019 to 2023.
Key points:
i. The SRFI also have Director of coaching, Dhiraj Singh and Former SRFI president N Ramachandran will be the Patron of SRFI.
ii. Other office-bearers elected unopposed are : 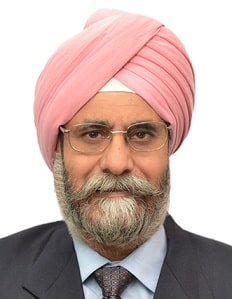 Key points:
i. Dhillon, an Electrical Engineer with Post Graduation in Power Systems from IIT Delhi has more than 34 years of experience in various areas of power sector.
ii. Before joining PFC, Dhillon worked with Bharat Heavy Electricals Ltd. and Central Electricity Authority for 9 years.
iii. He also served as Director (Public Grievances) in PFC.
iv. He has been a Nominee Director of PFC on the boards of various private and state-sector power companies.
About PFC:
♦ Headquarters: New Delhi
♦ Owner: Government of India
It is an Indian financial institution, established in 1986. It is the financial backbone of Indian Power Sector. The Company has been conferred with many prestigious awards, the latest of which is “KPMG-Infrastructure Today Award 2008” for its contribution in development of power sector. 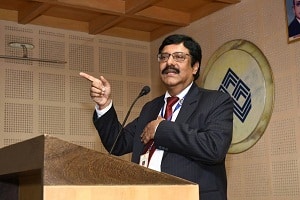 Key points:
i. Mishra, a Ph.D holder in Monetary Economics hails from Mahendra Pur Shashan in Dhenkanal,Odisha.
ii. He will handle the newly-created specialized supervisory and regulatory cadre within the RBI.
iii. Also, he will be supervising cooperative banks and the Non-Banking Financial Companies (NBFCs).
iv. There are 12 executive directors including the chief financial officers in RBI.
About RBI
♦ Headquarters: Mumbai
♦ Founded: 1 April 1935, Kolkata
♦ Governor: Shaktikanta Das 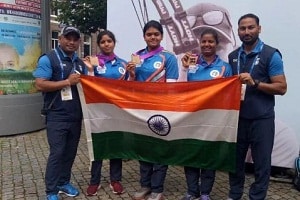 Indian medal winners are listed below:

Key Highlights:
i. South Korea topped the medal tally with 3 gold, 2 Silver, 3 Bronze. Chinese Taipei came second with 3 Gold,1 Bronze.
ii. India won three medals,1 silver, and 2 bronze.
iii. Indian men’s archery team secured the Olympic quota for the 2020 Tokyo Games by entering into the quarterfinals of the World Championships with a 5-3 win over Canada. After the 2012 London Olympics, this is the first time that Indian men could secure a team quota.
iv. Jyothi Surekha Vennam, Muskan Kirar and Raj Kaur combined to beat the Turkish team of Yesim Bostan, Gizem Elmaagacli, and Ipek Tomruk by a score of 229-226.
v. Jyothi also clinched another bronze in the individual event against world number two Yesim Boston of Turkey with 10-9.
vi Indian men’s recurve team bag silver medal after 2-6 defeat to China.
About Netherlands
♦ Capital: Amsterdam
♦ Currency: Euro

Franco Zeffirelli, Legendary ‘Romeo and Juliet’ Director dies at 96
The Italian legend director and two-time Oscar-nominee, Franco Zeffirelli passed away in Rome, Italy at the age of 96. Born in Florence, Italy in 1923, he was best known for his film career. He earned his big hit with 1968 film of ‘Romeo and Juliet’ in which he famously cast then-teenagers Leonard Whiting & Olivia Hussey. The film has earned four Oscar nominations including Best Director and Best Picture but won Oscars for its costume design and cinematography. 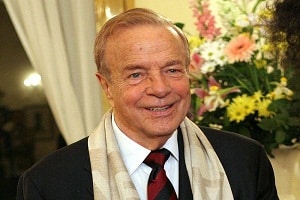 Key points:
i. His other film credits include “The Taming of the Shrew”(196) and Hamlet(1990), ‘Brother Sun, Sister Moon’.
ii. He was also known for his theater and opera direction.
iii. A director, screenwriter, and producer, Zeffirelli earned five David di Donatello Awards from Italy.

World Day to Combat Desertification and Drought 2019 observed on June 17
World Day to Combat Desertification and Drought (WDCD) 2019 was observed on June 17. It is celebrated to promote public awareness of international efforts to combat desertification. 2019 Theme of WDCD is “Let’s Grow the Future Together”. Desertification is the degradation of land in various areas like arid, semi-arid and dry sub-humid. It is caused by human activities and then by climatic variations.
Key Points:
i. It was declared by the United Nations General Assembly (UNGA) in 1995.
ii. United Nations Convention to Combat Desertification (UNCCD) celebrates 25 years of progress made by countries on sustainable land management in 2019.
iii. The campaign slogan for the 25th anniversary is “Let’s grow the future longer“.
iv. The 25th anniversary of the Convention on 17 June 2019 was held in Ankara, Turkey. It was hosted by the government of Turkey.
About UNGA:
♦ Headquarters: New York, US
♦ President: Prof. Tijjani Muhammad Bande 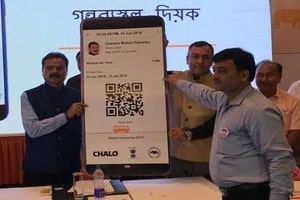