We are here for you to provide the important Recent and Latest Current Affairs 5 February 2020, which have unique updates of Latest Current Affairs 2020 events from all newspapers such as The Hindu, The Economic Times, PIB, Times of India, PTI, Indian Express, Business Standard and all Government official websites.

AP Govt made history with ‘Intivadhakey Pension’ scheme by covering 94 % within few days
On February 05, 2020, The Andhra Pradesh (AP) state Government led by its Chief Minister(CM)  Yeduguri Sandinti Jaganmohan Reddy,has created a record with its ‘Intivadhakey Pension’ (Pension to your Doorstep) Scheme by covering 94 % of about 60 lakh pensioners at their doorstep within a few days. The scheme was launched in 13 districts on February 1, 2020.
AP is the 1st state in India to take up such an initiative of Door delivery of pension service.
Key Points:
i.The AP government pays a monthly pension of Rs 2,250 to the elderly, widows, weavers, toddy tappers, fishermen, single women and traditional cobblers and others, Rs 3,000 for disabled and Rs 5,000 to Rs.10,000 for CKDU(Chronic Kidney Disease (CKD) of uncertain origin ) /Dialysis patients.
ii.Almost 4 lakh volunteers were equipped with biometric information of the about 50,50,394 eligible pensioners, and the amount was transferred to their bank accounts on a single day.
iii.The state has released Rs 1,320 crore for the month of February for this programme.
About Andhra Pradesh:
Capital City- Amaravati
Governor– Biswabhusan Harichandan.
National Parks(NP)- Papikondalu NP, Sri Venkateswara NP
State Tree– Neem tree
State Flower– Water lilies SC directs States to notify setting up ‘Gram Nyayalayas’ within 4 weeks
On February 3, 2020,The  Supreme Court (SC) bench headed by Justice Nuthalapati Venkata (NV) Ramana has directed the state governments to issue notifications for establishing mobile village courts called “Gram Nyayalayas” within 4 weeks.
It also asked the High Courts (HC) to speed up consultation with department concerned on the matter.
Key Points:
i.The present scenario of the states with respect to the Gram Nyayalayas were submitted by the SC Advocate Prashant Bhushan.
ii.The SC  observed that some States haven’t taken any initiative & no notification has been issued in the matter. It also imposed a fine of Rs 1 lakh on the Government of Assam, Chandigarh, Gujarat, Haryana, Odisha, Punjab, Telangana & West Bengal for not filing their responses.
iii.A total of just  208 Gram Nyayalayas are functioning in India as compared to  2,500 estimated to be required by the 12th five-year plan. Till now, only 11 states have taken steps to notify Gram Nyayalayas.
About Gram Nyayalayas:
These mobile village courts established as per Gram Nyayalayas Act,2008 to provide speedy & ensure justice to rural poor at their doorsteps.
These courts should be set up for every Panchayat at the intermediate level or a group of Panchayats at intermediate level in a district / where there is no Panchayat at intermediate level in any State for a group of Panchayats.

One in 10 Indians to have cancer in their lifetime: WHO report
In order to mark World Cancer Day on February 4, 2020, WHO (World Health Organization) and its specialized International Agency for Research on Cancer (IARC) have released 2 reports namely, “Report on Cancer: Setting priorities, investing wisely and providing care for all” by WHO & “World Cancer Report “Cancer research for cancer prevention” by IARC aimed at setting the global agenda on the disease & focused on research and prevention.

Bhutan ends free entry for Indian tourists
On February 5,2020 The Government of Bhutan, Thimphu decided to implement a daily fee of Rs.1200 ($17) for “regional tourists” from India, the Maldives, Bangladesh from July 2020. The fee is called SDF “Sustainable Development Fees” inorder to regulate a new tourism policy (tourism facilities, better infrastructure).
Key Points:
i.The decision was passed by the National Assembly(lower house of Bhutan) as a “Tourism Levy & Exemption Bill of Bhutan 2020”.
ii.Children under the age of 5 from India, Maldives, Bangladesh will not have to pay the tax and between 6 to 12 years will be required to pay Rs.600.
iii.The SDF fees is lower than foreign tourists ($65), also charged a compulsory flat cover charge of ($250) per day,
iv.Dorji Dhradul, Bhutan’s Tourism Council Director, mentioned SDF was to provide better facilities for regional tourists.
v.SDF cancels the free entry of Indian tourists to Bhutan.
About Bhutan:
Capital- Thimphu.
Prime Minister (PM)- Lotay Tshering.
Currency- Ngultrum.

Digital transactions through IMPS, UPI and BHIM at record high in January 2020
On February 03, 2020, According to the latest data from NPCI (National Payments Corporation of India ) comes against the backdrop of the decision made by government on encouraging digital payments, Unified Payments Interface( UPI),  IMPS (Immediate Payment Service) & BHIM (Bharat Interface for Money) registered a new record in the amount of cash transaction in January 2020.

Reliance general insurance introduces comprehensive health insurance plan “Infinity”
On February 3, 2020, Reliance General Insurance Company Limited , one of the leading insurance companies in India, has launched a comprehensive health insurance plan called “Reliance Health Infinity”.
Under the plan, the minimum sum insured will be Rs. 3 lakh while the maximum sum insured limit will be Rs. 1 crore.
Key Points:
i.Pre & post hospitalisation: Pre-hospitalisation expenses incurred for a period of 90 days and post-hospitalisation expenses for a period of 180 days will also be covered.
ii.AYUSH coverage: The health policy will also cover expenses for hospitalisation under AYUSH (Ayurveda, Yoga and Naturopathy, Unani, Siddha and Homeopathy) treatment.
iii.Co-pay: The plan also consists co-payment for special medical treatments such as Robotic Surgery, Stem Cell therapy, Parkinson and Alzheimer’s disease.
Insured people will have access to over 5000 cashless hospital networks and can even avail up to 30 % discount on premiums which includes voluntary co-payment, 2/3 year policy, the individual sum insured in a family and renewal discount.
About Co-Pay: It refers to an arrangement in which the policyholder will need to pay a portion of the medical expenses on their own and the insurance company will pay the remaining amount.
About Reliance General Insurance:
Founded– 17 August 2000
Headquarters– Mumbai, Maharashtra
ED and CEO– Rakesh Jain

World’s oldest Bamboo Fossil Discovered turns out to be Conifer
On February 04,2020, A fossil of leafy branch was discovered in Eocene, Patagonia in 1941, at that time of Examination it considered as bamboo’s fossil and still it became the oldest bamboo of the world, but in recent Examination of that fossil by Dr. Peter Wilf from Pennsylvania state university revealed the real nature of the plant’s fossil (chusquea oxyphylla name of the fossil) and it was published in open-access journal Phytokeys.
Key points:
i.Wilf states that the fossil does not resemble the members of chusquea genus or any other bamboo and there is no evidence of bamboo-type nodes, sheaths or ligules and if Chusquea oxyphylla has nothing in common with bamboos.
ii.It needs a new name, with the priority of the older name, he combined Chusquea oxyphylla with Retrophyllum spiralifolium (fossil’s genus discovered by Wilf) to come up with Retrophyllum oxyphyllum. Retrophyllum is a genus of six living species of rainforest conifers. 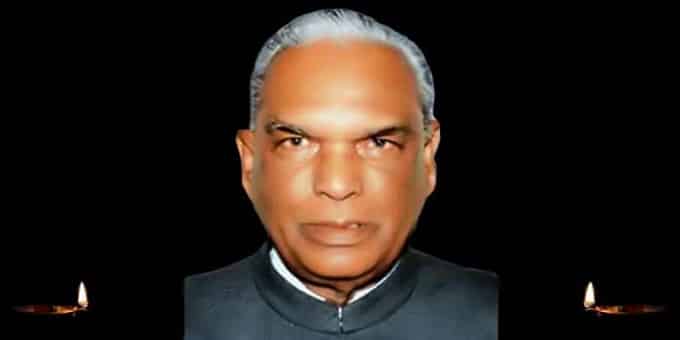 On February 4,2020 Former Karnataka Minister D. Manjunath, 92 years old passed away in Karnataka, Bengaluru due to age-related ailments.
He was born on 26th August 1928 at Jajoor Village, Challakere Taluk, Karnataka and joined the janata party in 1977.
He was the chairman of the Karnataka Legislative Council in 1987 & also minister in various governments.
Key Points:
i.Mr. Manjunath was first elected to the Legislative Assembly in 1967 from Hiriyur, Karnataka and became Deputy Speaker.
ii.He was the former Minister of Forest and Higher Education in former Chief Minister (CM) Hardanahalli Devegowda H.D Kumaraswamy cabinet.
iii.Manjunath held the Labour, Education & Planning portfolios in the Ramakrishna Hegde Cabinet between 1984 and 1987.
iv.He also served as Revenue Minister in the Jayadevappa Halappa J.H Patel Cabinet. 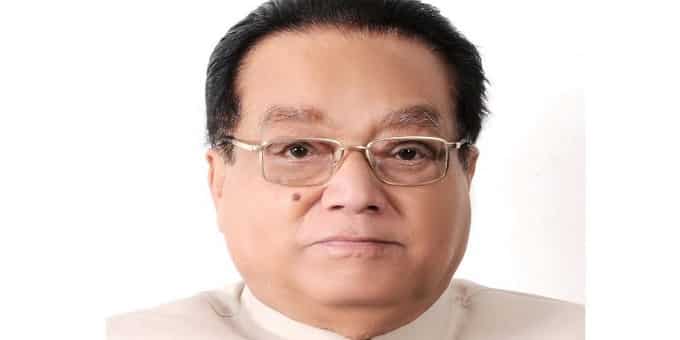 On February 3,2020 Former Assam Legislative Assembly Speaker and sitting Congress MLA (Member of the Legislative Assembly) Pranab kumar Gogoi, 84 years old passed away in Guwahati, Assam due to age-related illness.
He was born on 19th August 1936 in Dibrugarh, Assam.
Key Points:
i.Pranab Kumar belongs to Indian National Congress (INC) party and was first elected as Legislator from the Assam Legislative Assembly from Sivasagar, Assam for 4 consecutive terms.
ii.He also served as minister in Tarun Gogoi-led cabinet from 2006-2011 and speaker of the Assam legislative assembly in 2011.
iii.In 2015, Pranab Kumar took the definition of the term ‘Assamese’. 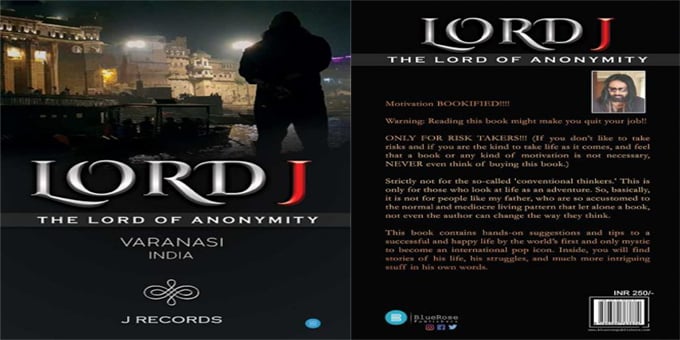 On February 04, 2020, Lord J is the 1st and only Anonymous singer in the world. Lord J was born in Varanasi, Uttar Pradesh, Lord J is a Self-Taught singer and Lyric writer in an Anonymous way, and he is a world famous celebrity without revealing his identity to the world. The Name Lord J was given to him by an LA(Los-Angeles)-based fan.
Albums: Lord J has done Lip Locks, Love Me for Me, Roger That and Beside Me.
About the book Lord of Anonymity:
i.The book is an autobiography penned by Lord J himself about his initial days of understanding the value of music, lyrics, concepts of videography and making music videos, and it also speaks about hardships that he faced on the transition of global pop singer, from dream to achieve it.
ii.The reason behind making the book is, it will motivate anyone who wants to chase their goals in life and willing to take risk to achieve it.

Karnataka CM launches Janasevaka Scheme to Provide delivery of Govt Services at Doorstep
On February 04,2020, The government of Karnataka launched the Janasevaka scheme in certain municipal corporation wards to provide home delivery of various government services like ration cards, senior citizen identity and health cards, etc.
The scheme is launched by the chief minister of Karnataka Mr. Bookanakere Siddalingappa Yediyurappa, and the scheme will contain 53 services from 11 departments.
Key points:
i.A toll-free helpline has been set up for this scheme which will work from 8 am to 8 pm, and Rs.115 has been charged to provide the home delivery service people can apply from home by paying the fee online.
ii.Under the scheme, there will be one volunteer in each ward, initially the scheme was implemented in Dasarahalli area on a Navigation basis if it works well then it will be implemented across Bengaluru and then across Karnataka.
iii.The main objective of the scheme is to ensure on-time delivery of government services and make the lives of the citizens of Karnataka Easy.
About Karnataka:
Capital- Bengaluru, Karnataka
Chief Minister- Bookanakere Siddalingappa Yediyurappa,
Governor- Vajubhai Vala
National Parks(NP)- Kudremukh NP, Bannerghatta NP, Nagarhole NP, Bandipur NP.