We are here for you to provide the important Recent and Latest Current Affairs 6 May 2021, which have unique updates of Latest Current Affairs 2021 events from all newspapers such as The Hindu, The Economic Times, PIB, Times of India, PTI, Indian Express, Business Standard and all Government official websites. Union Minister for Petroleum & Natural Gas Dharmendra Pradhan virtually flagged off the 1st supply of  UCO (Used Cooking Oil) based Biodiesel blended Diesel from IndianOil’s Tikrikalan Terminal, Delhi. It is part of the Expression of Interests (EoI) scheme.
i.On Occasion of the World Biofuel Day (10th August) in 2019, various Central Ministries such as Petroleum and Natural Gas, Steel, Health & Family Welfare, Science & Technology and Earth Science  initiated an EoI Scheme for ‘Procurement of Biodiesel produced from UCO’ .
ii.It was aimed at creating an ecosystem for collection and conversion of UCO into Biodiesel and develop entrepreneurship opportunities.
iii.India has set a target to achieve 5% blending of Biodiesel in Diesel by 2030.
Benefits of EoI Initiative 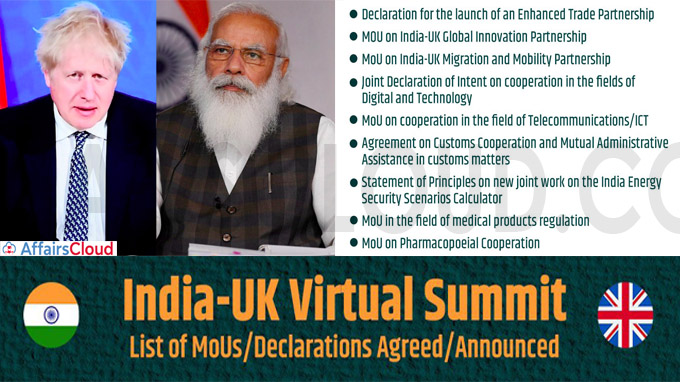 Global Green Grids Initiative
Both Countries agreed to launch the Green Grids Initiative at the 26th United Nations Climate Change Conference of the Parties (COP26) 2021, which is set to take place from November 1-12, 2021 in Glasgow, UK.
India, UK to enhance Partnership on Vaccines
i.India & UK have agreed to enhance partnership between the 2 countries on Vaccines.
ii.Serum Institute of India (SII) is set to invest 240 Million Pounds in the UK to expand its business & set up a new sales office. It is expected to generate a large number of jobs.
About United Kingdom
Prime Minister – Boris Johnson
Capital – London
Currency –  British Pound Sterling (GBP)
>>Read Full News The Central Board of Direct Taxes  (CBDT) has notified Digital Tax Threshold for Non-Resident Technology firms like Google, Facebook, Netflix to pay tax in India.
i.The Thresholds are

ii.The thresholds are part of the Significant Economic Presence (SEP) principle, which was introduced in Finance Bill 2018-19.
iii.It is set to come into effect from April 1, 2022.
iv.The proposed changes do not cover the existing double taxation avoidance agreements. Due to the shortage of medical oxygen in many state hospitals, Union Minister of Road, Transport and Highways Nitin Gadkari announced the installation of Pressure Swing Adsorption(PSA) medical oxygen plants in various states. According to a new set of data released by the Organisation for Economic Cooperation and Development  (OECD), the global FDI (Foreign Direct Investments)  dropped by 38% in 2020 (compared to 2019) to USD 846 Billion, which is a 15-year low (lowest  since 2005). India became the 3rd Largest Recipient of FDI inflows in 2020 with an inflow of USD 64 Billion.
i.China became the largest Recipient of FDI (USD 212 Billion) overtaking the United States (USD 177 Billion) for the 2nd time in six years, while Luxembourg finished 4th.
ii.The largest sources of FDI outflows in 2020 were Luxembourg, the United States and Japan.
iii.In 2020, global FDI flows represented only 1% of world GDP, the lowest level since 1999.
Largest Recipients of FDI in 2020 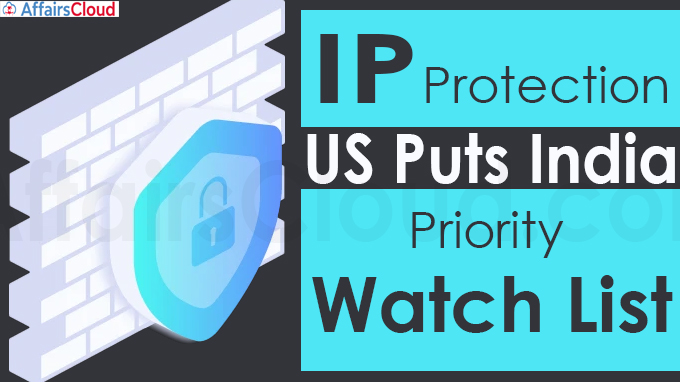 According to the Special 301 report, India has been put on the “Priority Watch List” for IP protection and enforcement along with eight other countries by the United States(US). Another twenty-three countries were also put on “Watch List”. 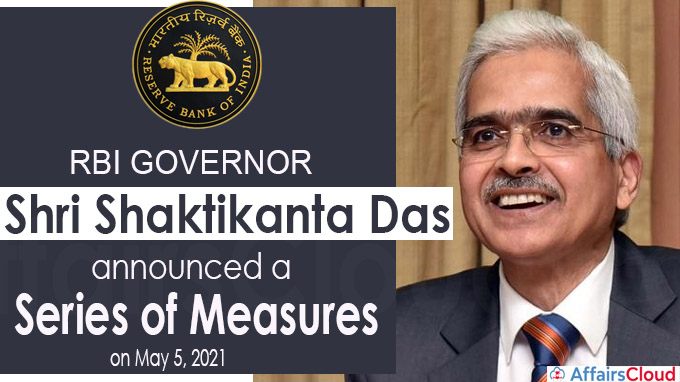 On May 05, 2021, the Reserve Bank of India(RBI) announced a series of measures and Comprehensive strategies to support all stakeholders from the second wave of COVID-19 led economic difficulties.
Measures undertaken by RBI against the pandemic:
i.Term Liquidity Facility of ₹50,000 crores to Ease Access to Emergency Health Services
RBI announced an on-tap liquidity window of Rs 50,000 crore with 3 years of maturity and at repo rate till March 31, 2022(End of FY22) under the priority sector classification lending and allowed banks to lend under this scheme.
ii.Classification of SFB loan to MFIs for on-lending as PSL
RBI permitted the Small Finance Banks’ (SFBs) lending to Microfinance Institutions (MFIs) for on-lending to individuals under the classification of priority sector lending (PSL) for which the MFIs need to have Rs 500 crore asset size (Currently, the SFB’s PSL is not permitted for MFIs for on-lending). (Availability – till March 31, 2022)
iii.Special Long-Term Repo Operations (SLTRO) for SFBs
To support small business, Micro, Small & Medium Enterprises (MSME), and unorganised sectors RBI introduced special three-year long-term repo operations (SLTRO) of Rs 10,000 crore at a repo rate for the SFBs. (SFBs could lend of up to Rs 10 lakh per borrower till October 31, 2021)
iv.RBI allowed the utilisation of 100% floating provisions for non-performing assets
Banks are allowed by RBI to utilise 100 percent floating provisions/counter-cyclical provisioning buffer held by them as of December 31, 2020, for making specific provisions for non-performing assets.
v.RBI Increased State Governments’ OD Facility Tenor to 50 days
To support State Governments to manage their fiscal situation, RBI has increased the maximum number of days of the OverDraft (OD) facility in a quarter from 36 to 50 days and the number of consecutive days of OD from 14 to 21 days.
Along with these measures RBI allowed banks and non-banks to extend the restructuring loan benefits to individual customers and small businesses, and MSMEs through Resolution Framework 2.0 and it has rationalised certain components of the extant KYC norms.
About Reserve Bank of India(RBI):
Establishment – 1st April 1935
Headquarters – Mumbai, Maharashtra
Governor – Shaktikanta Das
Deputy Governors – Mahesh Kumar Jain, Michael DebabrataPatra, M Rajeshwar Rao, and T Rabi Sankar (appointed on May 2021)
>>Read Full News SpaceX Launches another batch of 60 Starlink Satellites into Orbit On May 4, 2021, SpaceX launched another batch of 60 Starlink Internet satellites into Orbit from NASA’s Kennedy Space Center in Florida, USA. The satellites were launched aboard the Falcon 9 Rocket.
i.It was the 13th Launch of 2021 for SpaceX.

Starlink Project
It is a satellite internet constellation being constructed by SpaceX for providing Satellite Internet access. It is the largest Satellite Constellation in the world.
SpaceX
Space Exploration Technologies Corporation (SpaceX) is an American aerospace manufacturer and space transportation services company. It was founded in 2002 by Elon Musk.
About SpaceX:
Chief Executive Officer – Elon Musk
Headquarters – California, USA
>>Read Full News

Facebook partnered with the Government of India to launch the Vaccine Finder Tool on the mobile application – Facebook – in India. The app available in 17 languages, will enable the public to locate the nearby place to get vaccinated.

Scientists have created the new uranium isotope called Uranium-214 at the Heavy Ion Research Facility in Lanzhou, China and this is the lightest ever known. This discovery helps to reveal more about an alpha particle that gets ejected from certain radioactive elements as they decay. The International Cricket Council(ICC) released the men’s team rankings following the annual update carried out on 3rd May 2021. India has retained its 2nd place behind England on the ICC team ranking in the Twenty20(T20) Format. India has dropped to the 3rd position in the ODI Ranking behind New Zealand(1st) and Australia(2nd).

ICC team Test ranking 2021:
i.The annual update of the test ranking will be carried out after the conclusion of the ongoing Pakistan-Zimbabwe series.
ii.At present the test ranking is topped by India followed by New Zealand and Australia respectively.
Highlights:
i.5 countries – Gambia, Ghana, Hungary, Sierra Leone and Sweden – have lost their rankings after the update.
ii.To remain in the rankings, 80 countries have played 6 T20Is over the past 3 years despite the global pandemic.
Top 3 of ICC team Ranking 2021: 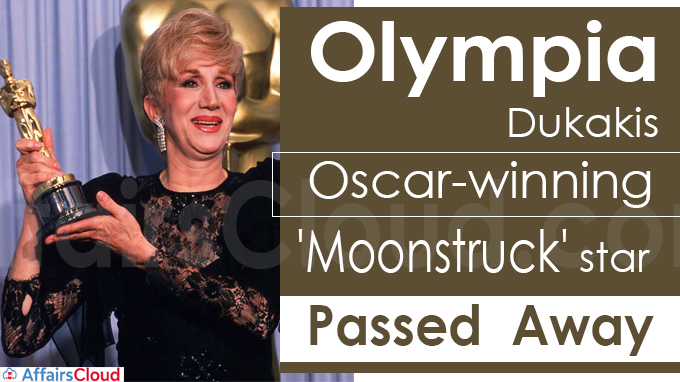 Oscar-winning ‘Moonstruck’ actress Olympia Dukakis passed away at the age of 89 in New York due to prolonged illness.She was born on 20th June 1931 in Massachusetts,USA.
About Olympia Dukakis:
i.Olympia Dukakis was an American actress, director, producer, teacher and activist who performed in over 130 stage productions, over 60 films and in 50 television series.
ii.She won an Oscar award in 1987 and won an Academy Award and a Golden Globe for her performance in Moonstruck.
iii.She has also won an Obie Award for Best Actress in 1963 for her performance in Bertolt Brecht’s Man Equals Man.
iv.Dukakis’s autobiography, Ask Me Again Tomorrow: A Life in Progress, was published in 2003.
v.In 2020, a feature-length documentary about her life, titled Olympia, was released theatrically in the United States. Padma Bhushan Reverend(Rev) Dr Philipose Mar Chrysostom Mar Thoma Valiya Metropolitan, a well-known religious leader and India’s longest serving Bishop passed away at the age of 103 in Pathanamthitta, Kerala. He was born on 27th April 1918 in Travancore, British India.
About Rev. Dr Philipose Mar Chrysostom:
i.He was ordained as Deacon of the Church in 1944 and in 1953 he was consecrated as Bishop.
ii.He was exalted as the Suffragan Metropolitan in May 1978, Officiating Metropolitan on 15th March 1999 and Metropolitan of Mar Thoma Syrian Church on 23rd October 1999.
iii.Serampore University honoured him with a Doctorate Degree to recognise his contribution to Theology.
iv.He was honoured with Padma Bhushan in 2018.
Note:
Malayalam filmmaker, Blessy made the documentary ‘100 years of Mar Chrysostom’ on the life and vision of Rev. Dr Philipose Mar Chrysostom.
The documentary starred Narendra Modi, Mohanlal, Jagathi Sreekumar.

Meghan Markle, The Duchess of Sussex, is set to release her debut book, titled “The Bench”. It is a children book that narrates the bond between a father and son through the mothers perspective.

About the Book:
i.The book was inspired by the relationship between fathers and sons.
ii.The audiobook edition of the book narrated by Megahan will also be released in June.
About Meghan Markle:
i.Meghan Markle born as Rachel Meghan Markle on 4th August 1981 in Los Angeles, California.
ii.She was an American Actress who has featured in the General Hospital, Cuts, the War at Home, CSI: NY and 90210.
iii.She was well known for her role as Rachel Zane in the 2011 series “Suits”.
iv.She married Prince Harry in 2018. Her official titles are The Duchess of Sussex, Countess of Dumbarton and Baroness Kilkeel. 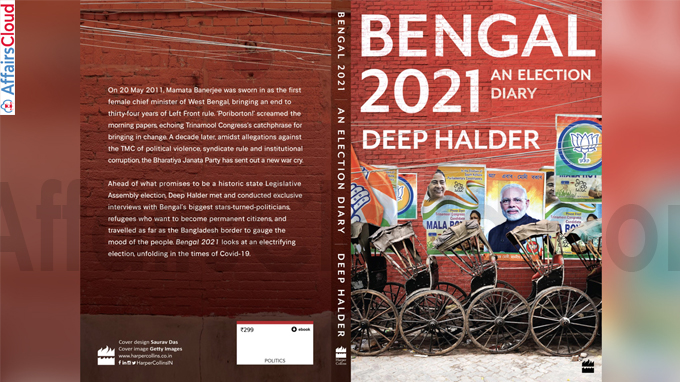 About the Author:
i.Deep Halder is the author of Blood Island: An Oral History of the Marichjhapi Massacre.
ii.He has been a journalist for almost two decades, writing on issues of development at the intersection of religion, caste and politics.
iii.Currently, he is executive editor at India Today Group. 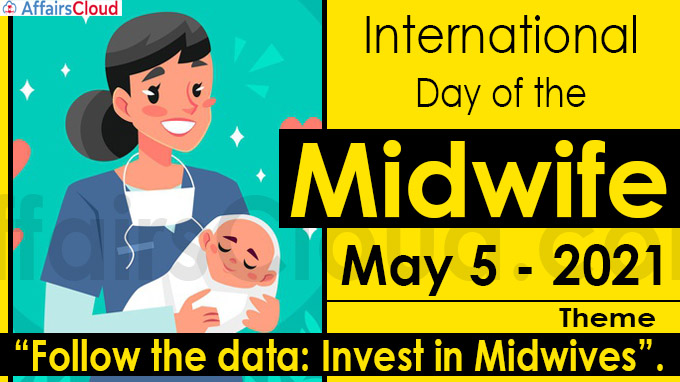 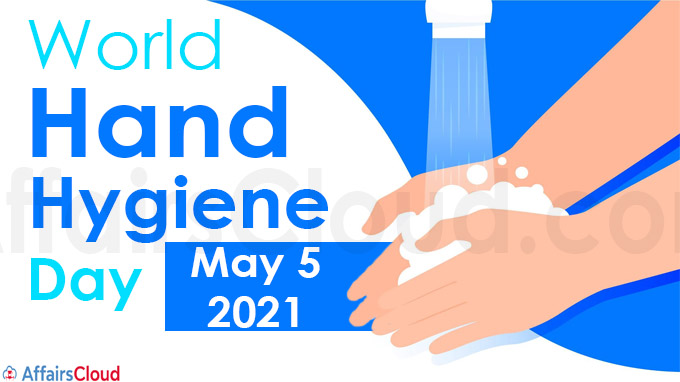 Former England Footballer, United Nations Children’s Fund (UNICEF) Goodwill Ambassador and founder of the 7 Fund for UNICEF, David Beckham released a video ahead of World Immunization Week 2021 (April 24th-30th) for creating awareness among the parents around the world to vaccinate their children against deadly diseases. 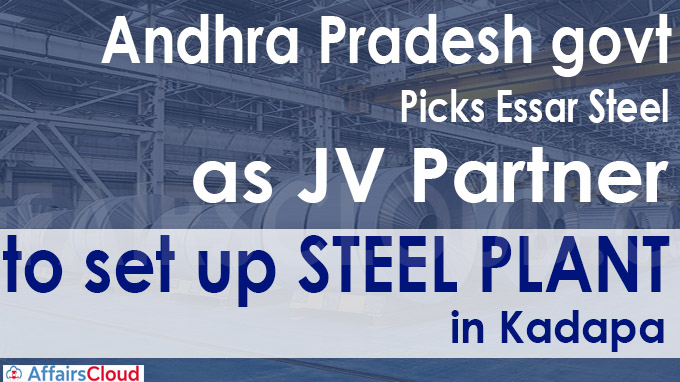 About the steel plant:
i.The steel plant will be set up with a capacity of 3 million tonne per annum for producing high grade Steel products.
ii.The Capital Expenditure of the Project will be Rs.11,606 crore.
About Andhra Pradesh:
Chief Minister: Jagan Mohan Reddy
Governor: Biswabhusan Harichandan
Capital:Amaravati 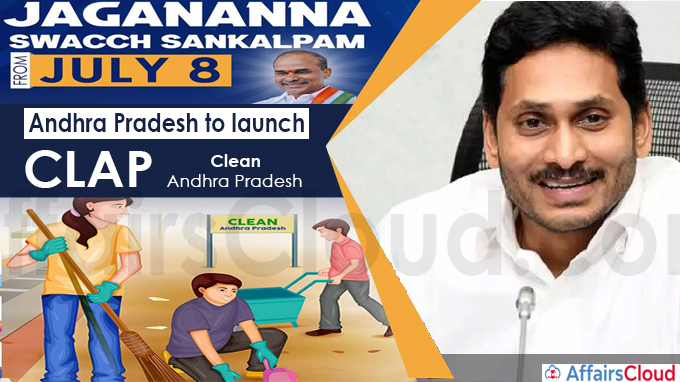 Review over other Schemes of Andhra Pradesh:
i.Chief Minister Y.S. Jaganmohan Reddy reviewed the state’s several public welfare schemes such as Swachha Sankalpam, YSR Jala Kala, Jal Jeevan Mission, Jagananna Palle Velugu and construction of roads in villages.
ii.YSR Jala Kala – This scheme plans to dig 2 lakh bore wells and to distribute 1.5 lakh pump sets to benefit 3 lakh small and marginal farmers.
iii.The government sets moto for the cleaning programmes as – “We will make our villages clear”
About Andhra Pradesh:
Note – Andhra Pradesh has the second longest coastline in India after Gujarat, of about 974 km, and it is the 1st state to be formed on a linguistic(language) basis in India on 1 October 1953.