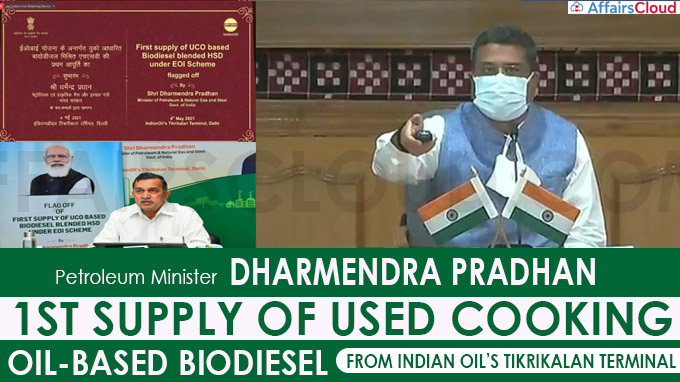 ii.It was aimed at creating an ecosystem for collection and conversion of UCO into Biodiesel and develop entrepreneurship opportunities.

iii.India has set a target to achieve 5% blending of Biodiesel in Diesel by 2030.

i.The initiative has been carried out in 2 phases,

iii.The scheme has the following benefits

It is an alternative fuel which is similar to conventional or fossil diesel, except that it is carbon neutral.

i.April 12, 2021, Ethanol-blending in Petrol in India reached more than 7.2 per cent for the First Time.