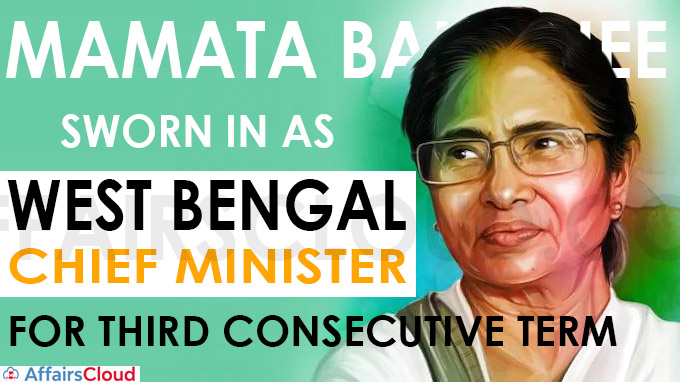 i.She is the 8th Chief Minister of West Bengal (WB).

ii.Mamata Banerjee was administered the oath of office by Governor Jagdeep Dhankhar.

iv.Mamata Banerjee took oath as CM, even though she was defeated  in her constituency of Nandigram.

Article 164 of the Indian constitution deals with appointment of Chief Ministers and other ministers.