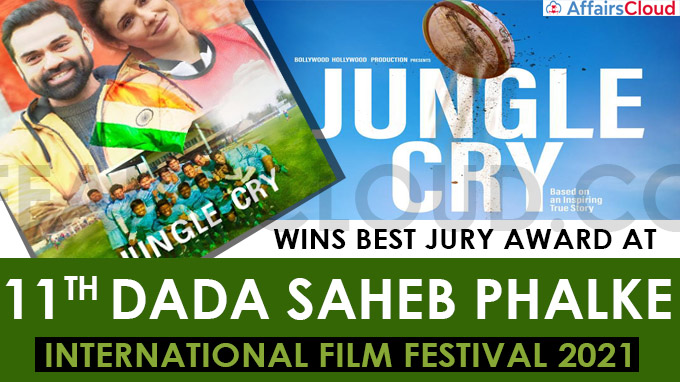 The Dada Saheb Phalke Film Festival Awards is annually presented to appreciate the talents and skills of the film industry.

i.Jungle cry is a film based on the true story of 12 underprivileged tribal children from Kalinga Institute of Social Science (KISS), Odisha who won the World Rugby Championship held in the United Kingdom in 2007.

ii.The Film Festival is annually organised on 30th April to mark the birth anniversary of Dhundiraj Govind Phalke, the father of Indian Cinema, who is fondly known as ‘Dada Saheb Phalke’.

On 1st April 2021, Prakash Javadekar, Union Minister, Ministry of Information and Broadcasting announced that Rajinikanth (70 years old) will be honoured with the 51st Dadasaheb Phalke Award for the year 2019 as a recognition of his contribution to the film industry as an Actor, Producer and screenwriter.