i.DSS will utilize Artificial Intelligence (AI) for simulation of scenarios, based on which steps will be taken to improve air quality.

Various Organizations and their role are 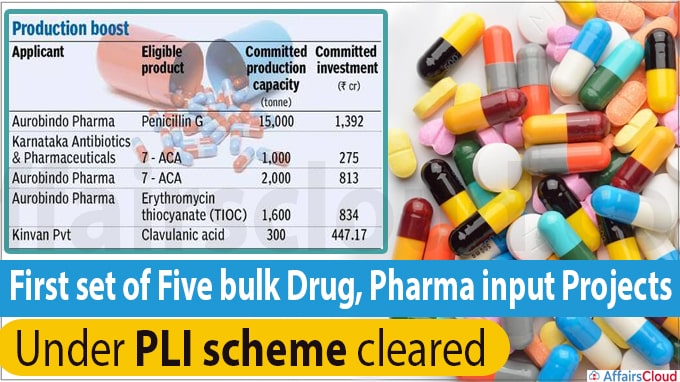 i.On January 22, 2021, a Memorandum of Understanding-MoU was signed between the Gujarat Government and Adani Ports and Special Economic Zone Ltd (APSEZ) in the presence of Gujarat Chief Minister Vijay Rupani in Gandhinagar to set up India’s largest multi-model logistic park at Virochan Nagar near Sanand in Ahmedabad district of Gujarat.
ii.It was signed by Additional Chief Secretary M.K. Das and Karan Gautam Adani of Adani Ports and SEZ Ltd.
iii.The park to be developed in 1450 acre with an estimated investment of Rs 50,000 crore will be completed in 3 years i.e. by 2023.
About Gujarat:
Capital– Gandhinagar
Governor– Acharya Devvrat
<<Read Full News>> 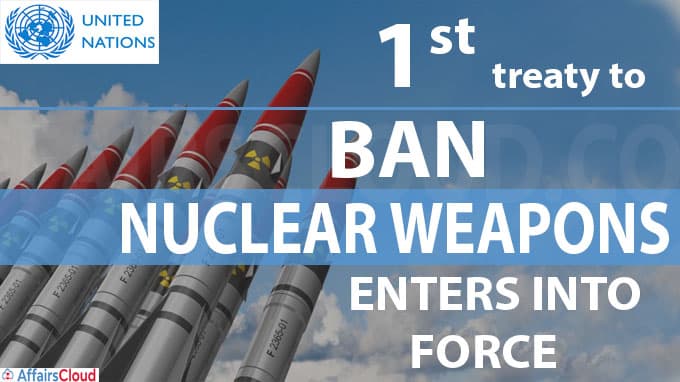 ii.Until now 86 Nations have signed TPNW & 52 have ratified it. 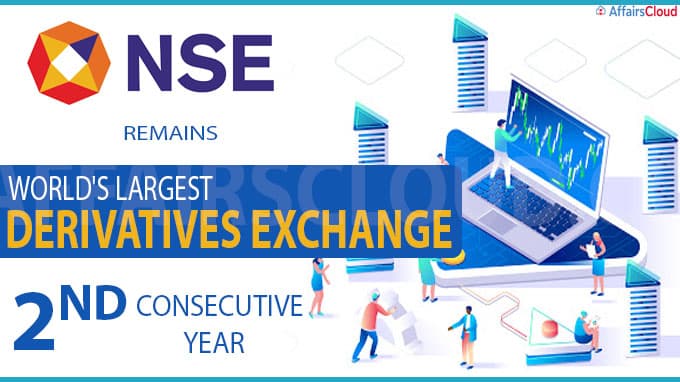 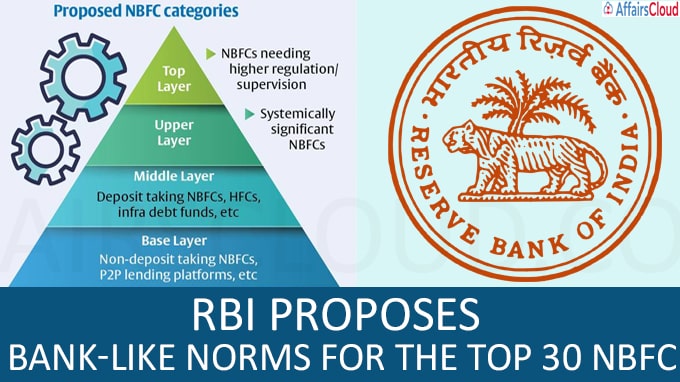 i.On January 22, 2021, the Reserve Bank of India (RBI) released a Discussion Paper on  “Revised Regulatory Framework for NBFCs- A Scale-Based Approach” on the lines of the announcement made in the Statement on Developmental and Regulatory Policies on December 4, 2020.
ii.It envisages a four-layered regulatory and supervisory framework for NBFCs. As per the framework, there will be Bank-like regulations for the top 25 to 30 NBFCs in the country.
iii.The apex bank has invited comments on the Discussion Paper from NBFCs, market participants and other stakeholders within one month.
About Reserve Bank of India (RBI):
Formation– 1 April 1935
Governor– Shaktikanta Das
Headquarters– Mumbai, Maharashtra
Deputy Governors– 4 (Bibhu Prasad Kanungo, Mahesh Kumar Jain, Michael Debabrata Patra, and M Rajeswar Rao)
<<Read Full News>>

Airtel Payments Bank has launched ‘Airtel Safe Pay’ to protect the customers when they make digital transactions through Unified Payment Interface (UPI) or net-banking using the Airtel Payments Bank. This safe payment gateway is  free of cost, will and offers protection against phishing, stolen credentials or passwords, and phone cloning. Customers can make digital transactions across merchants, online retailers, and transfer money through Airtel Safe Pay. Airtel Payments Bank account can be opened through a video call using the Airtel Thanks application. 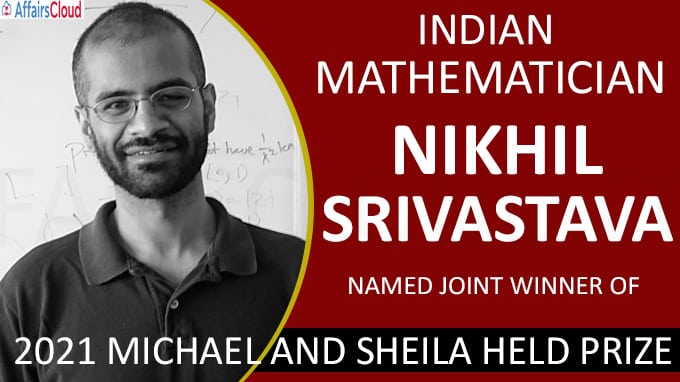 Indian mathematician Nikhil Srivastava has been named as winner of Michael And Sheila Held Prize 2021 along with 2 other mathematicians namely Adam W. Marcus(American)and Daniel Alan Spielman(US) by National Academy of Science(NAS).
NAS will award the USD 100,000 prize at 158th NAS Annual Meeting.
Reason for the Prize
They solved the long standing questions on the Kadison-Singer problem and released the Ramanujan graphs.These Papers on the questions were published in 2015.
About the Winners:
i.Nikhil Srivastava is working as the Associate Professor of Mathematics at the University of California, Berkeley
ii.Adam W. Marcus is an assistant professor of École polytechnique fédérale de Lausanne (EPFL), Lausanne, Switzerland
iii.Daniel Alan Spielman is from Yale University, New Haven, Connecticut, US.
Note
This team won the 2014 Pólya Prize for their resolution of the Kadison-Singer problem.
About Michael And Sheila Held Prize:
i.It is annually presented to honour the outstanding research in areas of combinatorial and discrete optimization, or related parts of computer science.
ii.It intends to recognize the recent work (defined as published within the last eight years).
iii.The prize was established in 2017 by the will of Michael and Sheila Held.

Justice Geeta Mittal has been appointed as the new chairperson of Broadcasting Content Complaints Council (BCCC) and becomes the 1st woman chairperson of this council.  She succeeds Justice Vikramajit Sen. She served as the 1st woman Chief Justice(CJ) of Jammu & Kashmir HIgh Court. BCCC is the independent self-regulatory body set up by the Indian Broadcasting Foundation (IBF) in June 2011 to examine content related complaints of all non-news general entertainment channels in India.
About Indian Broadcasting Foundation (IBF):
President –  K. Madhavan( He is the MD of Star and Disney India)
Headquarters– New Delhi, Delhi 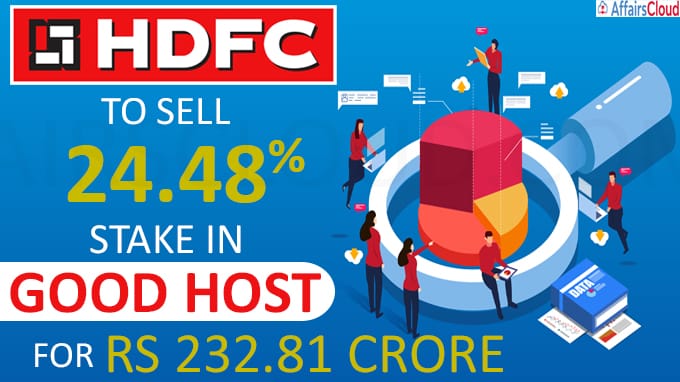 Housing Development Finance Corporation (HDFC) Ltd  announced that it will sell its 24.48% stake(47,75,241 equity shares) in Good Host Spaces Pvt. Ltd for Rs  232.81 crore in 4 months. The details of the buyer is not disclosed. 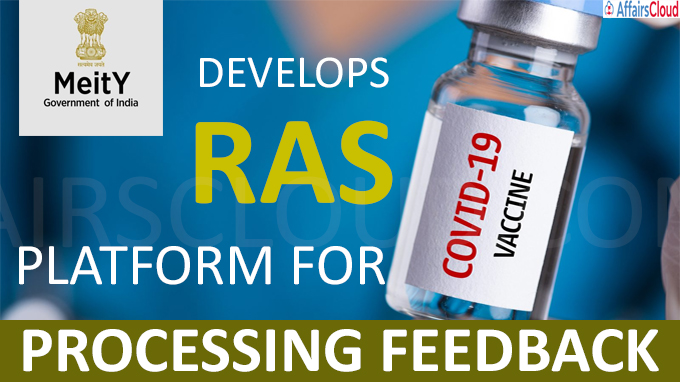 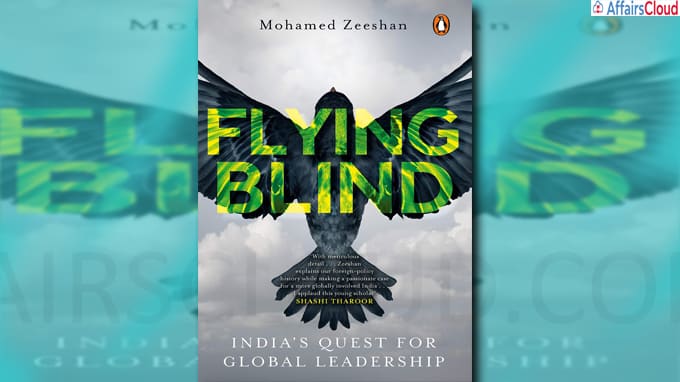 The book titled ‘Flying Blind: India’s Quest for Global Leadership’ is authored by Mohamed Zeeshan, a foreign affairs columnist, consultant and the editor-in-chief of Freedom Gazette. The book is published by Penguin Random House.
Essence of the Book
i.The book describes the difficulties that stand has an obstacle to the current India’s foreign policy, each of which have led to many instabilities in the foreign policy practice,  which in turn has affected India’s interests.
ii.It tries to explain why the ordinary Indian citizen should care about foreign policy and how a more proactive foreign policy can deliver economic growth at home.
About Mohamed Zeeshan :
i.Currently, he is  a staff writer for The Diplomat and hosts a monthly Sunday column in Deccan Herald, titled ‘The Z Factor’.
ii.He also writes for other international dailies, namely, the Straits Times, the Sydney Morning Herald among others.
iii.Previously, he worked with the Indian delegation to the United Nations in New York and with Kearney, the global consulting firm

Fareed Zakaria, a CNN host and one of the “top 10 global thinkers of the last decade” (Foreign Policy), authored the book titled “Ten Lessons for a Post–Pandemic World”.
The book published by Penguin book speaks about the nature of the post pandemic world and the social, political, technological and economical effects that may take years to develop.
The book with 10 lessons includes the acceleration of natural and biological risk, datedness of the political categories, the rise of digital life, globalization and the developing world order split between US and China. 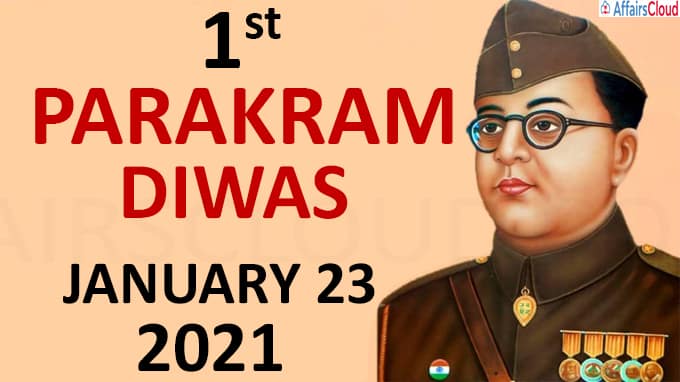 i.On 23rd January 2021, First Parakram Diwas or Courage Day was observed.Ministry of Culture and Tourism published the gazette notification to annually observe the 23rd January as Parakram Diwas starting from 2021.The day honours and remembers the contributions of Netaji towards the nation.
ii.Prime Minister Narendra Modi, addressed the inaugural ceremony of Parakram Diwas at the event organised at Victoria Memorial in Kolkata, West Bengal.
iii.A high level panel of 85 members, headed by PM Modi, has been formed to plan the year-round programmes to celebrate the 125th birth anniversary of Subhash Chandra Bose.
iv.PM Modi released the commemorative coin and postage stamp to mark the 125th birth anniversary of Netaji.
<<Read Full News>> 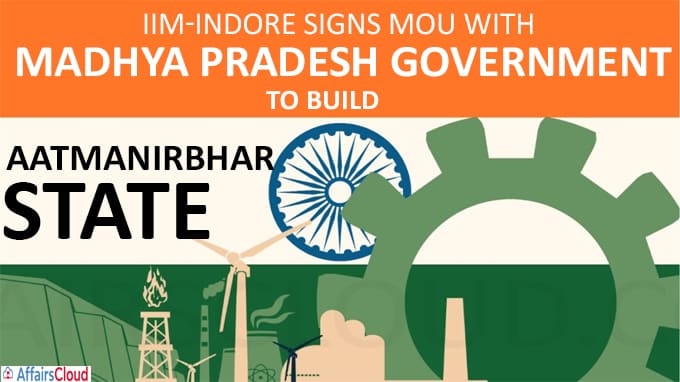 On January 22 2021, Indian Institute of Management (IIM), Indore & Madhya Pradesh Industrial Development Corporation (MPIDC) signed an Memorandum of Understanding (MoU)  to build a roadmap to achieve MP’s goal of ‘Atmanirbhar Madhya Pradesh’, the agreement will be valid for a period of three years.
Objectives of MoU:

Components of the MoU:

Wipro group is set to act as the knowledge partner of the Government of Madhya Pradesh(MP) in the context of the new education policy at the implementation level. WIPRO has taken an initiative to establish a University in Bhopal, Madhya Pradesh and the state government will provide all the required support to the Azim Premji Foundation to establish a university in the MP.
i.The Azim Premji Foundation has been allotted 50 acres of land for the proposed university in Bhopal.
ii.The university in Bhopal is expected to start in the next 18 months.
iii.WIPRO will also establish a Software Development Centre in Bhopal, which will provide more opportunities to the youth in the field of Information Technology(IT).
Contribution of Azim Premji Foundations:
i.Currently the Azim Premji foundation is working in more than 1151 primary and middle scores across Madhya Pradesh.
ii.The foundation conducts activities in around 5 districts and the foundation is working to establish Adarsh Anganwadi at Jawahar Bal Bhawan in Bhopal.
iii.The foundation will also develop a state level research centre for pre-primary education.
iv.The foundation’s cooperation with the state government will extend support to the eradication of malnutrition and nutrition awareness. 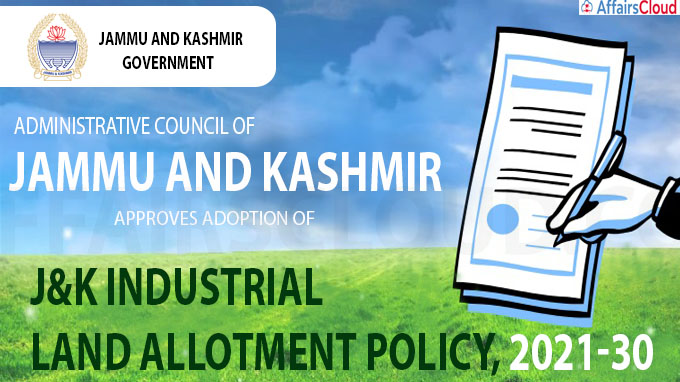 On 21st January 2021, Andhra Pradesh(AP) became the first state to launch door-delivery of rations under the Public Distribution System(PDS). The scheme will benefit 26,39,363 cardholders throughout the state. The scheme will cost an additional Rs. 830 crore per annum.
To deliver the ration, at a cost of Rs.539 crore, the AP government has distributed 9260 subsidised vehicles with GPS tracking facilities, to the eligible unemployed youths.
Each vehicle cost Rs.5.81 lakh, of which, Rs.3.48 lakh is government subsidy.