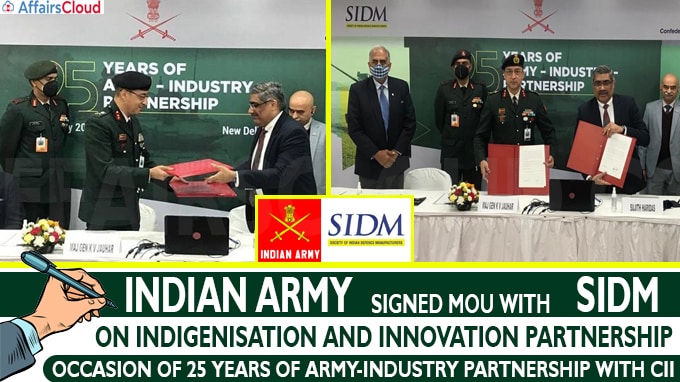 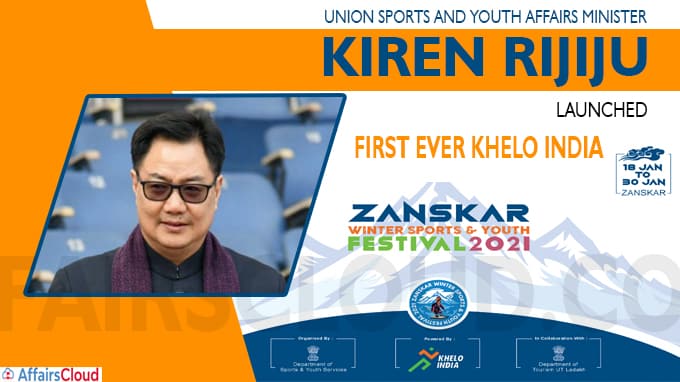 On January 21, 2021, Kiren Rijiju, Minister of State (Independent Charge) of Youth Affairs and Sports inaugurated the 1st ever Khelo India Zanskar Winter Sports & Youth Festival 2021 at Padum in Zanskar of Kargil, Ladakh UT. It will take place for 13 days from January 18-30, 2021 and is organized by  Ladakh’s Sports & Youth Services Department and Tourism Department under the Khelo India program.
i.The Festival is the 1st of its kind to be organized in Zanskar Valley,  Ladakh. 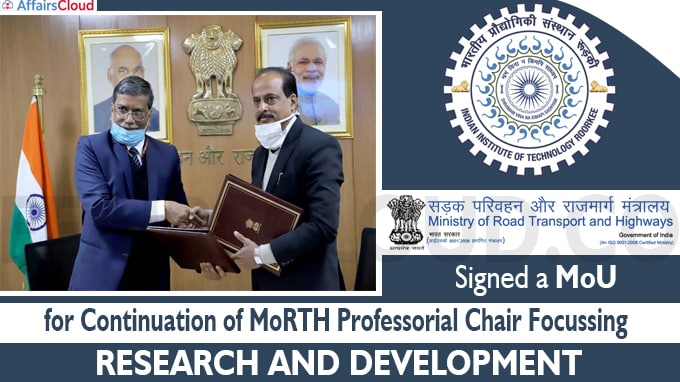 On 21st January 2021, the National Skill Development Corporation(NSDC) partnered with California State University, Long Beach (CSULB) to fulfill the increasing demand for a digitally skilled workforce in India.
The initiative is led by eSkillIndia, the digital skilling unit of NSDC.
Features:
i.Under this partnership ,the platform of CSULB – SkillsCommons and Multimedia Education Resource for Learning and Online Teaching (MERLOT) will be integrated with NSDC’s eSkillindia.org, to encourage e-learning among the youths of India.
ii.The free and access to the industry centered training materials, this partnership will facilitate online training to all.
Benefits:
i.CSULB will provide more than 200 free courses for the skill seekers in India.
ii.The courses from various sectors like healthcare, management, information technology, finance, employability skills will be provided under this initiative.
About National Skill Development Corporation (NSDC):
i.NSDC, a public limited company established by the Ministry of Finance as Public Private Partnership (PPP) Model.
ii.The Government of India holds 49% share capital of NSDC through the Ministry of Skill Development and Entrepreneurship(MSDE) and the Private sector holds the balance 51%.
MD & CEO– Manish Kumar
Headquarters– New Delhi
Incorporated on– 31st July 2008

India is set to send the first group of Military specialists to Russia to train on operating the S-400 air Defence system in Moscow.India will receive the first batch of the S-400 by the end of 2021.

S-400 supplies initiative is one of the flagship projects in the Russian-Indian military and military-technical cooperation. i.In accordance with an article ‘Small Finance Banks: Balancing Financial Inclusion and Viability’ published in Reserve Bank of India’s (RBI) monthly bulletin on January 21, 2021, the assets of small finance banks (SFBs) between financial years (FY) 2017-18 and 2019-20 have grown 150% annually. Their share in total assets of the financial sector stood at 0.4% in March 2019.
ii.The article prepared by Richa Saraf and Pallavi Chavan from the RBI’s Department of Supervision provided an overview of SFB’s business between FY 2017-18 and 2019-20.
iii.There has been rapid growth in the branch network of SFBs. The number of branches of SFBs rose to 4,307 by March 2020, but they are concentrated in urban and semi-urban areas.
iv.The bad loan ratio or NPA ratio is low among the freshers of India’s financial system. Notably their NPA remained moderate inception, which states a healthy asset quality
About Reserve Bank of India (RBI):
Formation– 1 April 1935
Governor– Shaktikanta Das
Headquarters– Mumbai, Maharashtra
Deputy Governors– 4 (Bibhu Prasad Kanungo, Mahesh Kumar Jain, Michael Debabrata Patra, and M Rajeswar Rao)
<<Read Full News>> 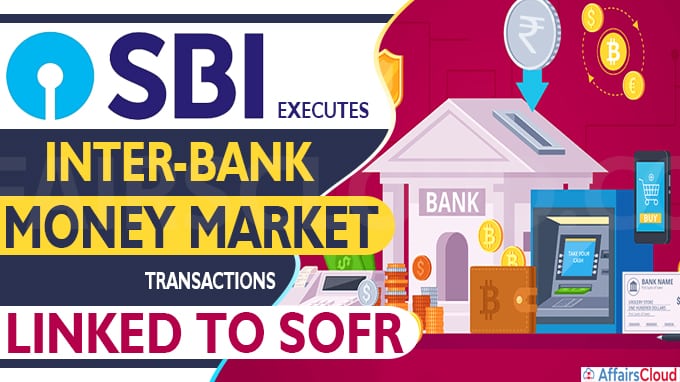 i.On January 21, 2021, the State Bank of India (SBI) has executed two inter-bank short term money market deals with pricing linked to SOFR (Secured Overnight Financing Rate) through its Hong Kong (China) branch.
ii.The transaction states the growth of SBI in Alternate Reference Rates (ARRs).
iii.ARRs are overnight rates which are published at the end of the overnight borrowing period.
iv.It should be noted that SBI is one of the first major banks to sign the ISDA (International Swaps and Derivatives Association) 2020 IBOR Fallbacks protocol on December 11, 2020.
About SBI (State Bank of India):
Founded– July 1, 1955 as SBI
Headquarters– Mumbai, Maharashtra
Chairman– Dinesh Kumar Khara
Tagline– The banker to every Indian; With you all the way; Purely banking nothing else; The nation banks on us; A bank of the common man
<<Read Full News>> Government of India has increased the authorised share capital of Punjab & Sind bank to Rs 10,000 crore from Rs 3,000 crore.The government in 2020 had approved to infuse Rs 5,500 crore capital into the bank by preferential allotment of shares. The fund was approved from Rs 20,000 crore cleared by the Parliament in September 2020 to infuse capital in Public Sector Banks (PSBs)  as part of the 1st batch of Supplementary Demands for Grants for 2020-21. 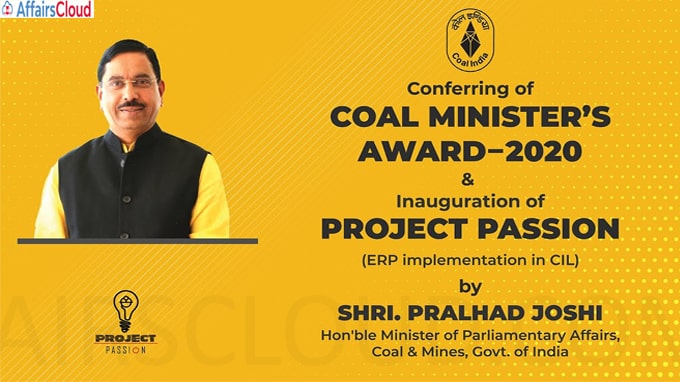 On 21st January 2021, Ukhnaa Khurelsukh, Prime Minister of Mongolia resigned following the public protest against the COVID-19 control measures of the Government. 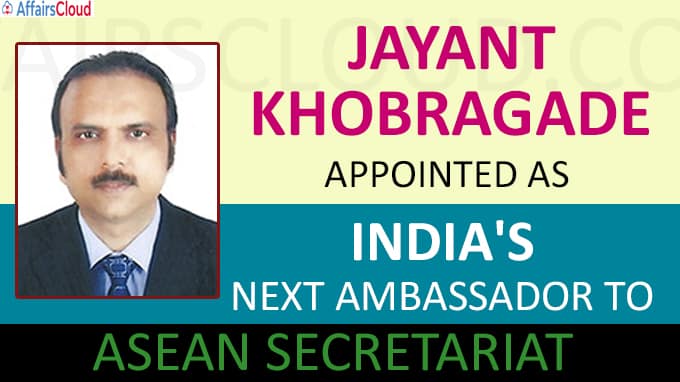 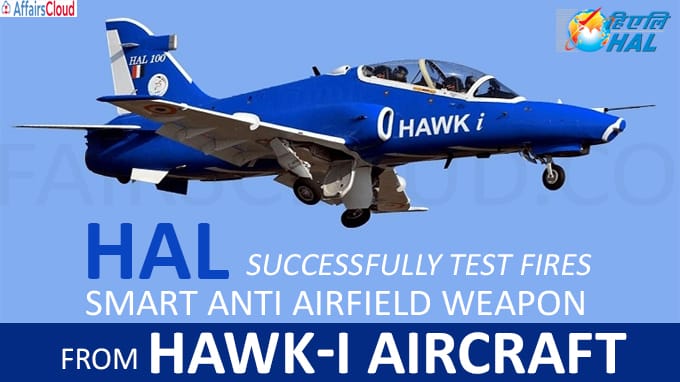 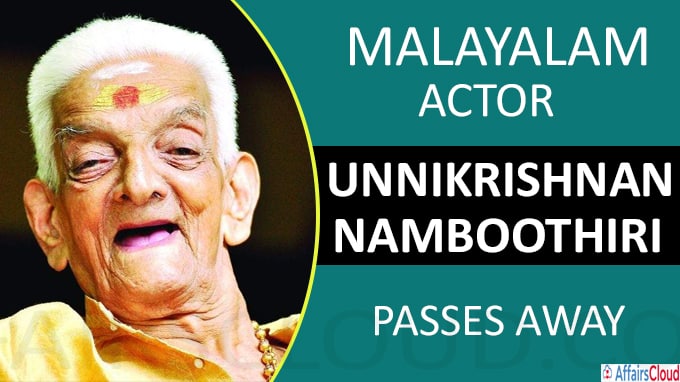 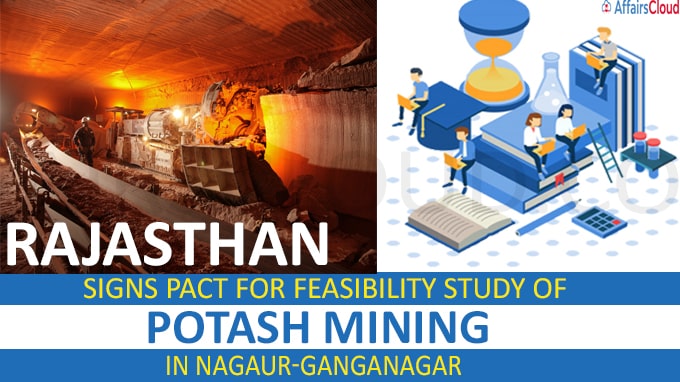 i.On January 21, 2021 Department of Mines & Geology (DMG), Govt. of Rajasthan signed a  tripartite agreement with Rajasthan State Mines and Minerals Limited(RSMML) and the Mineral Exploration Corporation Limited (MECL), Govt of India to take possibility steps towards study solution mining of potash in the Nagaur-Ganganagar area of ​​Rajasthan, covering parts of Sriganganagar, Hanumangarh, and Bikaner districts.
ii.MECL will be the program manager and this will create a path for solution mining which tends to be established as the 1st solution mining hub of potash in India. On January 18, 2021 Assam Chief Minister(CM) Sarbananda Sonowal laid the foundation stone of  Science City at Tepesia, Assam. The total expenditure to build this science city is Rs 184 crore.
Purpose of Science City– To popularise Science & Technology(S&T) at the grassroot
About the Construction:
Cost
i.The main building of the Science City is being built jointly by the National Council of Science Museum under the Cultural Affairs department of the Central Government and Science and Technology Department of the State government. The construction of the main building will cost Rs 110 crore.
ii.The centre and the state government will share the total cost of constructing the science city in 90:10 ratio.
Coverage
The science city will cover 250 bighas(a traditional unit of measurement of area of land) of land and roads, drainage system etc.
Note
Necessary lands have also been available to set up ISRO centre at  Amingaon, Assam. The work of Bio-Tech Park that covers an area of 64 bighas at Amingaon has been completed
About Assam:
River Ports– Dhubri port, Pandu port
Nicknames of Cities- Dibrugarh– Tea City of India; Guwahati- Gateway of North East India

In December 2020, The Government of Uttar Pradesh launched the “Virasat (natural succession) Drive”, a two-month long campaign to end land disputes over succession rights in villages and to resolve the property lawsuits at tehsil and district levels. As of 19th January 2021, under this initiative, the officials of the revenue department have disposed of more than 4.43 lakh cases which were pending for years.