We are here for you to provide the important Recent and Latest Current Affairs 17 April 2021, which have unique updates of Latest Current Affairs 2021 events from all newspapers such as The Hindu, The Economic Times, PIB, Times of India, PTI, Indian Express, Business Standard and all Government official websites. 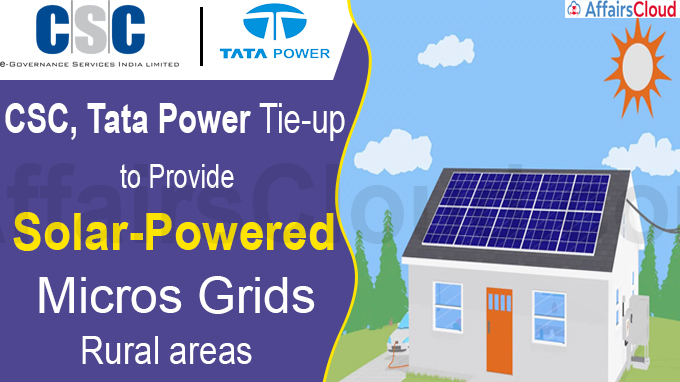 On April 15, 2021, The Common Services Center (CSC), the government’s e-governance services arm made a partnership with Tata Power to set up solar-powered microgrids and water pumps in rural areas across the country.
About the partnership in brief:
Objective: To provide clean and sustainable energy to households and businesses in rural areas.
Affordable Power through Micro grids:

Water Pumps: Tata Power will also provide solar water pumps(rental) to 6000 Farmer Producer Organisations (FPOs)
Employment creation: As per the partnership, 3.75 lakh CSCs will be involved in supplying solar water pumps to farmers and help in setting up micro grids.
About CSC and its structure:
It is an Information and Communication Technologies(ICT) enabled front end service delivery point, formed under the National e-Governance Plan (NeGP), in May 2006 to offer web-enabled e-governance services for G2C (government-to-citizen) and other B2C (business-to-citizen).
Managing Director of CSC- Dinesh Tyagi
>>Read Full News 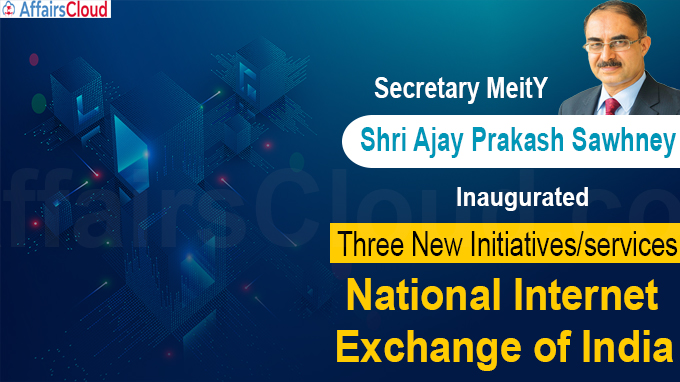 Amendment to Finance Act, 2017
The ordinance also amends Section 184 of the Finance Act 2017, it introduces provisions related to the composition of Search-cum-selection committees and term of office of tribunal members in the Act itself.
About Ministry of Law & Justice
Union Minister – Ravi Shankar Prasad (Lok Sabha – Patna Sahib, Bihar)
>>Read Full News 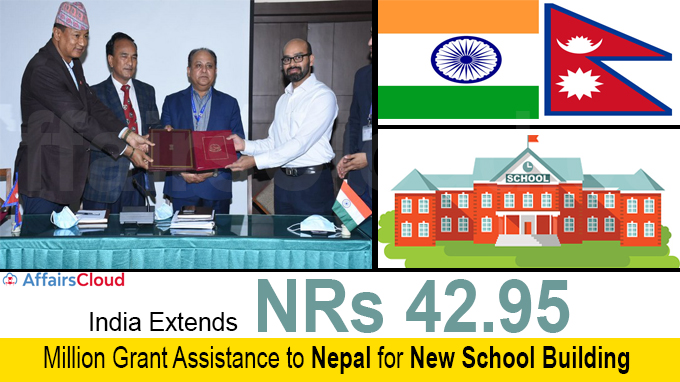 India has extended NPR 42.95 Million (~ INR 2.69 Crores) grant assistance to Nepal for construction of a New Building for a School in Udaypur district of Nepal.

Indian Naval Ship (INS) Sarvekshak, a hydrographic survey ship, is deployed in Mauritius for conducting Hydrographic surveys. The ship carried out deep sea surveys in the coast of Port Louis.

RBI set up RRA 2.0 to Streamline its Regulations and Reduce Compliance 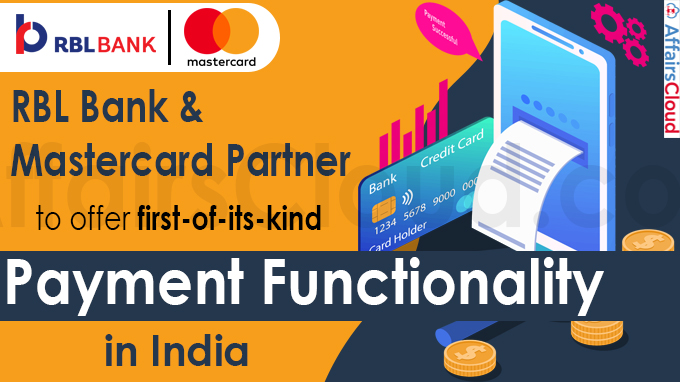 On 15th April 2021 RBL Bank announced its partnership with Mastercard to provide first of its kind payment solution in India through the Pay by bank app. It iis a mobile based consumer friendly payment solution.
NOTE: Through this payment solution – the Pay by Bank app , customers of RBL bank will be able to do contactless transactions both in store and online across the world.
About RBL Bank:
Incorporated in :1943 under the Indian Companies Act,1913.
Managing Director(MD) and Chief Executive Officer (CEO) : Vishwavir Ahuja
Headquarters: Mumbai, Maharastra.
Tagline: Apno ka Bank.
The bank’s name was changed from “The Ratnakar Bank Limited” to “RBL Bank Limited” in August 2014.
About Mastercard:
Executive Chairman: Ajay Banga
Chief Executive Officer(CEO): Michael Miebach
Headquarters: New York, USA
>>Read Full News 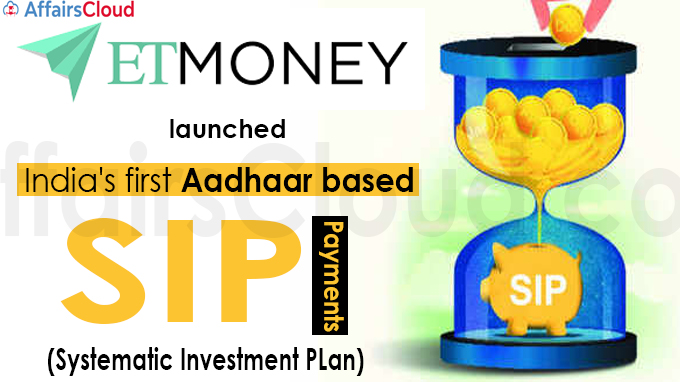 In April 2021, SBI General Insurance has signed a Corporate Agency Agreement with Uttarbanga Kshetriya Gramin Bank(UBKGB) to retail its insurance products.
Purpose of the agreement: Facebook made an agreement to buy renewable energy in India, the company’s first deal in South Asian nations.It will purchase from a 32-megawatt wind power project, located in Karnataka.
i.Facebook and Mumbai-based CleanMax joined hands on for supplying renewable power into India’s electrical grid.The projects will be owned by CleanMax and Facebook will acquire the power off the grid using environmental attribute certificates, or carbon credits.
iii. According to the information provided by International Energy Agency, Data centers driving tech companies like Facebook consumes as much as 1% of the world’s total energy.
Similar projects by Facebook In Singapore–  Facebook has initiated similar kinds of partnerships with energy providers in Singapore such as Sunseap Group, Terrenus Energy and Sembcorp Industries that can produce 160 MW of solar power.
iv.The electricity produced from these plants will power Facebook’s first Asian data centre that is set to start operations in 2022. Suman Chakraborty to get GD Birla Award for Scientific Research

Indian Institute of Technology (IIT), Kharagpur’s Professor Suman Chakraborty has  been selected for the 30th GD Birla Award for Scientific Research for his  outstanding contribution to engineering science and its applications in developing technologies for affordable healthcare.

Ayushmann Khurrana Appointed as the Indian Brand Ambassador of Tecno United States (US) President, Joe Biden had nominated former Astronaut, Bill Nelson to serve as next Administrator of National Aeronautics and Space Administration (NASA). In May 2019, he was appointed to the NASA Advisory Council by former Administrator Jim Bridenstine. He was elected to the US Senate three consecutive times from 2001 to 2019. 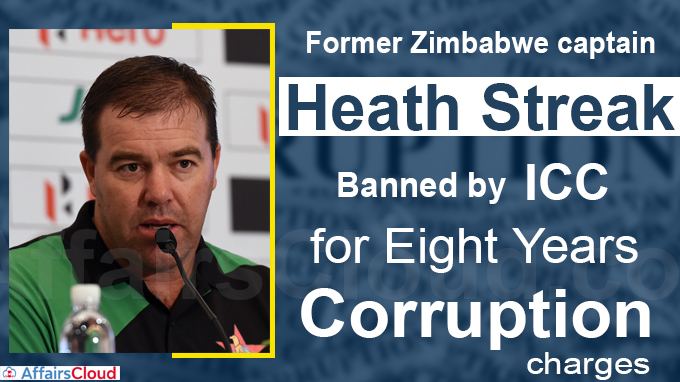 The International Cricket Council (ICC) banned former Zimbabwe captain Heath Streak for 8-years from all forms of cricket for breaching the ICC Anti-Corruption Code.
i.During his tenure as the coach of Zimbabwe cricket team from 2016 to 2018 he leaked the team’s internal information, mainly during the 2018 Tri-Series between Zimbabwe, Bangladesh, and Sri Lanka. 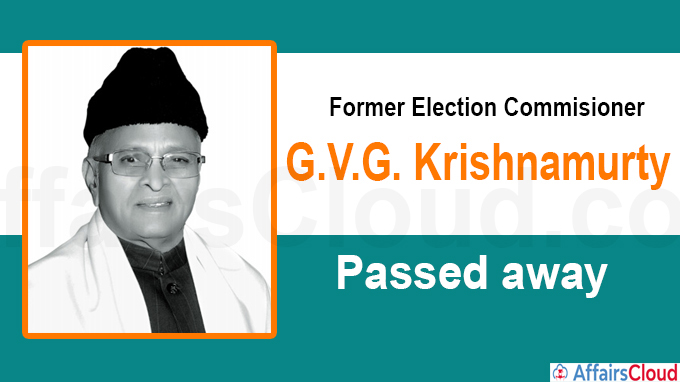 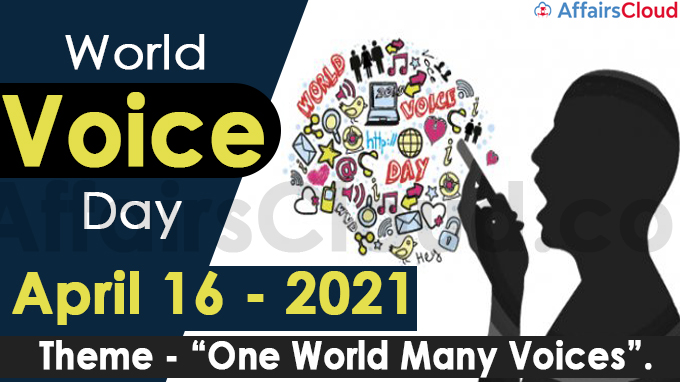 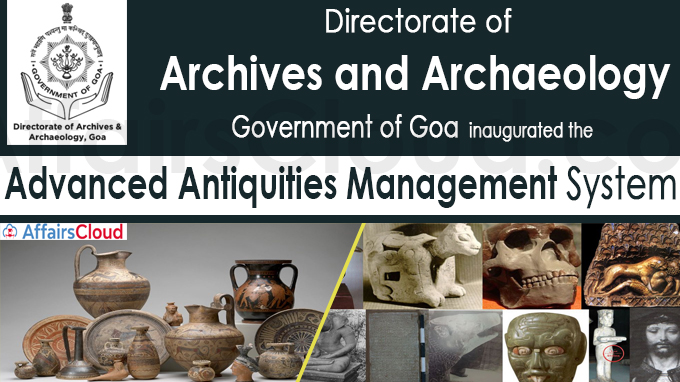