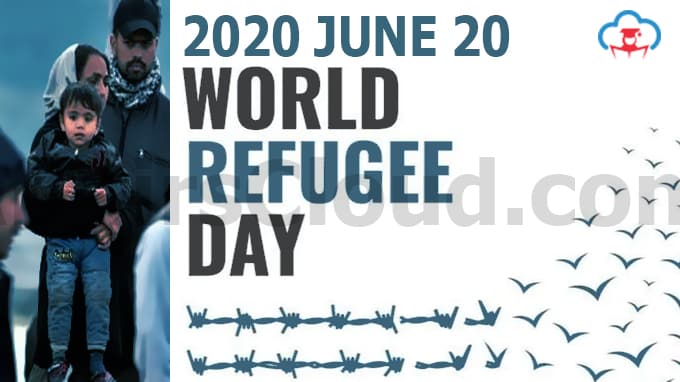 20th June of every year is observed as World Refugee Day to celebrate the strength and courage of the people who were forced to leave their homes and flee their country due to conflicts or persecution. The day was designated by the United Nations(UN) to honour the refugees all around the world.

The theme of this year is “Every Action Counts” to remind that everyone including the refugees can contribute to society in creating a world with equality and equity.

Due to COVID-19 situation, this year’s events are conducted online as virtual events.

ii.The first world refugee day was celebrated on 20th June 2001 to commemorate the 50th anniversary of the 1951 Refugee Convention and its 1967 Protocol help protect Refugees which contains the rights and the obligations of the refugees towards the host nation.

iii.Before the globalization of the day by the UN it was initially celebrated as the African Refugee day by the Organization of African Unity.

Logo:-
The UN Refugee Agency’s (UNCHR) logo is always connected with the Refugee day. The colours used are either white on a blue background or blue on white background. The logo features olive branches that symbolize peace surrounding or protecting two hands facing each other, and in the middle a figure of a person protected by these hands.