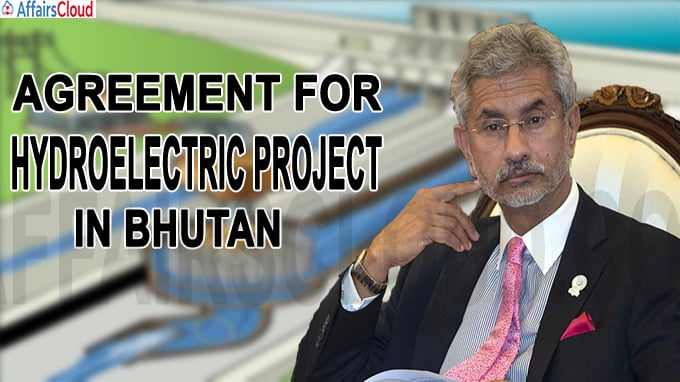 The Bhutan government and the Kholongchhu Hydro Energy Limited signed the Concession Agreement for 600 MegaWatt (MW) Kholongchhu hydroelectric Project (Joint Venture of India and Bhutan) in Thimphu, in virtual presence of Dr. S Jaishankar,Minister of External Affairs and his Bhutanese Counterpart Dr. Tandi Dorji. The project is expected to be completed by the end of 2025.