Swiss president Doris Leuthard will begin her three day visit to India on August 6 2017. She will be received gladly by India’s president Ram nath govind and PM Narendra Modi. These talks will strengthen bilateral ties and it will ramp up trade and investment ties. 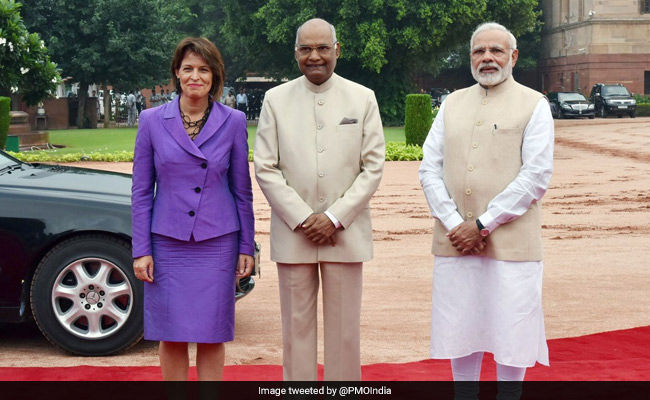 Issues to be discussed in the meet: –
i) The visit is significant as Switzerland is the chair of the Nuclear Suppliers Group where India has been seeking membership.
ii) Both countries will sign trade agreements and a Memorandum of Understanding (MoU) on railway infrastructure.
iii) India and Switzerland will try having new investment protection agreement.

Indo – swiss Relations: –
i) Swiss Presidents have visited India on three occasions earlier in 1998, 2003 and 2007
ii) Modi had visited Switzerland in June last year during which the country had announced its support to India’s membership of the Nuclear Suppliers Group.
iii) The two countries had also resolved to strengthen cooperation in combating tax evasion and black money. Modi stated it was a shared priority for both nations. Switzerland ratified AEOI (Automatic Exchange of Information) last year.
iv) The two nations have signed numerous bilateral agreements in several sectors including trade, development cooperation, vocational education and training, visas, migrations, air traffic, investments, finance, taxation, disaster management, and cooperation in science and technology.
v) In 2018, Switzerland and India will commemorate the 70th anniversary of the Swiss-Indian Treaty of Friendship signed on August 14, 1948. This is an important milestone in Indo-Swiss relations.