I.Study the following information carefully and answer the questions given below

There are eight persons in a family M, N, O , P, Q, R, S and T are sitting around a circular table facing the centre. Among them there are three doctors, two Engineers, two Authors and one Painter. Each person has only one occupation. There are three married couples in the family and no unmarried female. Three generation are there in the family

P has two children. S and T are children of Q and O respectively. R is wife of P and mother of N and M. O is a female but not wife of M 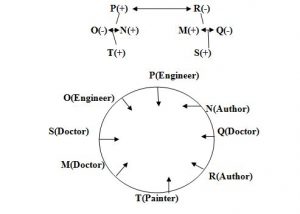 II .Study the following information carefully and answer the questions given below 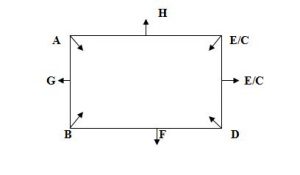