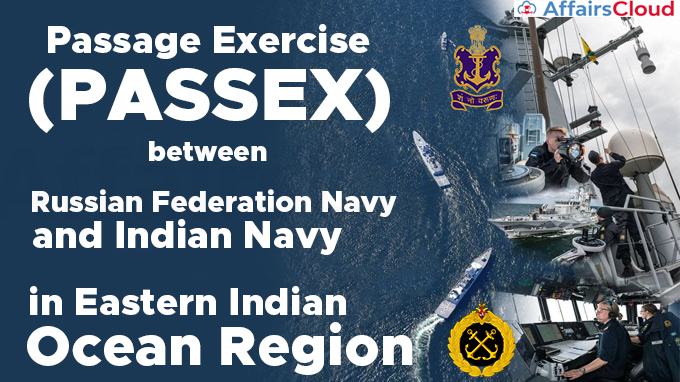 On the occasion of Indian Navy Day i.e. December 4, 2020, a two-day long Passage Exercise (PASSEX) 2020 between Russian Federation Navy (RuFN) and Indian Navy (IN) was held from 4 to 5 December 2020 in the Eastern Indian Ocean Region (IOR).

Aim: To enhance interoperability and assimilation of best practices between both friendly navies.

–Notably, both nations also conducted biennial INDRA Navy exercise. Its 11th or 2020 edition was held in the Northern IOR on September, 4-5 2020. Click Here to Read

–So far, IN had participated in 13 bilateral and multilateral exercises.