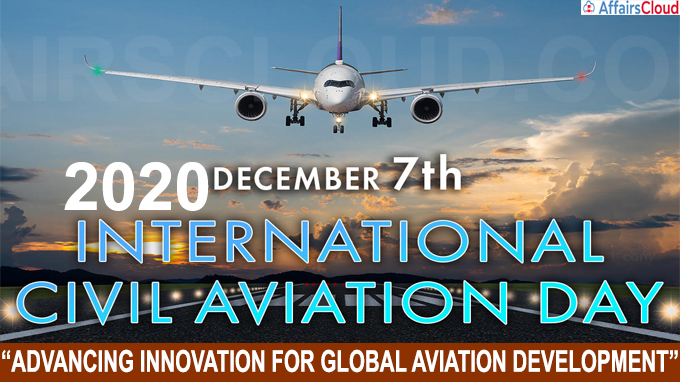 i.The day was established in 1994 as part of ICAO’s 50th anniversary activities where, Convention on International Civil Aviation, also known more popularly as the ‘Chicago Convention’ was signed.

ii.Following the initiative of ICAO with the assistance of the Canadian Government, in 1996 the United Nations General Assembly(UNGA) adopted resolution A/RES/51/33 to recognise December 7 as International Civil Aviation Day in the UN system.

i.The importance of aviation as an engine of global connectivity has been more   relevant to the Chicago Convention’s objectives to look to international flight as a fundamental enabler of global peace and prosperity.

ii.This is because the UN and world nations have adopted Agenda 2030 and has embarked on a new era in global sustainable development

ii.More than 10 million women and men are working in the industry. They ensure whether 120,000 flights and 12 million passengers a day are carried safely to their destinations.

iii.As per the research by the Air Transport Action Group (ATAG), at least 65.5 million jobs and 3.6% of global economic activity are supported by the aviation industry.