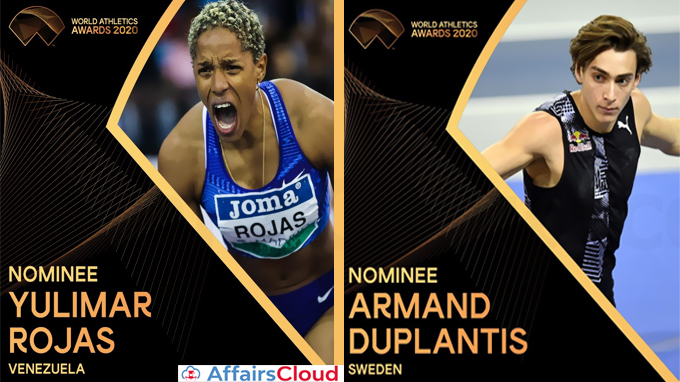 The award winners were named at the virtual ceremony hosted by legendary sprint stars Sanya Richards-Ross and Ato Boldon.

iii.He is the recipient of  Rising Star Award in 2018.

Other Winners of World Athletics Awards 2020:

v.Athletes Community Award– To All athletics clubs around the world

About The World Athlete of the Year:

i.The award is for the athletes participating in events within the sport of athletics organised by World Athletics including track and field, cross country running, road running, and racewalking.

ii.It is annually bestowed for each gender since 1988.

i.On August 21, 2020, National Sports Awards 2020 were announced by the Ministry of Youth Affairs and Sports. The total of 73 awardees in 7 categories will receive their awards from the President of India, Ram Nath Kovind at a specially organized virtual function from Rashtrapati Bhawan on August, 29 2020 i.e. on National Sports Day.