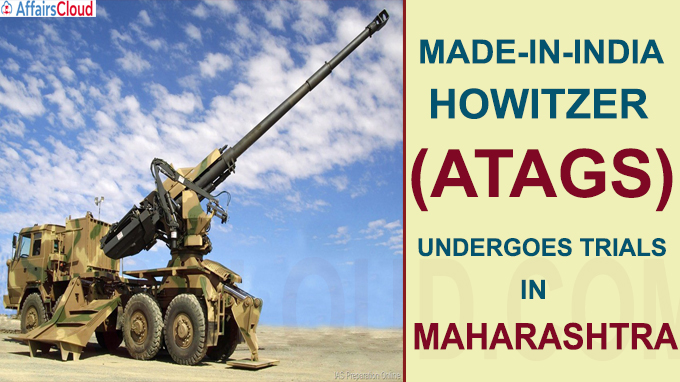 i.The ATAGS project was initiated by DRDO in 2013 for replacing older guns in the Indian Army with the latest 155 mm Artillery Gun.

ii.The ATAGS Howitzer was publicly showcased for the first time at the 68th Republic Day Parade in 2017.

iii.Howitzers are listed in the Negative Import List released by the Defence Ministry on August 9, 2020, which means that they have to be produced in India under Make in India.

i.On August 9, 2020, the Department of Military Affairs (DMA), Ministry of Defence (MoD) decided to restrict import of 101 weapons and military platforms to boost indigenous defence manufacturing on the lines of “Atmanirbhar Bharat”.