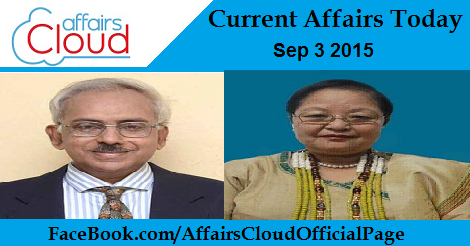 The atlas has been prepared using very high resolution and joint frequency tables have been derived for the entire country at 500m resolution for enhanced accuracy by using the  dynamic meso-micro coupled WRF modelling technique.

Recession is a period of general economic decline; typically defined as a decline in GDP for two or more consecutive quarters.

Husain Bazmi to become the global CTO of ABB in 2016 India gains a place to 155th in FIFA rankings

Coca-cola FIFA (Federation of International Football Associations) released the rankings of world national teams. Ranking is based on the results in all official matches including friendly matches from the last 4 years. This Ranking is vital for determining the seeding qualifications of World Cup and World Cup – group stage.

Binny Yanga, Social Worker from Arunachal Pradesh, passes away at 57 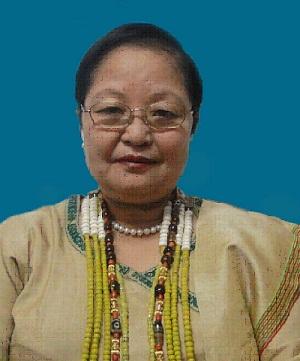 She was in the first batch of the women cadre of the Arunachal Police in 1987. During her work, she was moved by the plight of the women she came across and decided to open a shelter for such victims.

In 1979, she initiated an Adult Education and Nursery Centre in Naharlagun and also a home for girls and victims of child marriage, forced marriages and the destitute. The organisation finally grew and was registered as the Oju Welfare Association in 1988. The association caters to orphans and destitute.

She formed the All-Subansiri District Girls Welfare Association to fight against social evils such as child marriage, forced marriage, dowry among others.

She was a member of the Arunachal Pradesh State Commission for Women and Country Women Association of India.

The Indian Air Force (IAF) commissioned book, The Duels of the Himalayan Eagle: The first Indo-Pak Air War was released by Vice President Mohd. Hamid Ansari at the inauguration of the Tri-Services Seminar to commemorate the Golden Jubilee celebrations of the India-Pakistan War of 1965 in New Delhi.

In the book, the author has tried to club official records, squadron diaries and veteran accounts of the war, who was a young fighter pilot during the 1965-war.