Swachh Surveshshan Cleanliness Index – Mandi & Sindhudurg tops the list
i. Mandi in Himachal Pradesh is the cleanest district in the hilly areas of rural India whereas Sindhudurg in Maharashtra is the cleanest among districts situated in the plains; according to ‘Swachh Survekshan’ or the Cleanliness Index for Rural India released by rural development minister Narendra Tomar.
ii. A total of 22 hill districts and 53 plain areas were assessed under the Gramin Swachh Survekshan launched in May 2016. Mandi was judged as the cleanest district in “Hills” category and Sindhudurg as the cleanest in the “Plains” category, with districts of Sikkim, Shimla (Himachal Pradesh), Nadia (West Bengal) and Satara (Maharashtra) featuring at the top of the index.
iii. On the other hand Bikaner, Ajmer, Pali and Dungarpur in Rajasthan; Ahmedabad, Anand and Panchmahal in Gujarat; Gadag in Karnataka; Sirsa in Haryana and Perambaluru in Tamil Nadu make up the 10 worst performing in cleanliness rankings among the districts in plains.

Chhattisgarh Govt. inked a MoU with Ministry of Civil Aviation to boost regional air connectivity
i. Raman Singh lead Chhattisgarh Government signed a memorandum of understanding (MoU) with the Ministry of Civil Aviation in the presence of Union Civil Aviation Minister Ashok Gajapathi Raju to boost regional air connectivity within the state under the Centre’s Regional Connectivity Scheme (RCS) on September 9, 2016.
ii. Jagdalpur, Ambikapur, Raigarh and Bilaspur will get connected to state Raipur through air services.
Chhattisgarh :
♦ Ancient name of Chhattisgarh – Dakshin Kausal
♦ It is the 26th state and separated from Madhya Pradesh on 1st November 2001. 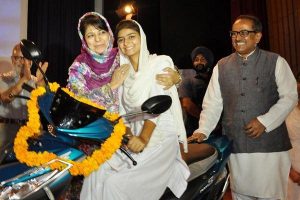 iii. This is the first time in weeks that the state of Jammu and Kashmir is making headlines for a developmental scheme.
iv. The scheme is expected to support women in colleges who come from economically backward people to continue their education.
v. To get benefits of the scheme, a student should have at least 65 per cent marks and her family’s annual income should be less than Rs 4 lakh. Mufti distributed Scooties at two colleges for women — Women’s College Parade and Women’s College Gandhi Nagar. Both colleges have been allotted 150 scooties each.
vi. Of the 312 applications from Government College for Women Gandhi Nagar, only 150 met the criteria.Before two months state finance minister Dr. Haseeb A. Drabu declared   College going girl students would   be given a 50 percent subsidy on purchase of a Scooty.
♦ State: Jammu& Kashmir
♦ Capital: Jammu (in Winter) & Srinagar (in Summer)
♦ Governor: Narinder Nath Vohra

Centre sanctions Rs.359 crore to states for dalit welfare
i. The Social Justice and Empowerment Ministry sanctioned Rs.359.52 for the welfare of dalits as part of its special assistance scheme.
ii. Under the scheme of Special Central  Assistance (SCA) to Scheduled Class Sub Plan (SCSP) for the year 2016-17, the   amount of  Rs.359 crore has been released to 18 states.
iii.The main objective of this special central assistance for SCs was to give a thrust to family oriented schemes of economic development of SCs which are below the poverty line.
iv. 10% of the funds released as special assistance to states/UTs in a year can be utilised for infrastructural development programmes in villages having a dalit population of more than 50 per cent.
v. 15 % of the total funds released to the states/UTs should be utilised for economic development programme for SC women and five per cent for economic development of disabled persons among SC population.

QS University rankings – NUS, NTU bags their spots in top 15
i. The National University of Singapore (NUS) and Nanyang Technological University (NTU) have maintained their spots among the top 15 varsities in the world, according to Quacquarelli Symonds (QS) global university rankings for 2016/2017.
ii. QS Ranked a total of 916 institutions this year. It surveyed more than 74,600 academics and 47,700 employers, and more than 3,800 institutions were considered.
iii. The Singapore Management University (SMU) also made its debut in this year’s edition, entering in the 431-440 band. In comparison, NTU ranked 19th worldwide for this metric, while NUS ranked 25th.
iv. Meanwhile, the Massachusetts Institute of Technology emerged top in this year’s global rankings, while Stanford University overtook Harvard University to take second place.

South-East Asia Countries to set up fund to prepare for health
i. India along with 10 other member countries of WHO’s South-East Asian Regional Committee has decided to set up a dedicated fund in the 69th session of WHO Regional Committee Meeting at Colombo.
ii. This joint funding stream under the South-East Asia Regional Health Emergency Fund (SEARHEF) to help countries better prepare for such events was seen by the countries as a key priority for the regional health agenda.
iii. The new funding stream will allow countries to invest in infrastructure and human resources that will enhance preparedness
iv. The region comprises 11 countries – Bangladesh, Bhutan, Democratic People’s Republic of Korea, India, Indonesia, Maldives, Myanmar, Nepal, Sri Lanka, Thailand and Timor-Leste. 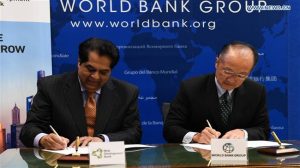 Brazilian aircraft manufacturer Embraer’s deal with DRDO under bribery cloud
i. A major big defence corruption probe is prepared to  come to  India. It’s a joint US Brazil investigation into bribery charges against Brazilian aircraft manufacturer Embraer that has been expanded to include the sales made to India.
ii.In July 2008, India signed a $210 million deal to acquire three Embraer 145 jets for its airborne early warning system programme.
iii.As per the deal, the radar and other systems would be developed by DRDO and the Brazilian firm would assist in integrating the system to the aircraft
iv.The contract was inked in 2008 with the Defence Research and Development Organisation (DRDO) for a project to develop a new range of early warning and control aircraft.
v.This was a result of investigation launched on the basis of the information US Department of Justice shared with Brazilian authorities.
vi.Embraer, which has not denied the charges, that it is cooperating with authorities on alleged violations, and confirmed that it has expanded an internal investigation. 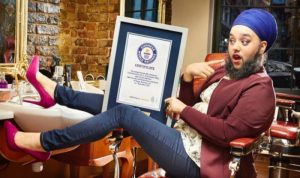 i. Harnaam Kaur, a 24-year-old British Sikh model-cum- campaigner sporting a six-inch-long facial hair has entered the Guinness World Records as the youngest female with a beard.
ii. In March, she became the first female with a beard to walk the runway at London Fashion Week.
iii. Kaur has polycystic ovary syndrome, a hormonal condition that can result in the growth of excess facial hair. 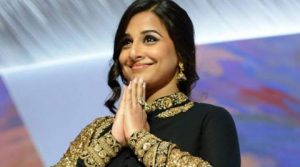 China tests quantum radar capable of beating stealth technology
i. A Chinese firm has reportedly developed and tested a radar system that is capable of beating the stealth technology of modern military craft.
ii. The first Chinese quantum radar was developed by the Intelligent Perception Technology Laboratory of the 14th Institute in CETC. The radar was tested in mid-August.
iii. The system was able to detect a target at a range of 100 kilometers in a real-world environment. The device employs single photon detection technology
iv.Quantum radar is a device that uses quantum entanglement photons to provide better detection capabilities than conventional radar systems.
v.The technology have found application in the field of  biomedicine, since quantum radar requires lower energy and can be used to non-invasively probe for objects with low reflectivity such as cancer cells. 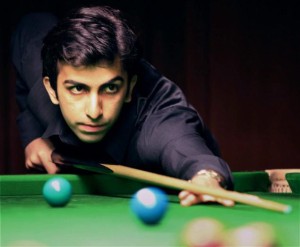 ii. Advani became the first in the world to hold both world and continental titles in 6-Red snooker at one  time
iii. In the quarterfinals, he received a walkover from Michael Holt who withdrew due to personal reasons.
iv. Pankaj Advani  is an Indian professional player of English billiards and former professionalsnooker player.
v. He also received  several awards such as —Arjuna Award in 2004, Rajiv Gandhi Khel Ratna in 2006, and Padma Shri in 2009

Chris Gayle launches autobiography ‘Six Machine’ in Delhi
i. A Jamaican cricketer Chris Gayle has penned down his life story in an autobiography called – ‘Six Machine’.
ii. His autobiography was published by Viking – Penguin UK.
iii. The book was unveiled by Anurag Singh Thakur, President of the BCCI and Virendar Sehwag at a gala event in Delhi, which was organised by Dunamis Sportainment in association with Penguin India 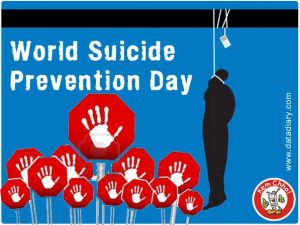